Click here to read the full article. In the last couple of months, United Talent Agency (UTA),which represents artists including Post Malone and Chance the Rapper, has closed 165 brand partnership deals for its artists. Co-heads of UTA’s music brand partnerships division Alisann Blood and Toni Wallace say they expect to […]

In the last couple of months, United Talent Agency (UTA),which represents artists including Post Malone and Chance the Rapper, has closed 165 brand partnership deals for its artists. Co-heads of UTA’s music brand partnerships division Alisann Blood and Toni Wallace say they expect to close twice as many deals as in 2020 as in a more typical year.

“In the early days of the pandemic, it was just everything heightened on steroids” — Toni Wallace, United Talent Agency Co-Head of music brand partnerships

As concerts and tours — which are many artists’ largest revenue stream — stay on hold, digital brand-marketing partnerships for musicians are skyrocketing, reps from several major talent agencies tell Rolling Stone. With stars staying inside, they’ve had more time to devote to partnership ideas, from for-profit brand deals to charity initiatives responding to COVID or the police killing of George Floyd.

Brand partnerships amid the pandemic are fast-paced and creative. Along with sponsored content and paid social media posts, artists who are usually game to appear at corporate events have shifted to Zoom and Instagram Live sessions. Some partnerships that typically take shape over several months or even a year have been worked out in a matter of days or weeks. Brands can approach agencies on a Monday and have a deal locked in the following day, Wallace says. None of these deals are a replacement for live touring — but in the interim, for artists and the layoff-plagued agencies alike, it’s a bright spot in a tough economy.

UTA worked with Bumble to set up a virtual date between Common and Tiffany Haddish — a deal that took less than a week to close. And when the food company Daily Harvest needed an act to write and record a jingle for a new plant-based ice cream, International Creative Management’s (ICM) head of global branded entertainment Carol Goll tapped client Boyz II Men, who wrote, recorded and made a video for the jingle in less than two weeks. “We’ve always been nimble at getting things done quickly for our artists and our partners,” Wallace says. “But in the early days of the pandemic, it was just everything heightened on steroids.”

But the nature of these shows are changing. Brands are now looking to partner with artists for more substantial concert experiences that take more resources: These include pay-per-view style livestreams, shows from crowd-less venues and gamified VR performances.

“I think through the next six months, that is going to ramp up, that’s going to be a bit more of the norm of our clients as reality hits further,” says ICM agent Randy Freedman, who handles brand deals across the agency’s music department. “You see Coachella and Stagecoach cancel until next year, and now artists have to really have to think ‘how do I get in front of my fans?’ It doesn’t matter what situation we’re in, people want good live entertainment, and that’s where we’re focusing now.”

The streams’ quality problems have partially driven this change. While fans were hungry for any performances back in March, corporate dollars for artists’ cell-phone recordings in their living rooms are tapering off: An iPhone camera and at-home internet connection make for hit-or-miss quality, and engagement past a couple minutes has been low, agencies say. But more substantial experiences like Travis Scott’s highly-produced Fortnite concert have had a better payoff. “The quality of the first shows weren’t great, but this industry was adapting really quickly,” Worcester says. “What we’re going to see with this version 3.0 that we’re about to enter into — if you do virtual performances, they’re going to use professional sound stages, so the quality of the audio as well as the picture will be a thousand times better.”

K-Pop supergroup BTS held a paid livestream recently that sold 756,600 virtual tickets at $26 and $35 a stub. While few acts have the massive dedicated fandom BTS does, even a smaller-scale version of the concept is drawing the industry’s eye. Indie act Waxahatchee is charging $15 to catch a show on the platform Noonchorus. Adult contemporary mainstay Josh Groban charged a premium price of $55 for ticket/t-shirt packages for his paid livestream show on Saturday; standard tickets went for $20.

First Tube Media, a marketing company that specializes in branded live-streaming performances, says it has seen a 300% bump in year-over-year revenue. Like some livestream production companies that kicked into high gear in recent months to meet the demand for shows, First Tube sends video kits to artists to provide higher quality streams. Andrew Beranbom, First Tube’s founder and CEO, says brands are now more bullish for these types of experiences as other marketing options drift out of possibility — and the number of interested artists is high.

Since the pandemic started, First Tube has done sponsored streams with companies including Northwell Health and MasterCard featuring artists like Camila Cabello, Questlove and Meghan Trainor. Beranbom believes an overwhelming majority of brands will keep pursuing sponsored streams after the pandemic. Some research would back that: A recent study from brand and marketing specialist Momentum Worldwide suggests 44% of fans want brands to sponsor livestreamed concerts.

“We’re seeing this moment for our business where we can show demonstrable ROI for these companies,” Beranbom says. “We saw the noise really early on on this low-quality content, but now the engagement is under 30 seconds. We’re premium, our watch times are over eight minutes. We’re driving clear business value.”

Agencies maintain that despite the increase in volume, they’re still focusing heavily on getting their artists deals that feel genuine — so social impact and charitable causes have played a major role in many of the deals. Artists and agents have still been picky about their sponsors, they say. Shari Lewin, a partner in commercials at WME, says nearly every deal WME has made through the pandemic has had a charitable component. All the agents and reps say that digital livestreams are here to stay, and that more socially conscious branding will likely stick around too.

While the industry has embraced the new normal, it’s tough to tell how much of the current branding strategies will stick around when physical opportunities return. The fast-paced deals can be convenient — but they lead to longer work days and a learning curve for all parties.

“Some of the things we’ve found in COVID were that to do an eight-hour production day, where artists would generally have to travel to L.A. or to another location, and there had to be 50 people on set, some of that we won’t have to do anymore [in a post-COVID world],” Lewin says. “Some of these can be self-shot. Not everything has to be an eight-hour production day. We know that now. We’ve seen that we can have artists do things from home where they aren’t full glam, and without needing to have their publicist and manager hair and makeup, each of those people physically present. But it’s still a great experience.”

See where your favorite artists and songs rank on the Rolling Stone Charts.

25 Easy Ways to Be Kinder to Others (and Yourself)

Mon Jun 29 , 2020
Real talk: The world is kind of a mess right now. And some of the struggles that we’re facing seem so monumental that it’s easy to feel down about the current state of affairs. But rest assured—there are things you can do to help those around you. You can sign […] 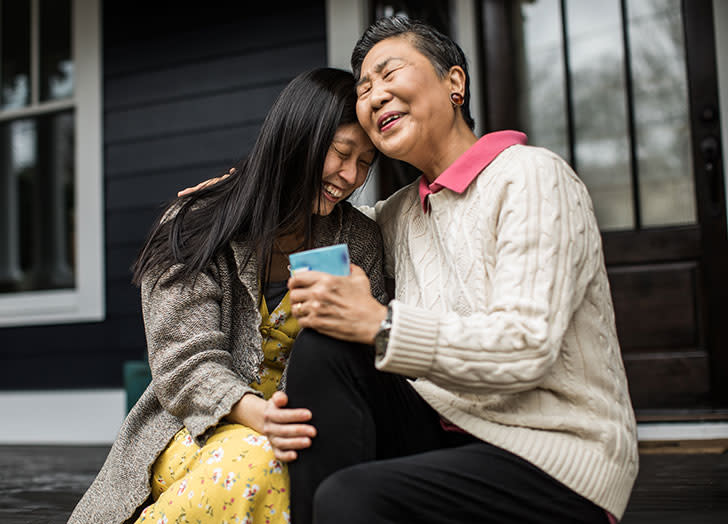