Twelve midsize to large corporations – all with more than $10 million in debt – filed for Chapter 11 bankruptcy protection during the third week of June, another consequence of the coronavirus pandemic and continued trouble in America’s oil industry. The filings represent the highest weekly total of the year, and experts believe […]

Twelve midsize to large corporations – all with more than $10 million in debt – filed for Chapter 11 bankruptcy protection during the third week of June, another consequence of the coronavirus pandemic and continued trouble in America’s oil industry.

The filings represent the highest weekly total of the year, and experts believe this is just the beginning of a bankruptcy tsunami that will wash over the country’s largest companies this summer and then drench both smaller businesses and individuals if government stimulus money dries up.

“I very much expect to see the numbers continue to rise” said Ed Flynn, a consultant for the American Bankruptcy Institute, a nonpartisan research organization. “Every day there are more rumors of this or that company, and the rumors are almost never wrong.”

The types of companies affected are unsurprising. Since the start of the pandemic, they have included businesses that consumers have studiously avoided, from rental car companies, restaurants and department stores to gyms and health care companies offering elective surgeries and procedures. The fitness studio chain 24 Hour Fitness Worldwide and AAH holdings, which operates clinics that help clients overcome addiction, were among the latest batch of filers.

Mask rage: ‘I have a breathing problem,’ yells maskless Trader Joe’s shopper who was kicked out of store in viral video

Companies seeking protection from their creditors also include oil and gas producers and suppliers that have been battling oversupply and low prices in world markets for more than five years now. When prices plunged again in February due to concerns about a global economic downturn brought on by the coronavirus pandemic, an increasing number of energy companies were forced to file.

At least 24 oil and gas companies filed from April through June – nearly twice as many as during the first three months of the year, according to Haynes and Boone LLP, an international law firm based in Texas. Four of those companies – Texas-based NorthEast Gas Generation, Colorado-based Extraction Oil & Gas, and Chisolm Oil and Gas and Chesapeake Energy, which are both from Oklahoma – filed in the last two weeks of June.

“This trend should continue through the remainder of 2020 and into 2021,” said Charles Beckham, a partner in Haynes and Boone’s restructuring practice. “Unless commodity prices have a majestic increase, many producers will seek relief in bankruptcy court with the hope that will bring them back to a rational place where they can continue to produce and service their debt.”

Besides the catastrophic events that sent everything from oil and gas producers to major retailers into a tailspin – plunging oil prices and the coronavirus pandemic – there is something else that they all have in common: High levels of debt.

Given the extraordinarily low-interest rates of the past decade, companies in the United States now have higher debt loads than at any time in history, according to Jonathan Lipson, a professor at Temple University Beasley School of Law.

It’s all that debt, which was taken out in good times – often with the help of private equity investors – that’s put them in a tough spot now their revenues have been disrupted, Lipson said. Many of these companies can’t make interest payments and an increasing number will need to reorganize under Chapter 11 or liquidate their holdings and go out of business under Chapter 7.

The good news, Lipson said, is that the financial system is not as skewed as it was at the outset of the Great Recession in 2008. The people who took on all this debt are sophisticated businessmen and women, and the loans they are dealing with are more straightforward than the convoluted mortgage products that roiled financial markets a decade ago.

“There will still be a lot of pain that they’ll have to go through,” Lipson said. “But it will be a different kind of pain, and the recovery might not take as long because it involves fundamentally sound companies. Their debt may be overpriced, but it can be renegotiated.”

More bankruptcy court judges might be needed as the number of cases ramps up, Lipson added, but the system should be able to handle the flow.

At the moment, the system is far from overburdened, experts say. The busiest courts are in Texas, Delaware and the Southern District of New York. That’s where the bulk of the oil and gas bankruptcies are taking place and where the really big Chapter 11 filings like retailers J.C. Penney and Nieman Marcus and rental car behemoth Hertz are taking place.

Other bankruptcy courts are less busy than usual. That’s because personal bankruptcies for January through May are down by 22% compared with last year, according to the American Bankruptcy Institute.

“But these measures are only temporary,” Altman said. “At some point, they’ll run out and personal bankruptcies will surge.”

In the meantime, Altman believes corporate bankruptcy filings will continue to rise, and that 2020 will prove to be one of the busiest years since the Great Recession – especially for companies with more than $100 million in total liabilities.

A total of 93 companies with more than $100 million in debt have filed for Chapter 11 bankruptcy protection through June 22, he said. If that pace continues,196 will file by the end of the year, which will be the second-highest total ever after 2009.

“There is some talk of the economy opening and unemployment coming down,” Altman said. “But I’m pretty convinced bankruptcies will continue to go through the roof.”

There are plenty more restaurants, department stores, movie theaters, hotels, cruise lines, rental car companies and even airlines that will need protection before the year is out, Altman said, and he’s not the only one that feels that way.

Melissa Kibler, senior managing director in the Chicago office of Mackinac Partners – a turnaround and restructuring firm – also believes the U.S. economy is at a turning point and bankruptcy courts will play a major role in determining the way forward.

“Any time you have a significant disruption like this it’s going to create winners and losers and systemic change,” Kibler said. “We have industries that are evolving, and on top of that we have overlaid the COVID pandemic and that has forced a lot of changes.”

This is a moment when the weak companies are purged, she said.

Pier 1, for example, had plans to reemerge from bankruptcy after selling off half its stores. But when the pandemic hit, the eclectic home furnishings retailer lost its potential buyer and now must liquidate its holdings and go out of business.

“They’ve survived because there’s been a lot of stimulus focused on them,” Kibler said, “but their longer-term recovery is less certain. People need a vaccine before they’ll be comfortable resuming their former dining habits.”

Real estate falls smack in the middle, Kibler said. As business moves away from the malls, as shoppers buy more of their groceries online, as more and more companies abandon expensive urban office space, allowing employees to work from home, commercial real estate will have to be repurposed.

“There will be a lot of turmoil until the travel sector becomes normalized,” Kibler said. “The question is whether you can last long enough to get to the other side.”

As far as the oil and gas industry goes, few are predicting a recovery soon.

Energy producers got themselves into this mess back in 2010 through 2014 when they borrowed money and bid against each other to buy up prospective shale reserves around the country suitable for fracking, explained Beckham, the partner in Haynes and Boone’s restructuring practice.

When prices were high, oil and gas companies made money and transformed the United States from a net oil importer to an exporter. But Saudi Arabia didn’t like losing market share and fought back by opening its spigots, creating excess supply and causing oil prices to plummet from above $100 a barrel in the summer of 2014 to half that price the following year. Dozens of heavily indebted American companies were forced to file for bankruptcy protection.

Instead of capping their wells and going out of business, U.S. producers adjusted to the new costs, said Buddy Clark, a partner with Haynes and Boone’s energy transaction group. “Technology rose to the occasion. The industry came up with significant cost-cutting innovations and production continued at $55 a barrel.”

With the onset of the pandemic, however, oil prices plunged again, dipping briefly below $20 a barrel in April, before recovering to just under $40 a barrel in June.

Clark said it costs U.S. producers anywhere from $12 to $35 a barrel to get the oil out of the ground depending on where they are operating. That’s called the “lifting cost.” On top of that, they have the cost of servicing their debt. As long as oil prices are higher than the lifting cost, companies have an incentive to keep producing and to renegotiate their debt.

But times are grim. Morgan Stanley, the giant American investment bank, is predicting oil prices will not rise above $40 a barrel for the next two years.

Even if companies are able to reorganize and emerge from bankruptcy, it will be difficult for them to find investors willing to pump more money into expanding production.

“Until investors foresee a rebound in oil demand and increasing commodity prices,” Clark said, “producers will have a hard time attracting any new money in the industry.”

Tue Jun 30 , 2020
ALGONQUIN AND LAKE IN THE HILLS, IL — Charlie, Lucy and all the other family dogs making your lives richer are more likely to run away on July 4-5 than at any other time of the year as they flee in terror from the booming fireworks displays commemorating Independence Day. […] 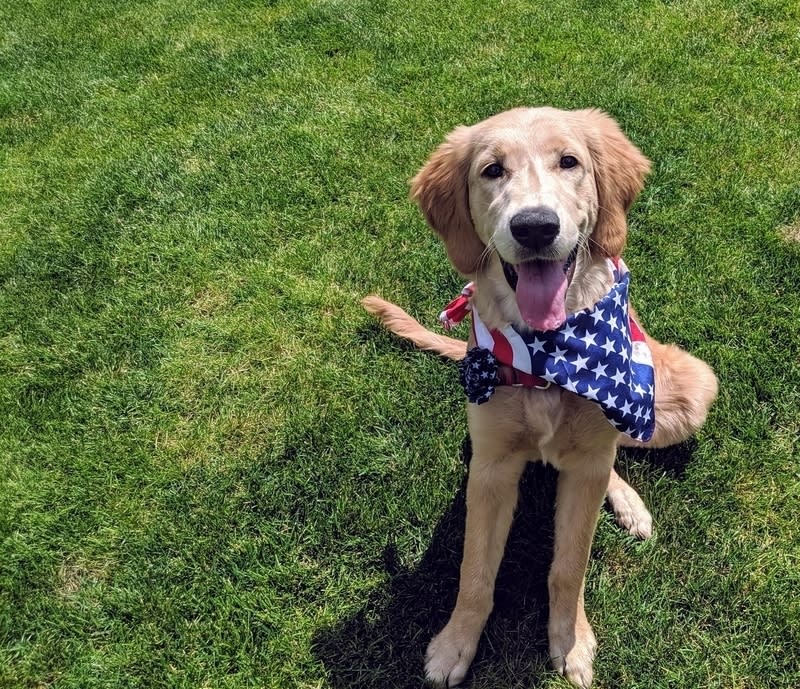