“After months in lockdown we’ve been so looking forward to a holiday,” says Michelle Last. It’s a longing shared by millions of Britons. But when Michelle and her two young children turned up at the Gatwick Airport boarding gate last weekend for a flight to Greece she was not allowed […]

“After months in lockdown we’ve been so looking forward to a holiday,” says Michelle Last. It’s a longing shared by millions of Britons.

But when Michelle and her two young children turned up at the Gatwick Airport boarding gate last weekend for a flight to Greece she was not allowed on the flight.

“It’s such a shock. EasyJet didn’t tell us why at first. We were just asked to step aside,” Michelle said. “There was another couple who also couldn’t get on.”

And it seems they are not alone in being refused a flight to Greece at the last minute. On Wednesday, the BBC was told of families not being allowed aboard an early morning EasyJet flight to Kefalonia.

Britain’s biggest travel company, Tui, says there have been a “small number” of passengers not being allowed to travel to Greece after turning up at airports.

And Greece’s embassy in London acknowledged that it was hearing of more such incidents.

So, what’s the problem? “It’s the confusing forms you have to fill in now to travel to Greece,” Michelle says. “I’m a lawyer, so I’m used to form-filling and small print. But with these, it’s so difficult to understand.”

She’s talking about new online Passenger Locator Forms that the Greek government mandates must be filled in for every traveller to the country.

It’s a coronavirus safety measure so people can be tracked in case of emergencies. Travellers must fill in a form at least 24 hours before departure, and receive a QR code to print out or download on a phone.

But Michelle’s experience is a warning for anyone planning a trip to one of Europe’s top holiday destinations. It might not be so easy.

She and children Elena, 12, and Edward, 9, have now managed to get to Halkidiki, northern Greece – but much later than planned and after spending a further £700.

After a long wait at the boarding gate while other passengers filed onto the aircraft, Michelle was told it was because her details were incorrect. She had filled in a form but then tried to add a third person, her son.

The QR code didn’t cover the three of them. Michelle said: “The website is unclear. The other couple who were refused boarding hadn’t even heard about the forms.”

Because of security restrictions and the need to retrieve luggage, it was only after about four hours – and a lot of tears – that the group left the airport.

Michelle condemns what she says was EasyJet’s indifference to their plight: “I’m not sure they really cared.”

However, determined to take her children on holiday – they had planned to go to Majorca, but that was scrapped because of renewed restrictions on travel to Spain – Michelle re-booked flights to Greece on her phone as soon she left the terminal.

It cost hundreds of pounds more, and they couldn’t get direct flights. Then they all went home to begin the online form-filling again.

Easyjet said it was a requirement from the Greek government that airlines should check forms and refuse travel to those whose details were incorrect.

The company said if passengers were refused entry to Greece at the country’s border control, airlines were obliged to ensure the customers’ safe return.

“Of course we understand the impact of a passenger not being allowed to travel. We try to make people aware of the requirements as much as we can,” the company said.

“We know that these new entry requirements are different to how many of our customers are used to travelling, which is why we are ensuring that customers have clear guidance on what they must do to prepare for their flight and are notifying them of any requirement to complete a health declaration form before they travel.”

Travel company Tui, which has recently increased flights to Greece as more people shun Spain because of the recent restrictions, said it also did all it could to make people aware of the forms.

Tui said in a statement: “Following the introduction of passenger locator forms for customers travelling to Greece, customers need to produce a QR code in order to board the plane and failure to do so will result in customers not able to travel.

“We can confirm that only a small number of our customers have been impacted by this.

“We notify our customers via text message and email to remind them to complete their form prior to their departure.”

However, in addition to complaints that the forms are confusing, passengers have also complained that they are not being sent QR codes in time.

Although the forms are available on the UK Foreign Office website, the requirements and processing are set out by the Greek government.

The embassy in London acknowledged that there had been some limited problems for UK travellers to Greece. But a spokesperson said it was also aware of airlines incorrectly interpreting the rules.

“Sometimes the airlines are asking for different codes for each passenger. Only one form per family is needed,” the spokesperson said.

The UK Foreign Office told the BBC: “The authorities in the country or territory you’re travelling to are responsible for setting and enforcing the rules for entry.

“If you’re unclear about any aspect of the entry requirements, or you need further reassurance, you’ll need to contact the embassy, high commission or consulate of the country or territory you’re travelling to.”

Meet Zhang Yiming, the secretive Chinese billionaire behind TikTok who made over $12 billion in 2018 and called Trump's demands to sell the app 'unreasonable'

Wed Aug 5 , 2020
ByteDance CEO Zhang Yiming makes his own TikToks — and requires his senior employees to as well. Visual China Group via Getty Images; Ruobing Su/Business Insider Zhang Yiming built a $16.2 billion fortune after founding ByteDance, the Chinese software developer behind TikTok. Despite being one of the wealthiest people in […] 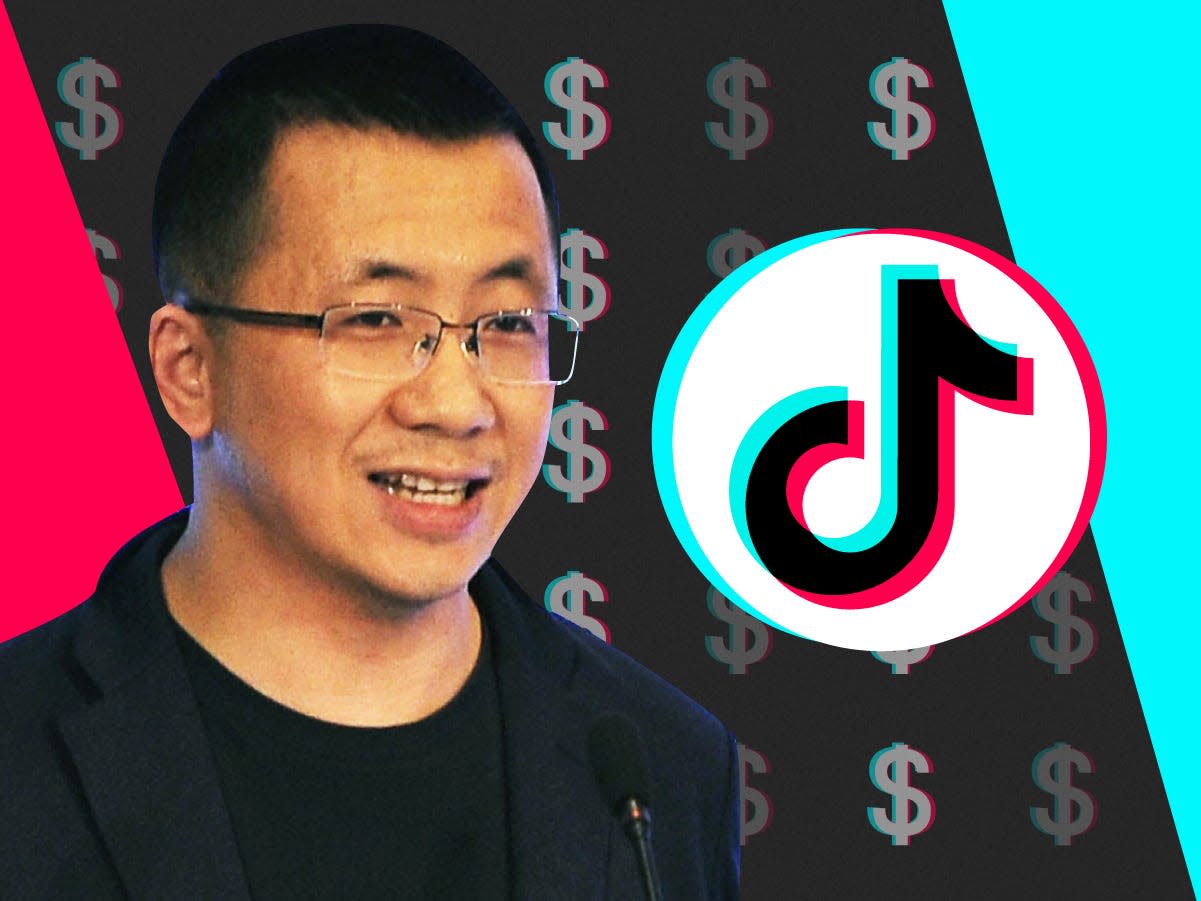