Vice President Mike Pence touted Operation Warp Speed, President Donald Trump’s project to churn the development of a Covid-19 vaccine, during the vice presidential debate on Wednesday, October 7. In the debate, Pence was asked about the rising death toll of Americans due to Covid-19 by moderator Susan Page, the USA Today Washington bureau chief.

Pence then defended Trump’s Covid-19 measures. He said that the president’s decision to cancel travel from China was one of the most important decisions that helped save many lives. He added that from the very first day, POTUS has put the health of the American people first. Pence then hailed Operation Warp Speed and said, “Under President Trump’s leadership, Operation Warp Speed, we believe will have literally tens of millions of vaccine doses by the end of this year.”

As per a Vox report, Trump has vouched for the quick development of a Covid-19 vaccine which can also boost his re-election chances. The report states that till now, the Trump regime has spent over $10 billion on Operation Warp Speed. This included paying companies to conduct their clinical research and also to pre-manufacture doses of their vaccine candidates so that, if any company’s vaccine gets FDA approval, they can start distributing it as speedily as possible.

However, the report alleges that Trump has meddled in the project. On October 5, the president’s aides reportedly wanted to stop the FDA from releasing its criteria for evaluating a Covid-19 so that no vaccine could be approved before elections, The New York Times reported. Nevertheless, the FDA released the guidance with support from the drug industry.

What is Operation Warp Speed?

The Operation Warp Speed is touted by the federal government to help ramp up production of Covid-19 therapeutics and diagnostics. As per the government’s HHS website, Operation Warp Speed’s goal is to produce and deliver 300 million doses of safe and effective vaccines with the initial doses to be made available by January 2021. The project involves several agencies such as the Department of Health and Human Services (HHS), Centers for Disease Control and Prevention (CDC), the Food and Drug Administration (FDA), the National Institutes of Health (NIH), and the Biomedical Advanced Research and Development Authority (BARDA), and the Department of Defense (DoD).

After billions spent on the project, it is worth pondering if it has yielded any results. A STAT News report states that Operation Warp Speed has not come far in delivering results. The survey raises questions on Operation Warp Speed’s plans to distribute vaccines and the low transparency involved in the entire project. It states that the groups that are usually responsible for last-mile planning — getting vaccine doses to the places where they’ll be administered — haven’t received much information about the role they will or won’t play. It further adds that the distribution of vaccines is also fraught with challenges, including some related to security. The report also poses questions on why Operation Warp Speed picked the vaccine projects to fund that it chose. It also raises concerns about the fact that there is no clear information on how the process is being handled.

No sooner than the Operation Warp Speed was hailed by Pence, social media was abuzz with comments, as many users expressed skepticism about the project’s credibility. A user mocked the name of the operation, “A vaccine program called ‘operation warp speed’ doesn’t even sound safe lmao.” Another ridiculed the project and wrote, “Pence said: ‘Operation Warp speed’ should have called it Operation Ludicrous Speed and maybe we’d already been out of this damn pandemic already! #Debates2020.”

— we teach bottoms to shrink themselves (@Chrissssssw) October 8, 2020

A user wrote on the funding of operation, “Reminder: Regeneron’s CEO has been a member at Trump’s golf club in Westchester, New York, and his company also received $450 million in government funding in July as part of the Trump’s Operation Warp Speed plan to quickly develop a vaccine and other treatments for Covid-19.” One wrote on the name of the operation, “I honestly cannot believe they named something operation warp speed. I mean I knew they were evil but I didn’t realize they were tacky too.”

Reminder: Regeneron’s CEO has been a member at Trump’s golf club in Westchester, New York, and his company also received $450 million in government funding in July as part of the Trump’s Operation Warp Speed plan to quickly develop a vaccine and other treatments for Covid-19. https://t.co/2fK1lfwknA

I honestly cannot believe they named something operation warp speed. I mean I knew they were evil but I didn’t realize they were tacky too

Half of Brits bored of keeping up with latest tech gadgets, study finds

Fri Oct 16 , 2020
Research of 2,000 adults found three quarters are no longer willing to pay ‘extortionate’ amounts for the newest tech when it is released. And eight in 10 don’t like to feel pushed by manufacturers into moving with the times – opting instead to get their tech as and when they […] 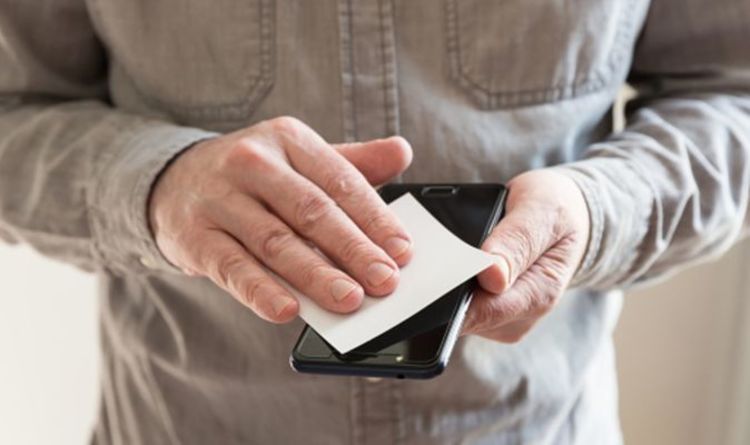