(Bloomberg Opinion) — Online schooling has failed. American schools need to reopen in the fall. It has now become obvious that the steady diet of online instruction put in place for the coronavirus pandemic not only has hurt kids academically and increased absenteeism, but has contributed to anxiety and depression […]

It has now become obvious that the steady diet of online instruction put in place for the coronavirus pandemic not only has hurt kids academically and increased absenteeism, but has contributed to anxiety and depression and probably even aggravated health problems such as obesity.

“All policy considerations for the coming school year should start with a goal of having students physically present in school,” the American Academy of Pediatrics said in a June report.

A few states are starting to tackle the challenge of balancing the proven damage inflicted by inadequate internet technology and the deeper shortcomings of digital learning against the uncertain risks of Covid-19 infection. California, New Jersey, Alabama and Louisiana are among several states that have published detailed guidelines for enabling at least some in-person instruction. Other states, notably New York, have lagged behind or, like Florida, are ignoring the realities of the health crisis.

Although New York City Mayor Bill de Blasio announced a back-to-school plan before the July 4 weekend, it was short on details and clouded by political feuding. Governor Andrew Cuomo, in a long-running game of one-upmanship, disputed the mayor’s authority to act, but didn’t offer his own plan.

It’s past time to put aside politics. States that are not yet prepared should borrow from other states. California and New Jersey’s detailed blueprints, for example, recognize that each district must develop its own plan based on local needs and health-care realities. They avoid mandates, instead providing suggestions for everything from staggered-class schedule options to enable social distancing to strategies for loading school buses safely (back-to-front during pickup and first-in, last-off for drop-off via California’s recommendations) to the equipment and hygiene protocols to deter viral infections.

By contrast, Florida, in the midst of a Covid-19 spike, is among the few states mandating that all schools reopen daily for in-person instruction — a directive that is almost certainly impossible to follow safely.

There are no perfect solutions. Opening schools will entail some risks — though child-care centers that stayed open in New York City when it was the nation’s pandemic epicenter, and school reopenings in Europe more recently, suggest that these can be kept very low, in part because children appear to be less likely than adults to contract and spread the virus.

The first priority should be to return small children, pre-K through third grade, to in-person instruction. “Learning is social in young children; to deprive them of that is to deprive them of learning,” said Carol Burris, president of the Network for Public Education and a former award-winning New York principal.

Older students also will need to meet in person. But by breaking classes into smaller cohorts, schools can create rotations for meeting, say, two days per week in person and two days working on projects at home. A mixed schedule of in-school and out-of-school work would allow schools to experiment with hands-on projects that are now common among both public and private progressive schools. Instruction in science, social studies and the arts could involve students safely, and productively, researching local waterways, architecture and bird species on days when they are not in school.

The California guidelines also recommend a “systematic cycle of assessments” of student progress, but make no mention of standardized tests. Most states won exemptions from federal testing requirements last spring. Several states are gearing up to request waivers for the 2020/2021 school year; these should be granted.

Well-laid plans will require collaboration among district leaders, communities and educators; distance-learning options for high-risk students and staff; and the flexibility to adapt if infection rates spike.

Unfortunately, a lack of leadership in some states could hamper the ability of schools to reopen safely. In New York, in particular, battles among Cuomo, de Blasio and the New York State Board of Regents, which is appointed by the legislature, have led to dithering. Recent history hangs heavily over the decision-making; a delay in closing schools at the peak of the pandemic probably contributed to illness and death. In May, Cuomo wiped out the benefits of $716.9 million in federal stimulus aid, hitting poor school districts hardest. Soon thereafter, he announced a partnership with the Bill and Melinda Gates Foundation to “reimagine” schools, but excluded current New York City educators and parents from a planning committee. The Regents are operating their own reopening task force.

Nationwide, reopening schools safely will cost money, requiring the purchase of protective equipment and increases in the number of school nurses. Today, a quarter of all schools have no nursing staff at all to conduct safety protocols and health screenings.

To pay for these costs, the federal government will have to provide extra funding to states that have seen their tax revenues battered. With the total number of students in school buildings at any one time likely to be down sharply in the fall, New York City for example, could save a chunk of the $1.1 billion spent annually on school busing, according to Leonie Haimson, a public-school advocate and budget watchdog. School security could be reduced.

Suspending standardized tests also could save money. One of the few studies on the subject estimated that the U.S. spent $1.7 billion on such tests in 2012 — though that estimate included neither the cost of numerous local testing mandates nor the bureaucracies that administer them, according to FairTest.

Reopening schools safely is a moral imperative. Teachers are as essential as nurses and grocery delivery workers who have been on the pandemic frontlines. School districts need to collaborate with educators to develop local protocols that will reassure both worried parents and teachers. And teacher’s union leaders — some of whom have balked at returning to school during the pandemic — need to be part of the solution.

(Adds references to Florida in fourth and seventh paragraphs.)

Andrea Gabor, a former editor at Business Week and U.S. News & World Report, is the Bloomberg chair of business journalism at Baruch College of the City University of New York and the author of “After the Education Wars: How Smart Schools Upend the Business of Reform.”

Tue Jul 7 , 2020
Editor’s note: We wrote this story on March 10, right before our city and its restaurants made sweeping changes to limit community spread of COVID-19. It didn’t seem right to publish it at that time, so we waited. Now, Deluxe Dining has reopened with extensive safety precautions, including required reservations. […] 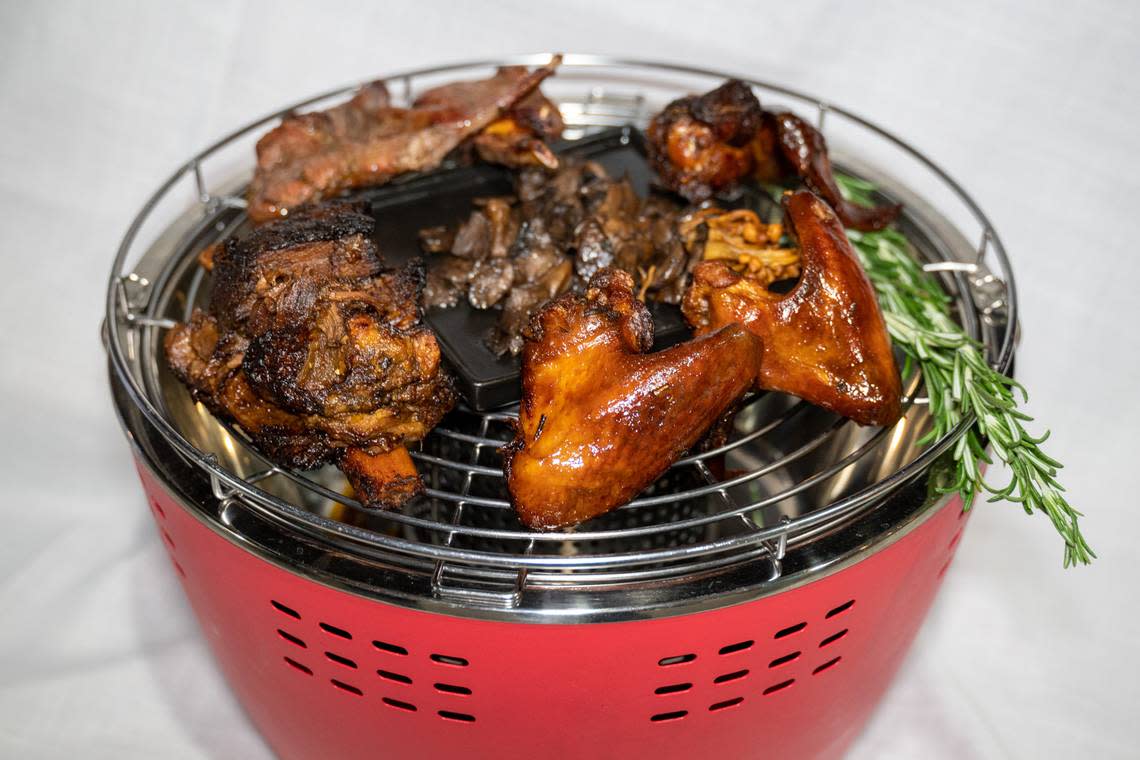