Photo Illustration by Kelly Caminero/The Daily Beast/Getty HONG KONG—As Donald Trump moves to ban transactions with WeChat and ByteDance, the parent company of TikTok, people in China are wondering if they’ll need to ditch their iPhones to keep their favorite app, and noting that the White House’s splinternet rhetoric is […]

HONG KONG—As Donald Trump moves to ban transactions with WeChat and ByteDance, the parent company of TikTok, people in China are wondering if they’ll need to ditch their iPhones to keep their favorite app, and noting that the White House’s splinternet rhetoric is straight out of Beijing’s own playbook.

ByteDance’s TikTok, the popular short video platform that in the past weeks was in the crosshairs of Trump and Secretary of State Mike Pompeo, has been one of the most downloaded apps globally for two years—even though TikTok cannot be used in China legally due to its home country’s fractured internet governance policy.  And WeChat, a “super app” that blends messaging, social network features, payments, newsfeeds, and many other useful functions—including a digital QR health code to indicate whether a user is clear of COVID-19—is an essential tool for everyone living in China and is on practically every smartphone in the country.

Is the Trump Administration Really Going to Ban TikTok in America?

Biden’s Digital Team Knows It’d Be Weird If He Went on TikTok. And They’re Fine With That.

WeChat has no equivalent in the U.S., but think of it as WhatsApp, Facebook, PayPal, a news feed, and more, all rolled into one app. Its presence stateside is limited—mostly as a communication tool for people with family members or close friends in China—but American companies like KFC, Starbucks, and Mastercard rely on the app to conduct business in the world’s most populous country, because of the sheer number of users that are logged on at any given time. Mastercard and Visa are linking up with WeChat’s e-wallet to process payments from China, and firms like JP Morgan already sell financial services through the app. For now, the U.S. embassy in Beijing also still has an active WeChat account.

As such, the general public in China has mainly focused on Trump’s ban on WeChat transactions. Xueqiu (“Snowball”), a popular online financial news provider in China, conducted a poll on Weibo, a platform that is like Twitter, asking followers whether they would rather ditch WeChat or their iPhones if they could only keep one, assuming that WeChat is removed from the App Store. By Saturday, more than 805,000 people responded, with almost 95 percent saying they would give up their Apple devices to keep their WeChat accounts.

And what might be the replacement for iPhones in China? Huawei, a company that recently surpassed Samsung in production volume and a frequent target in Trump’s rudderless trade war, might fill the void and end up selling more of its smartphones.

People in China are still processing Trump’s bans. Targeting ByteDance was no surprise, especially given how TikTok may have played a role in the low turnout for his election campaign rally in Tulsa, but few foresaw that he and his advisors would take aim at WeChat too.

There is scant evidence that TikTok or ByteDance actively collaborate with the Chinese Communist Party. And ByteDance’s founder, Zhang Yiming, likely has little love for the party. In April 2018, he had to issue a public apology after state-run media organs criticized one of his apps. The app in question, Toutiao, is one of China’s most popular news and information aggregators and lets users create their own content. It boils down to this—the party was losing control of information flows on the Chinese internet.

Zhang’s apology was packed with CCP leader Xi Jinping’s jingoistic buzzwords, and the tech entrepreneur wrote that his app had a weak implementation of Xi’s “four consciousnesses,” which refer to placing the CCP’s needs first and Xi at the party’s core. Zhang wrote: “We have not acknowledged that technology must be led by the system of socialist core values, broadcasting positive energy, suiting the demands of the era, and respecting common convention.” He went on to say that there was a need to promote content from “authoritative media” in the country, referring to state media organs.

There have also been hitches in TikTok’s services that look suspiciously like the platform was falling in line with the CCP. Last year, one teenager’s TikTok videos about the treatment of Uighurs in Xinjiang went viral, but were taken down, even though the company said it “does not moderate content due to political sensitivities.” And at the onset of this year’s Black Lives Matter protests across the United States, TikTok was accused of censoring the hashtags #BlackLivesMatter and #GeorgeFloyd, briefly showing zero views for both tags.

Trump’s whims are unpredictable, so people in China can only speculate as to what might come next out of the Oval Office. Will another executive order target WeChat’s parent company, Tencent, which holds stakes in Tesla, Reddit, Snap, Spotify, Universal Music, Warner Music, Epic Games (which made Fortnite), Riot Games (which made League of Legends), and other corporations that are American or meshed with American habits? Or will Trump sanction, say, biotech and pharmaceutical companies that are testing vaccines for COVID-19?

If Trump’s goal is to wipe platforms of Chinese origin from America’s corner of the internet, then his administration is adopting a policy exactly like China’s ban of Twitter, Facebook, WhatsApp, Instagram, and other American productions from 2009 onward. For years, the Chinese government’s limitations on the footprint of foreign tech companies, paired with a vast censorship program that includes the Great Firewall, have balkanized access to information that is online. And now, Trump’s executive orders on WeChat and ByteDance, issued last Thursday, played right into Beijing’s narrative that Washington now seeks to isolate China in tech, finance, and trade.

In his executive orders, Trump declared the “threat” posed by TikTok and WeChat is a “national emergency with respect to the information and communications technology and service supply chain.” There are legitimate concerns about how tech companies from China handle users’ data. Chinese security organs have access to private conversations on WeChat, and even messages sent outside of the country can be intercepted by the authorities. An errant post or a meme that pokes fun at Chinese Community Party leaders could land a user in an interrogation room at their nearest police station. But the vaguely worded executive orders don’t seem to be designed to truly address this.

On Friday, Chinese Ministry of Foreign Affairs spokesperson Wang Wenbin lashed out at the bans, saying, “The United States has used national security as an excuse to frequently abuse state power and unreasonably oppress enterprises. It is blatant hegemony, which China strongly opposes.”

“Their flagrant political manipulation and oppression ends up as an ethical slippery slope,” Wang also said. “They will suffer the consequences of their own actions.”

Trump’s orders were signed a day after Pompeo announced the “Clean Network” program, ostensibly to remove any apps or communications infrastructure that may give the Chinese Communist Party access to the personal information of American citizens. In the same vein, earlier this year, Grindr’s Chinese majority owner had to sell its 98 percent stake for more than $600 million, after the Committee on Foreign Investment in the United States said the business arrangement was a threat to American national security.

And on Thursday, the Trump administration recommended that Chinese companies that have shares traded on U.S. stock exchanges will need to delist if they do not comply with new, tougher audit requirements by 2022. Alibaba, which was founded to mimic eBay but has since expanded to become a massive e-commerce and e-payments powerhouse with investments in many sectors, is listed on the New York Stock Exchange as the world’s seventh largest company by market capitalization.

Tech companies are the latest proxy battlegrounds for Washington and Beijing. Immediately after Trump signed his executive order, $75 billion was wiped off the value of Chinese tech companies that are traded on the bourses of Shanghai, Hong Kong, and New York. As the situation drags on, TikTok’s value plummeted from $20–50 billion to $10 billion, according to Chinese media outlet Caixin.

ByteDance’s founder, Zhang Yiming, has been criticized by nationalistic elements in China for “capitulating” to conditions in the U.S. that may lead to a sale of TikTok to Microsoft, Twitter, or other corporations. For Chinese nationals, finding success abroad isn’t enough—they are expected to be flag-wavers too.

In a note posted to WeChat on Friday, Zhang wrote, “For the past year, we have been seeking to communicate with the U.S. government sincerely, and to provide constructive solutions to their concerns. But what we are facing is that the U.S. government disregards the facts . . . and tries to interfere in negotiations between private companies.”

“If the U.S. government cannot treat us fairly, we will resort to the U.S. courts,” he also said. TikTok will file its lawsuit in California, where the company’s U.S. operation is headquartered. It will argue that Trump’s move was unconstitutional.

A group of Chinese-American lawyers in the U.S. plan to sue the Trump administration as well, in response to the executive order that mentions WeChat, again arguing that the order is unconstitutional. They claim to have no affiliation with Tencent or the Chinese government, and said in a note posted online, “We understand that WeChat is an app that has flaws. We can choose to not use it, but the president does not have the right to make that choice for us.”

If Trump’s bans on financial transactions with Chinese tech companies come into effect, how might Beijing retaliate? The punchline in China is that the authorities have kicked out so many American tech companies that there are no longer any viable marks left. 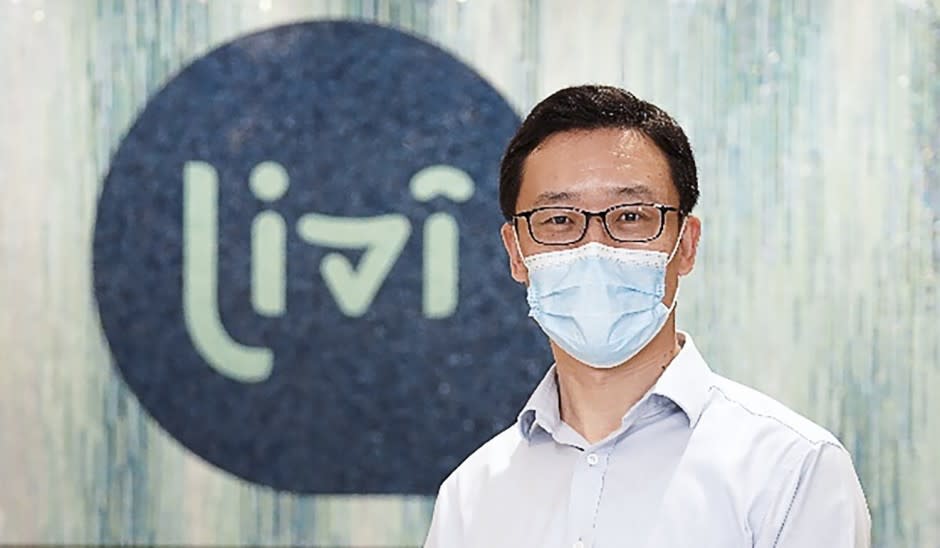