Ana Valenzuela stares at the pile of ashes and debris where her home in Niland, Calif., once stood. (Eduardo Contreras / San Diego Union-Tribune) For Genesis Palta, the pandemic had already meant a chain-reaction of adjustments. The stay-at-home orders forced her mother to stop selling Mexican desserts to her neighbors, […]

For Genesis Palta, the pandemic had already meant a chain-reaction of adjustments.

The stay-at-home orders forced her mother to stop selling Mexican desserts to her neighbors, which cut into the family’s meager income. Her father worried about catching the coronavirus and passing it on to his family. But they depended on the $500 in cash he got paid each week, so he toiled 13-hour shifts in the vast broccoli and cauliflower fields.

To help make ends meet, Palta, 20, used part of her financial aid money for Imperial Valley College to buy toilet paper and masks online when supplies ran short in local markets. “We even started limiting the number of times we used the bathroom to save on toilet paper,” she said. “I’d constantly think: ‘Will we have enough to last the month?’”

But such hardship did not prepare Palta for the latest calamity.

On Sunday, she heard a shriek of terror. Then she saw her 15-year-old sister, Emily, fighting flames that towered over her. The Paltas’ home was one of 40 that would burn down that evening. One person was killed by the blaze.

The Niland fire occurred as COVID-19 cases were surging dramatically in Imperial County, forcing the transfer of patients to hospitals in counties already strapped for supplies and space.

It also hit a place that was already down.

In this town in the southeastern corner of California, the average annual salary is $19,800 and 57% of residents live below the poverty line. Unemployment in Imperial County is among the worst in the Golden State.

Rows of tightly packed houses in the town of about 1,000 were decimated. Entire blocks were wiped out.

“The fire jumped from house to house,” said Sherry Fleischer, who’d lived in Niland for 32 years. “None of us have insurance on our homes. We’re mostly retired people living in mobile homes.”

As the fire raged, over 100 residents evacuated to a Red Cross station at Calipatria High School, where they were directed to stay in their vehicles and screened for the coronavirus, according to Imperial County’s public information officer, Linsey Dale. Those who tested positive were sent to an isolated location, while others took refuge in hotel rooms and received meals and food vouchers.

Fleischer, who lost her home in the fire, spent two nights in a motel before moving into her mother’s trailer in Niland.

Even though she was concerned about catching COVID-19, Fleischer said the anguish she felt as she approached her collapsed home outweighed fears of the pandemic. She could not bear walking near the scorched porch steps. She averted her eyes, which welled with tears, from the front door. Inside lay the charred remains of her 33 cats.

Two nights before, as the fire bore down on her home from both sides of the road, she had evacuated with her daughter — leaving their chicken coop and her beloved cats behind.

Alvaro Baltierra, 24, and his 60-year-old mother, Ana Valenzuela, also returned Tuesday to start cleaning up the charred remains of their home.

“Everything happened too fast,” Baltierra said. “The feeling is something beyond horrible.”

He was able to save two cars, and planned to stay with his mother at his brother’s home across town. He and Valenzuela hope to purchase a trailer in the near future to replace their lost home. Until then, they will continue working in the fields.

Just blocks away, the Paltas had watched Sunday as ash rained down on their mint green home.

At first, the fire didn’t look so bad. But by 6 p.m., the sunlight struggled to penetrate through a thick layer of black smoke. The room went dark, Genesis Palta said, save for the light of her computer monitor.

“You know how cities look from the far distance? It was so bright, you could see the sections of the fire collapsing in,” she said. “We had to leave, and that was it.”

First, a palm tree on the side of her house caught fire, then a cardboard box being stored in the backyard. The gas pipe turned a fiery red.

In the horrifying chaos, Genesis Palta said, she did not notice that the heat had badly burned her mother’s back.

As winds kicked in, she ran inside to grab her dogs. She left her phone and wallet containing $500 in savings behind as police officers shouted for them to evacuate.

With her father still at work, the family had no car to escape in.

Her neighbor threw her the keys to a spare car, and Palta drove her mother and sister to safety. As they left, she could hear the family home collapsing. Palta glanced at the rearview mirror, she said, and felt any shred of a normal life disappear into the smoke and glow of the blaze.

As she unpacked groceries in the hotel room, Palta said she felt heartbroken and breathless.

The virus bearing down on her community became an afterthought. Looking for a new home was the crisis that needed to be solved before the family’s weeklong hotel voucher ended and her life bled into more uncertainty.

“We went back … to rummage through the rubble,” she said. “Mostly, it was so we could get a sense of closure.”

Palta thought back to the arts and crafts her mother and sister would make hunched over their glass table in the center of their living room, and the clay figurines she’d make in her spare time.

She had shared a twin bed that doubled as a couch in the living room with Emily.

It was modest. But it was home.

Thu Jul 2 , 2020
Everyone has had a different quarantine experience, and many people coping through the pandemic saw a golden opportunity to bring home a new puppy.  But for the unsuspecting and unlucky, the quest for a dog ensnared them in a scam. Many only found out after a deal had been brokered […] 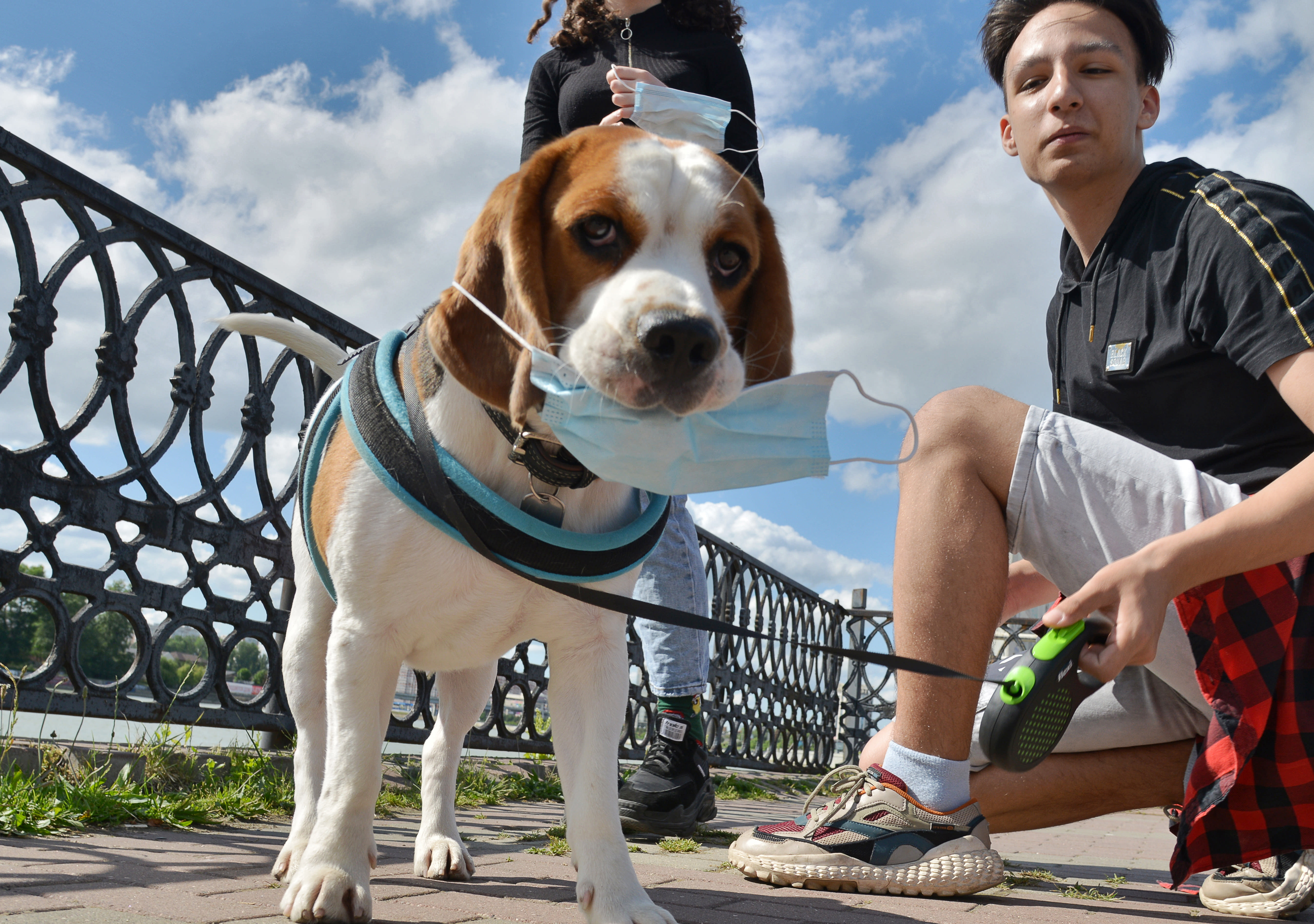