TikTok creator Chef Pii (@chef.pii) is the connoisseur behind a mysterious pink sauce that has taken over the Internet, seeping into both discourse and memes. The saga is as enigmatic as the so-called sauce, one that internet sleuths and users alike have put into question. So what’s going on? The […]

TikTok creator Chef Pii (@chef.pii) is the connoisseur behind a mysterious pink sauce that has taken over the Internet, seeping into both discourse and memes. The saga is as enigmatic as the so-called sauce, one that internet sleuths and users alike have put into question. So what’s going on?

The TikTok chef began promoting the pink sauce sometime in June, slowly releasing a string of videos featuring the sauce, trying it with different foods, and displaying the packaging. The sauce is priced at $20 and quickly became a craze. But this is largely because Chef Pii refused to share how exactly the sauce tasted. She often had other reviewers do so, but provided cryptic answers herself.

The obscurity of the sauce and its true flavor had commenters digging deep: Questions ran from “What is it exactly?” to “What herbs are in the pink sauce?”. People also began to point out that the color of the sauce shifted with each new video. From millennial pink to a Barbie-esque hue, the sauce never appeared consistent, according to The Internet.

In late June, Chef Pii even released a TikTok addressing that concern, chalking up different colors to the respective lighting in each of her videos. A day later, she revealed the ingredients within the sauce, posting a graphic outlining each of them: dragon fruit, sunflower seed oil, honey, chilli and garlic.

Creator @sseaansvv sparked further questions yesterday, delving into the pink sauce saga and releasing multiple, detailed videos about the creation of the sauce and the drama that ensued. The TikTokker called out “Pink Sauce Lady” for errors in her nutritional label and how hard it was to discover the label on her website.

They also said that “there are not enough preservatives” within the sauce “to make shelf stable”, or foods that can safely stay within a pantry for at least year without having to be cooked or refrigerated. 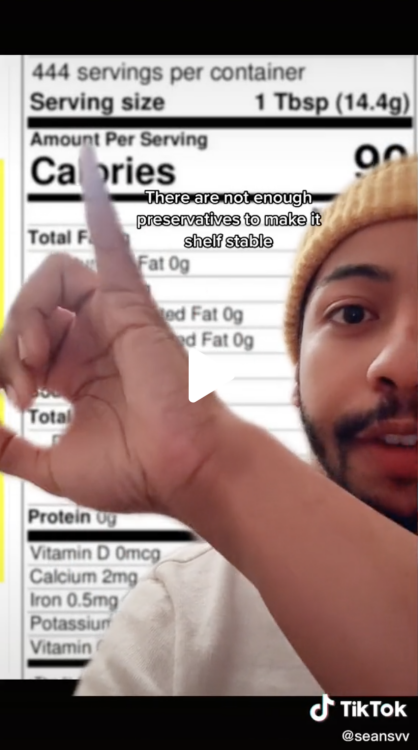 In the caption for his second video, Sean SVV wrote, “I’m genuinely rooting for her to obtain a license, fix the labels, correct any errors and then sell out — legally”.

TikTokker @annareportsnews also posted a video the same day, marking the serving size per container as unrealistic and denoting that the label doesn’t say the sauce needs to be refrigerated.

The United States Food and Drug Administration (FDA) requires manufacturers of dressing and condiments to obtain food facility registration. Standards set by the FDA include labeling, testing methodology, manufacturing practices, and scientific protocols. In April 2022, the guidelines for nutritional fact labels on food and drink products was updated for the first time in 20 years. Serving size is amongst the updates for the label. The FDA now emphasizes the information in bigger and bolder font, and requires the number to “better reflect the amount people typically eat and drink today”.

Following these videos – and consequential internet mania – Chef Pii addressed her followers in a video captioned “WE ARE FIXING THE ISSUES”. 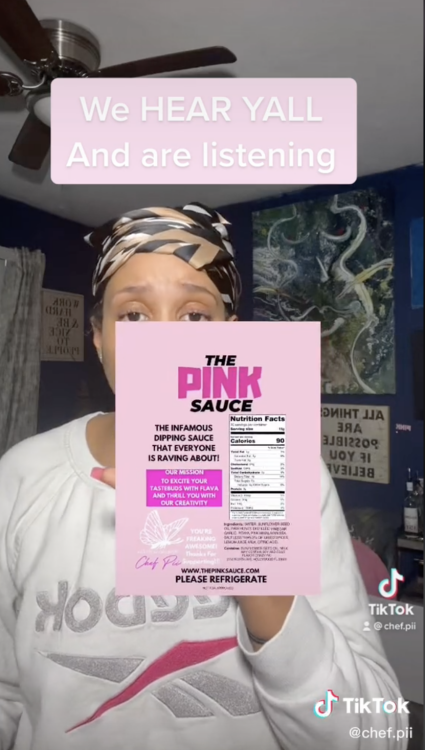 She apologized for the label errors (“I’m only human”), and stressed that the nutritional labels will be fixed for all future bottles of the sauce purchased. She also said she appreciates the support her sauce has received, that she is operating a small business, and that she is trying to lower the price of the sauce.

The nutritional label is also readily available for viewing on her site now, which previously didn’t seem to be the case.

“Yes, we are following FDA standard,” she continued in the video, stressing that the product is still in “lab testing”. Chef Pii concluded by speaking of her ambition to place the sauce in stores.

The Internet has become somewhat obsessed with the pink sauce in the past 24 hours. People are posting everything from memes to analysis, while others are simply expressing the desire to try the sauce. On Twitter, “Pink Sauce” is currently trending.

Even Netflix has posted about the sauce, becoming another brand to stay on top of viral (and random?) digital trends. The pink sauce really did take over. It’s a testament to the faster-than-ever trend cycle that we now deal with – but also the Internet’s affinity for uncovering “mysteries”, no matter how small. 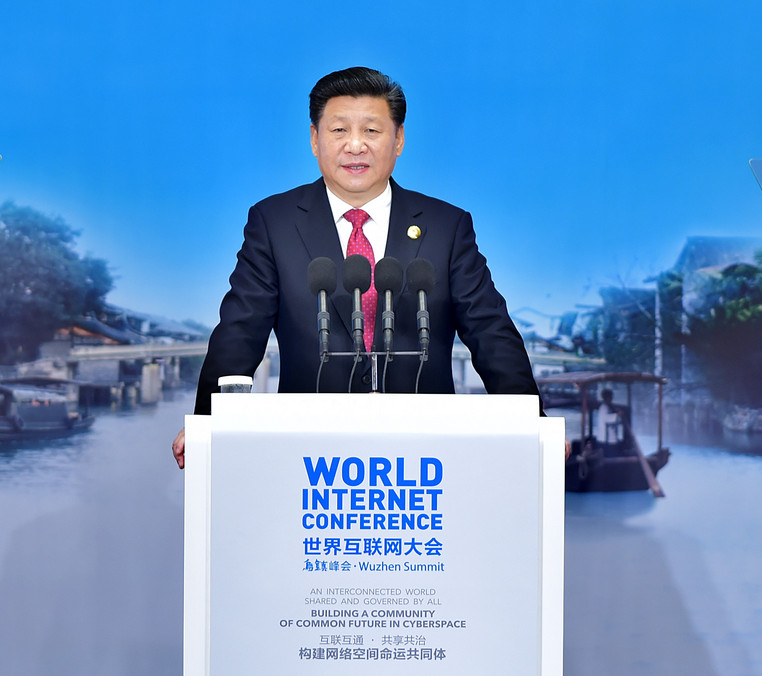