The announcement came out of nowhere, and Oculus users were immediately angry and disappointed. “What the fuck,” Junge Willmichregistrieren wrote. “Fuck you,” Michael Edwards added.“Yeah that’s going to be a no-go for me,” another Facebook user added. Many users feel betrayed. Oculus was a startup founded by Palmer Luckey, Brendan […]

The announcement came out of nowhere, and Oculus users were immediately angry and disappointed. “What the fuck,” Junge Willmichregistrieren wrote. “Fuck you,” Michael Edwards added.“Yeah that’s going to be a no-go for me,” another Facebook user added.

Many users feel betrayed. Oculus was a startup founded by Palmer Luckey, Brendan Iribe, Michael Antonov and Nate Mitchell in 2012. Following a wildly successful Kickstarter campaign, the company was acquired by Facebook for $2.3 billion in 2014. Some people were understandably wary given that Facebook’s empire is built on data-driven advertising. Luckey assured skeptics on Reddit, however, that Oculus hardware wouldn’t require a Facebook login. In a separate comment, he promised that Oculus wouldn’t “track you, flash ads at you, or do anything invasive.”

Luckey left Facebook in 2017 and has subsequently created a ‘virtual border wall’ company called Anduril, which signed a contract with US Customs and Border Protection (CBP) earlier this year. He’s no longer associated with Oculus, but responded to accusations yesterday that he was lying back in 2014. “I want to make clear that those promises were approved by Facebook in that moment and on an ongoing basis, and I really believed it would continue to be the case for a variety of reasons,” he wrote on the r/Oculus subreddit. “In hindsight, the downvotes from people with more real-world experience than me were definitely justified.”

In its blog post, Oculus argued that the policy change will make it easier for people to find and play with their friends in virtual reality. The company highlighted Horizon, a Second Life-style platform announced last September, as a key beneficiary. Pairing users with a Facebook account would make it easier to protect the growing Oculus community, the company said, and “offer additional integrity tools.” Oculus will replace its dedicated Code of Conduct with an updated version of Facebook’s Community Standards, for instance. The company claims that this will offer “a more consistent way to report bad behavior” while still respecting the unique aspects of virtual reality.

“Definitely not sticking with Oculus for my next upgrade.”

Many users disagree with the decision, though. An Oculus tweet that linked to the blog post was quickly ‘ratioed’ — internet slang for when the replies, which are usually negative, vastly outweigh the likes and retweets. “No thanks, I’ll just use another product that doesn’t require Facebook,” a Twitch streamer called DansGaming tweeted. “This is horseshit,” Gordon McGladdery, studio director for a gaming-focused audio company called A Shell in the Pit added. “Our company will not buy another Oculus product. I absolutely will not force my staff to have Facebook accounts to do client work.”

Many users on Reddit share a similar view. “At least we have two years,” a user called Spiezer commented on a thread in the r/Oculus subreddit. “Definitely not sticking with Oculus for my next upgrade.” Another user called agressivetater wrote: “Imagine having to link your social media profile to your new computer monitor.”

This is horseshit. Our company will not buy another Oculus product. I absolutely will not force my staff to have facebook accounts to do client work.

Disgruntled users are now considering their options. Some have vowed to ditch their PC-powered Rift for an alternative like Valve’s Index headset or HP’s Reverb G2. “I have three years to save up for an index,” a Reddit user called demonic_pug commented. “Got my Reverb G2 on preorder,” a user with the handle kevin_the_dolphoodle added. “I can’t wait” For some, though, ditching the Oculus ecosystem won’t be so easy. If you’ve acquired a ton of games through the Oculus Store, you’ll have to abandon them all if you switch to another manufacturer’s headset. “Sucks ‘cause [it] means software we bought will be useless,” a Reddit user[called ZaneWinterborn commented.  “Also makes me not want to spend another dime in the [Oculus] Store.”

The choice is even harder if you want a wireless VR experience. The Oculus Quest is a near-peerless headset that sits somewhere between PC-powered hardware and smartphone-based experiences like Google Daydream and Oculus Go, which have mostly been shut down or abandoned over the last 12 months. “We could really use some Quest competitors right now. PC-[powered] VR is cornered at different price points, but at the moment, Facebook/Oculus is alone when it comes to standalones,” Reddit user chaosfire235 wrote. “This is the big piece of their business strategy,” another Redditor called Nubsly- theorized. “They pushed the Quest hard because they knew it would give them leverage over people’s decision making.”

That’s easier said than done. The company has a real-name policy, for instance, that bars people from “pretending to be anything or anyone.” It’s possible to create a fake Facebook account, but you’ll need to craft a believable identity beforehand. The process can’t be compared to simply punching in a random username on Steam or the Epic Games Store.

Once you switch to a Facebook login, the company can use your Oculus data “to show you personalized content, including ads.” At the time of writing, the Oculus platform doesn’t have any kind of traditional advertising. So any targeted suggestions or marketing campaigns will only appear on other Facebook-owned properties. “This could include recommendations for Oculus events you might like, ads about Facebook apps and technologies or ads from developers for their VR apps,” the company confirmed in a FAQ page.

Some users don’t have a problem with this. “It’s not like they’re stealing my money they’re just giving information to advertisers and I could care less about what [is] being advertised to me,” a Reddit user called owls1289 commented. Others don’t care because they have no plans to use Facebook and won’t, therefore, ever see its marketing attempts. A reddit user with the handle Cybyss wrote: “What is the problem with creating a Facebook account that will only ever be used to login to the Oculus app with? You don’t have to actively participate on Facebook if you don’t want to. Is it just because you’re afraid of having to use your real name? Well, consider that if you ever bought anything on the Oculus store, [like] Robo Recall or Lone Echo, you’ll have given them your name anyway in the billing information.”

Remember that @oculus is the only major HMD maker who tracks and stores your physical movement and other data on their servers.

Privacy is you owning your data, not Facebook using your data to their end because their ends is…. https://t.co/xegsDl02BV

For many, though, the policy change brings up broader privacy concerns. Chet Faliszek, a game developer and former Valve employee that worked on the company’s early VR efforts, argued on Twitter: “Remember that Oculus is the only major HMD maker who tracks and stores your physical movement and other data on their servers. Privacy is you owning your data, not Facebook using your data to their end.” Katharine Castle, hardware editor for Rock Paper Shotgun added: “I deleted my Facebook account after the Cambridge Analytica scandal revealed the social network had been leaking millions of users’ personal data for political advertising, and I’m not going to create another one just for the purposes of VR.”

The question is whether most Oculus owners will follow Castle’s lead. The reaction online has been overwhelmingly negative, but commenters only represent a portion of the Oculus community. How many will read the policy change and actually choose to abandon the company’s platform completely? “There’s lots of people who aren’t enthusiasts, don’t follow politics, aren’t interested in complicated subjects like behavioral profiling and marketing to captive audiences,” Reddit user Nubsly- hypothesized. “They just want the fun.” 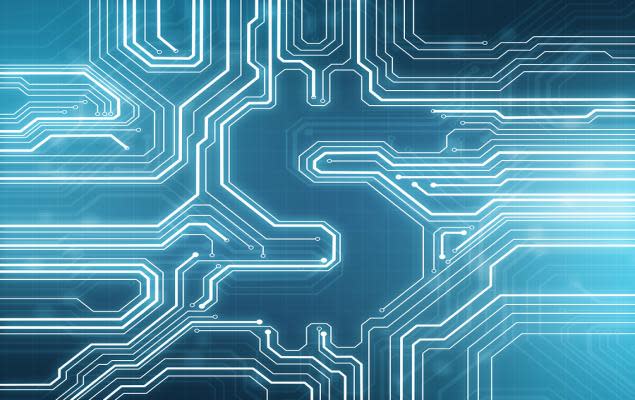