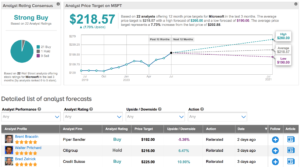 Microsoft Corp. (MSFT) has stated that it will no longer be producing the majority of its current-generation consoles in anticipation of its new Xbox Series product line. In a July 16 statement to The Verge, a Microsoft spokesperson addressed why its consoles were not being re-stocked in retail and online […]