It’s been quite a year for T-Mobile 5G, as the Uncarrier has quickly overtaken its rivals, albeit it with a little help from its one-time foe Sprint. Other carriers were first out of the gate with their 5G network, while T-Mobile spent most of 2019 laying the groundwork to launch […]

It’s been quite a year for T-Mobile 5G, as the Uncarrier has quickly overtaken its rivals, albeit it with a little help from its one-time foe Sprint.

Other carriers were first out of the gate with their 5G network, while T-Mobile spent most of 2019 laying the groundwork to launch 5G coverage of its own. By the end of the year, T-Mobile had launched a 5G network that stretched across the country, and it’s only expanded coverage since then.

T-Mobile’s 5G plans were well underway before the Sprint-T-Mobile merger became official earlier this year, but adding Sprint’s 5G to its own network has certainly aided T-Mobile’s effort to enhance 5G performance. Here’s a closer look at what you can expect from T-Mobile 5G and what the carrier is planning going forward.

T-Mobile is using what it calls a “layer cake” approach to 5G, turning to different technologies to build out a far-reaching network with improved speeds and latency. Thus far, the focus has been on using sub-6GHz spectrum, which has an extensive reach, but only modestly faster speeds than LTE. This approach has formed the backbone of the nationwide 5G coverage T-Mobile launched late last year. (More on that below.)

After its long-delayed merger with Sprint finally closed this year, T-Mobile began repurposing Sprint’s mid-band spectrum into its own network. That’s improving 5G performance in some of the cities that T-Mobile covers. “Together with Sprint, we’re the only ones who can build 5G with breadth and depth,” T-Mobile president and chief operating officer Mike Sievert said at a November 2019 event detailing 5G initiatives under the new T-Mobile.

T-Mobile also is eyeing millimeter wave (mmWave) technology to build out its 5G network, with some coverage in a handful of cities. That’s a stark contrast to rival Verizon, which has made mmWave-based 5G the center of its initial 5G rollout efforts. As a result, Verizon’s 5G speeds are much faster, but its network doesn’t reach as far as T-Mobile’s. As fast as mmWave is, it can’t penetrate obstacles like walls and windows — that means T-Mobile’s slower network can reach indoors while Verizon’s has a more difficult time.

It’s no surprise, then, that T-Mobile leads other carriers in 5G availability. In a June 2020 report, OpenSignal reported that T-Mobile recorded 5G availability of 22.5% vs. 0.4% for Verizon. Of course, in that same report, Verizon’s mmWave-fueled 5G speeds badly outpaced T-Mobile’s.

After flipping on some mmWave-based coverage in a half-dozen by mid-2019, T-Mobile turned its focus to using its sub-6 GHz spectrum to create a nationwide network. In early December 2019, that network launched covering 5,000 cities and 200 million people.

T-Mobile’s 5G coverage has only expanded since then, thanks in no small part to to its Sprint acquisition. These days, T-Mobile says its 5G signal reaches 7,500 cities and towns, covering more than 250 million people. That makes T-Mobile’s 5G network the largest by far.

You can see if T-Mobile 5G extends to your part of the U.S. by checking out the carrier’s 5G coverage map.

This spring, T-Mobile said it added Sprint’s mid-band spectrum to its 5G service in Philadelphia and New York which adds coverage depth while also boosting speed in those two cities. The New York expansion is particularly significant because that city was already served by T-Mobile’s low-band and millimeter wave-based service. That means New York City is now served by all types of 5G through T-Mobile.

When T-Mobile turned on its nationwide network, we had a chance to test the service in Maui. At the time, the Uncarrier was promising a 20% boost on download speeds over its existing LTE coverage, which is roughly what we saw when testing T-Mobile 5G with a OnePlus 7T Pro 5G McLaren. In some instances, 5G was much faster than T-Mobile LTE, though in a few spots, performance was actually worse.

One encouraging test we ran at time involved downloading The Irishman off of Netflix. That three-hour plus movie took 3 minutes to download over 5G; we stopped trying after 10 minutes over LTE. Just as important as the time was the fact that we ran this test indoors, something you really can’t do over faster mmWave-based 5G.

Because of the coronavirus pandemic, we haven’t had the opportunity to go out and see how T-Mobile expansion in New York has improved its 5G performance. However, Ookla went out and did some testing, reporting a 25% jump in mean download speeds between January and mid-May for T-Mobile

All the major flagship phones with 5G connectivity — namely, the Galaxy S20 and Galaxy Note 20 phones — are available through T-Mobile, and we’d expect the iPhone 12 to land at the Uncarrier this fall, too. Like Verizon, T-Mobile offers the OnePlus 8 — in fact, T-Mobile’s version is $100 cheaper — and it also sells the 5G version of Samsung’s Galaxy Z Flip folding phone.

Most of the 5G phones on sale at T-Mobile are pretty pricey, but the arrival of the 5G versions of the Galaxy A51 and Galaxy A71 mean you can now find 5G phones that cost $600 and less at the carrier.

If you’ve got a compatible phone that’s capable of connecting to 5G, any one of T-Mobile’s current data plans will include 5G coverage at no additional cost. That not only goes for T-Mobile’s $70-a-month Magenta and $85-a-month Magenta Plus unlimited plans, but also the $60-a-month T-Mobile Essentials Plan. Even T-Mobile prepaid plans, such as the $15-a-month T-Mobile Connect plan, can access 5G. (Just be aware that on a tiered data plan like T-Mobile connect, your 5G data usage counts the same as LTE data, and with just 2GB allocated to that plan, you can burn through your allotment very quickly.)

T-Mobile is something of a trailblazer when it comes to not charging extra for 5G support and making it available to all plans. AT&T originally limited 5G coverage to its most expensive unlimited data plans before extending that service to its cheapest unlimited plan in August. Verizon continues to charge $10 a month for its Start Unlimited plan on top of that plan’s regular monthly rate if customers want to access 5G, though 5G coverage is included with Verizon’s three other unlimited plans.

T-Mobile has made no secret of its interest in using 5G to deliver home internet service. During the Sprint merger hearings, the carrier vowed to deliver high-speed wireless broadband to 90% of the country by 2024, and 5G figures heavily into that effort.

Right now, though, T-Mobile Home Internet is a pilot program that’s invite-only for existing customers at specific addresses. (The pilot program appears to be going on in Michigan.) T-Mobile is using LTE for that service, saying that it will “lay the foundation to disrupt home broadband” with 5G service.

T-Mobile’s unlimited plans include hotspot data, but it’s either at LTE speed (3GB for the Magenta plan, 20GB for Magenta Plus) or 3G. The carrier doesn’t sell 5G mobile hotspots. Sprint used to offer HTC 5G Hub, one of the best mobile hotspots that also doubled as a smart screen. But once T-Mobile took over Sprint and started repurposing the latter’s 2.5GHz spectrum into its own 5G network, that product was dropped.

T-Mobile’s plans for the rest of the year are pretty clear — continue to build out its 5G network, leveraging Sprint’s spectrum and maintain its lead over other carriers. We can also expect the Uncarrier to add more 5G-ready devices — looking at you, iPhone 12 — as the services become more widespread.

T-Mobile has done a good job bringing its 5G network to the most people in a little more than a year. Its focus going forward will be to improve overall performance, as it looks to make the case that 5G is a leap forward over LTE.

How many are hospitalized with coronavirus? Federal changes create confusion in Michigan’s daily report

Sun Aug 23 , 2020
It hasn’t been easy to track Michigan’s coronavirus hospitalization data this month. First, the state coronvirus website stopped updating its hospitalization numbers between Aug. 3 and Aug. 9. Then when the reporting resumed, it appeared the numbers had increased dramatically — from 460 coronavirus patients on Aug. 3 to 640 […] 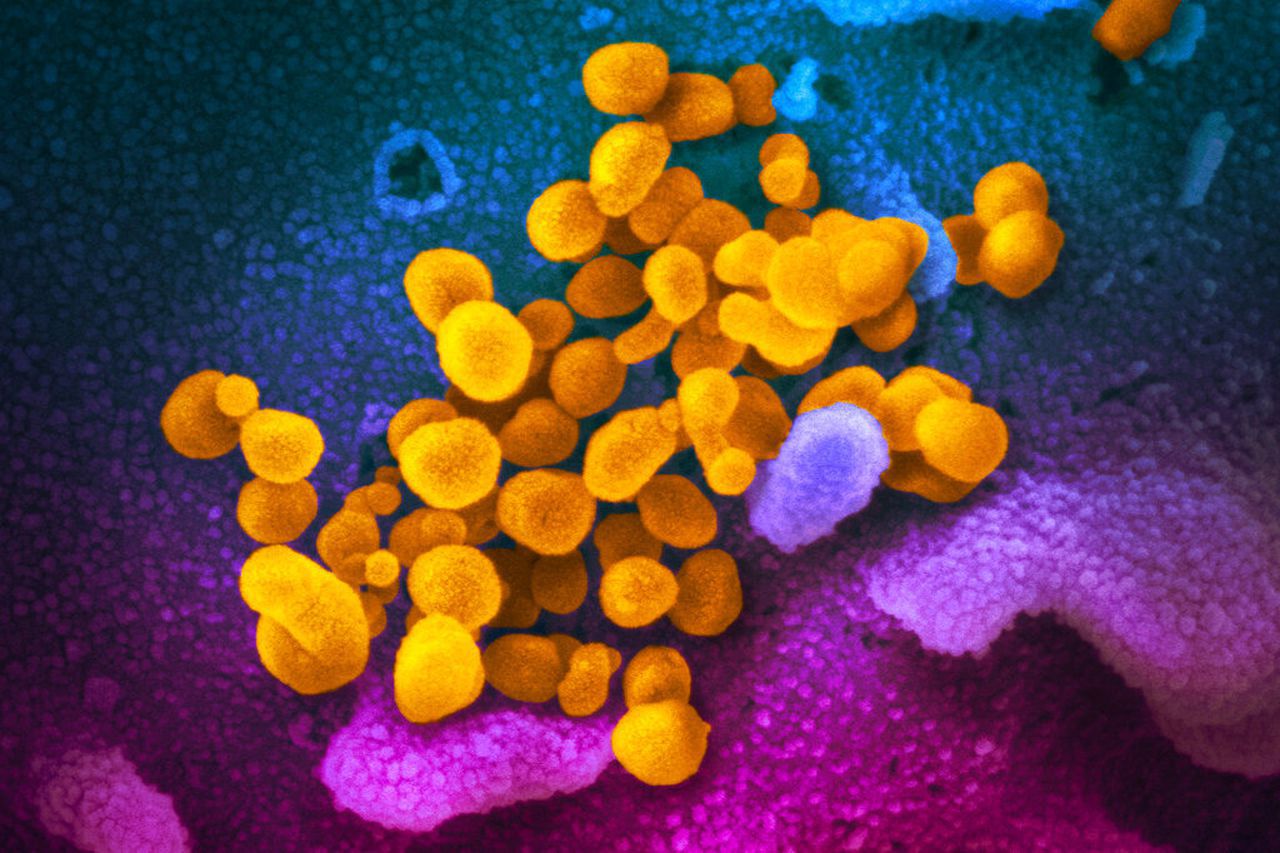