Back in 2016, the giant cable company Charter Communications made several promises required by federal regulators as conditions for the approval of a merger deal that would make Charter even more gargantuan. Are you shocked that, now that the merger has long been completed, Charter is asking the Federal Communications […]

Back in 2016, the giant cable company Charter Communications made several promises required by federal regulators as conditions for the approval of a merger deal that would make Charter even more gargantuan.

Are you shocked that, now that the merger has long been completed, Charter is asking the Federal Communications Commission to rescind some of those conditions? Me neither.

Especially given that the result of any such FCC action would be to allow Charter, which operates its cable and broadband systems under the Spectrum brand, to raise prices on many of its internet users. (Full disclosure: The Times partners with Spectrum on a regular local TV news show.)

Why would any rational business take the time to get permission to do something they don’t intend to do?

In approving Charter’s $88-billion acquisition of Time Warner Cable and Bright House Networks, the FCC forbade Charter to place data caps on its customers for seven years — that is, charge customers more if their internet use exceeds certain levels — or until mid-2023.

The commission also forbade Charter from charging streaming video providers such as Netflix for interconnections to its system during the same period.

In a petition it filed with the FCC on June 17, Charter is asking to drop those conditions as of May 2021, or two years early. The cable company cites an escape clause in an appendix to the FCC order, allowing it to ask permission to shorten the time frame to five years. The FCC set the initial public comment period on the petition to expire Tuesday, though its schedule has come under fire as too hasty.

There’s nothing new about companies that have made costly concessions to get what they want from regulators subsequently trying to renege on their promises down the line. I’ve reported on a couple of these cases just within the last few weeks.

T-Mobile last month petitioned the California Public Utilities Commission to overturn several conditions imposed on the PUC’s approval of its merger with Sprint.

Both companies cited the COVID-19 pandemic as justification for their requests, but it’s a fair bet that if the pandemic hadn’t occurred, they would have looked for another excuse.

Data caps raise the prospect of higher prices with the expansion of “bandwidth-intensive activities, such as streaming TV shows and movies,” as Consumers Union put it in 2015.

They’ve also proliferated as mergers have reduced broadband options for the average consumer. Further, COVID-19 lockdowns have increased household dependence on broadband usage, as more customers spend longer hours at home, using the internet not only for entertainment but work.

Charter’s petition has a couple of curious aspects. One is that it swears that it actually has no current plans to impose data caps on customers and has “no plan to do so” in the future, according to spokesman Justin Venech.

“I’d be skeptical,” says Matt Wood, general counsel of the consumer advocacy group Free Press. “Why would any rational business take the time to get permission to do something they don’t intend to do?”

Another aspect is that Charter says, in a public statement about its request, that it merely “seeks a level playing field so that we can continue to grow and provide superior service to our customers across the country.” Such major competitors as AT&T, Verizon and Comcast, you see, impose data caps or data allowances at various levels of usage.

Sure, if Charter can’t pursue a business model that its competitors can pursue, that’s not a level playing field. But it’s important to remember that this is a playing field that Charter graded itself — by agreeing to these conditions in order to get its merger approved.

Charter’s petition asserts that the streaming video business and its customers, which the merger conditions were purportedly imposed to protect, is “flourishing” — nay, exploding — despite the ability of big broadband providers to stifle subscribers’ data use.

Instead, Charter says, “video consumers reign supreme, demonstrating seemingly insatiable interest in video options.” Of course, viewer interest in video content would probably be mushrooming with or without data caps, so the relevance of this assertion is hard to fathom.

Charter’s bedrock claim is that the streaming video market, which accounts for the vast bulk of internet data use, has become “almost unrecognizable compared to what existed in 2016.” Therefore, the restrictions are outdated.

If that were true, it wouldn’t say much for the business modeling staff of Charter Communications, which turned a profit of $3.5 billion on revenue of $29 billion in 2016, so presumably could have sprung for some seasoned prognosticators. (In 2019, the company earned $1.7 billion on $5.8 billion in revenue.)

But the notion that streaming video was going to grow strongly year by year could not have been much of a secret. It was part of the rationale for the Charter-Time Warner Cable merger itself. Charter is one of the few internet service providers that has focused entirely on broadband service, rather than jumping whole hog into entertainment content as Comcast did by acquiring NBC Universal and AT&T did by acquiring WarnerMedia.

The data caps imposed by some Charter competitors have been defended as so loose that the vast majority of customers won’t reach them. Comcast, for instance, raised its cap to 1 terabyte per month from 300 gigabytes in 2016; above that level, extra fees apply. A gigabyte is a little more than one billion bytes, and a terabyte is 1,000 gigabytes.

AT&T estimates that to reach 1 terabyte, a user would have to send and receive 11,000 emails, watch 142 hours of standard streaming video, 129 hours of hi-def video and 94 hours of super-hi-def 4k video, spend 345 hours in online gaming and upload 2,000 social media posts with photos, all in a single month.

Yet, “that’s an argument with an expiration date on it,” says Wood. “Ten years ago, people would have been saying, ‘Why would anybody need 25 megabits per second'” as an internet speed?

The imponderable in these usage estimates is video — as 4k streaming amounts to a larger share of video consumption, data use will grow commensurately — never mind the probability that even more data-heavy video technologies will eventually appear.

Broadband usage already has exceeded levels that internet firms thought were unreachable just a few years ago. In 2017, for example, Cox Cable said that only 2% of its users were reaching the 1-terabyte level. Last month, it placed the figure at 10%.

“The state of the art evolves very quickly in this field,” Wood adds. If the companies didn’t expect customers to hit 1-terabyte usage levels, “why would they set the cap there?”

Nevertheless, the smart money says that Charter’s petition to be relieved of its prior commitments will sail through the Republican-dominated FCC. The die was cast at the time of the original approval, which occurred under a Democratic-controlled commission.

Both are still on the FCC — Pai having been elevated to chairman by President Trump. The chances that they’ll look kindly on Charter’s request are good.

Already the FCC has been accused of greasing the path for Charter’s request. That charge came, interestingly, from the conservative news organization Newsmax Media.

Newsmax, which would have a business interest in blocking data caps by internet service providers carrying its content, says the commission issued a notice setting the comment period for the request two months too early, based on the terms of the original merger approval. The FCC’s rush for comment creates “the appearance of undue favoritism” toward Charter, Newsmax argues.

That’s especially true given the prospects that the FCC might again come under Democratic control early next year, an eventuality that could complicate Charter’s request.

Regardless of Charter’s rationale for seeking to wriggle out from under the conditions, one counter-principle should be paramount: When a company makes promises to get a huge break from government regulators, it should be held to them. Period.

Wed Jul 22 , 2020
Once a well guarded secret among beauty experts, micellar water is now considered the ultimate skincare staple. You no longer need to maximise your liquid allowance travelling from France across the channel – filling your case with as many bottles as you can carry. The beauty hero is now ubiquitous, […] 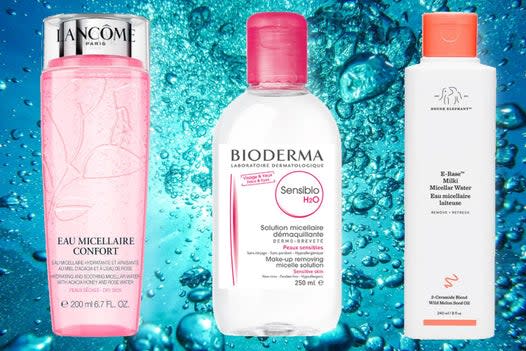