CLEVELAND, Ohio – Spectrum, a telecommunications company, is unveiling a cable broadband plan that provides another option for households with students needing high-speed Internet for at-home classes during the coronavirus pandemic.


It’s called “Stay Connected K-12” and it would cost $29.99 a month per household with 50 megabits per second for downloading and 5 megabits for uploading. Spectrum would not contract directly with customers, however, but with schools.

A minimum of 50 connections per school would be required for a school to take advantage of the program, according to Connie Luck, a Spectrum representative who detailed the plan to members of Cleveland City Council’s Finance Committee on Monday.

Council President Kevin Kelley, who chairs the committee, said Spectrum asked to speak to the council about its offering, although the council has no authority to negotiate on behalf of the Cleveland Metropolitan School District for Internet service.

Luck said Spectrum is currently talking with school districts across the county, including in Northeast Ohio.

Spectrum’s offer comes as other efforts are already in place to serve the many Cleveland households that did not have high-speed Internet access when the school year started.

Nonprofit DigitalC has already been hooking up Cleveland customers with its EmpowerCLE product that is being done in collaboration with the Cleveland Metropolitan School District.

Kelley said the Spectrum offering provides a “good speed for a family” to adequately access the Internet, but that it also provides something others in Cleveland can’t; a robust infrastructure that serves the entire city and that can connect students “almost immediately.” It would take a much longer for DigitalC to build out its system, he said.

The plan is available to public, charter and parochial schools. It’s unclear whether the Cleveland Metropolitan School District will embrace the offering.

“We are studying the concept and determining whether it will be part of our commitment to make sure every student in the District has access to reliable high-speed internet,” the district said in a statement.

The Spectrum plan provides speeds that “support video-intensive remote learning and other collaboration applications used by educators and students,” according to information supplied the Cleveland City Council. “Additionally, the monthly cost includes in-home Wi-Fi, which allows multiple students and others in the household to be connected at the same time. Finally, with Stay Connected K-12, there are no data plans, no metered usage, no data caps and no bandwidth throttling.”

Spectrum already has an “Internet Assist” product for low-income households that provides a cheaper option at $17.99, but customers would have to contract directly with the company, pay an extra $5 a month for Wi-Fi, and pay off outstanding balances unless they are able to make other arrangements with the company.

The service also is not as powerful at 30 megabits per second for downloading and 4 megabits for uploading.

DigitalC welcomes Spectrum’s entry into the market. The goal is to bringing connectivity to the underserved areas of the city, DigitalC spokesman Jim Kenny said.

“They’re arrival is a victory,” Kenney said of Spectrum. “If they cover the city and light it all up and we close down shop. We’ve succeeded.”

Mon Sep 7 , 2020
MOSCOW, Aug. 28, 2020 /PRNewswire/ — Scientists from NUST MISIS have developed a new type of energy-efficient devices – thermocells that convert heat into energy. This will make possible creation of portable batteries that can be applied to virtually any surface, including clothing, to generate electricity directly from the surface […] 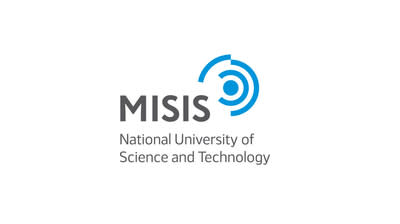