MIAMI—On Sunday afternoon, South Fork High School teacher Karen Resciniti fielded a phone call from principal Jay Blavett. Sometime in the previous week, when thousands of students returned to public schools across Martin County, Florida, where South Fork is located, she had come in contact with a teen who was a presumed positive coronavirus case, Resciniti recalled her boss telling her.

“I knew it was coming,” Resciniti told The Daily Beast. “But I was still shocked that a student in my classroom was actually one of the first. I was like, ‘Here we go!’”

Now Resciniti is among three teachers and 95 students from South Fork who have been placed into quarantine based on the strong probability they had close interactions with the teen in question. (Blavett did not immediately respond to an email requesting comment.)

The situation might not seem outwardly remarkable in a country where two major colleges—UNC Chapel Hill and Notre Dame—have already halted in-person classes and thousands of public-school students have quickly been thrust into COVID-19 quarantine. But Martin County Public Schools have earned a dramatic leading role in Florida Gov. Ron DeSantis’ campaign for children, teenagers, and teachers to return to classrooms, the latest chapter of his months-long push for the Sunshine State to reopen despite dire warnings from public-health experts.

During a briefing last Wednesday, DeSantis relayed a conversation he had with Martin County Superintendent Laurie Gaylord in which she suggested reopening public schools was a mission akin to a Navy SEAL operation. DeSantis, himself a Navy veteran, intoned, “Just as the SEALs surmounted obstacles to bring Osama bin Laden to justice, so, too, would the Martin County school system find a way to provide parents with a meaningful choice of in-person instruction or continued distance learning—all in, all the time.”

The problem is that the already-high number of quarantined kids and employees entering just the second week of school could spell cascading COVID-19 chaos—no matter how cinematic the governor’s metaphor. After posting daily positivity rates in the low single digits between Aug. 11 and Aug. 15, Martin County’s daily rate jumped to 12.2 percent on Monday. The county has tallied 3,967 total cases since the pandemic began.

A few days after making them, DeSantis played down his remarks, and DeShazo told The Daily Beast that Gaylord’s comments about the Navy SEALs were designed to inspire her executive staff. “She shared with the Governor that she had encouraged our district leadership team to approach the reopening of schools using the characteristics of leadership, risk mitigation, and diligence exhibited by SEALs as guiding principles,” DeShazo said. “Her intent was to honor the commitment and bravery displayed by SEAL Team Six while also demonstrating to the Governor the district’s commitment to safely reopening schools.”

But DeSantis critics argued comparing everyday learning with wartime covert missions was just a window into how local and state leaders are unnecessarily putting children, teachers, and school personnel at risk. “Those comments are so tone-deaf,” said St. Petersburg, Florida, physician Mona Mangat, who is also a member of the activist group Committee to Protect Medicare. “Schools are being forced to make decisions that don’t put human life at the top of the algorithm. That scares me.”

The governor’s press office did not immediately respond to a request for comment.

Resciniti, who is also president of Martin County’s public schools teachers union, said the Navy SEALs comparisons were not well received by rank-and-file employees, either. “Navy SEALs sign up for the most dangerous duty,” she said. “The analogy does not reflect what teachers do at all.”

What’s more, exposed teachers are not exactly going into isolation at home. Rescinitti said she and exposed colleagues who are not exhibiting symptoms still have to report for work while exposed students do online classes at home. The teachers in question are isolated in classrooms by themselves: Rescinitti said that for the last two days, she has gone into a quiet room to teach lessons via a computer.

Her students who are not in quarantine and are in the physical classroom are taught by another South Fork teacher who takes on an additional workload, Rescinitti explained. “It’s very unfair to the other teachers,” she said. “It’s a logistical nightmare, beyond silly and poor planning.”

DeShazo said Martin County Public Schools considers all district employees to be essential workers and that they may be asked to continue working to maintain staffing for critical services as long as they are not experiencing any symptoms of illness.

Sick Schoolkids Could Send Florida Off a Coronavirus Cliff

“If continuing to report to work because they are not ill, employees will have their temperature checked upon arrival, keep a mask on, and remain socially distanced at all times,” DeShazo said. “Employees may not report to work if they are exhibiting symptoms of illness, awaiting test results, or have tested positive for COVID-19.”

However, the district does not test students or employees for COVID-19, DeShazo said. The district only learns of possible positive cases from the state health department’s Martin County office, but all public schools employees are eligible for free testing with 24-hour results through a partnership with local hospital, Cleveland Clinic Martin Health, DeShazo said. A health department spokesperson did not immediately respond to a request for comment.

“The school district takes this very seriously,” DeShazo said. “The health and safety of students and staff is our top priority.”

For her part, Rescinitti said no one had checked her temperature when she went to work the last two days.

“I am nervous,” she said. “I am high risk and compromised because I have asthma.”

Got a tip? Send it to The Daily Beast here

How IoT revolutionized medical care during the pandemic

Wed Aug 19 , 2020
Over the last few months, the COVID-19 pandemic has thrown the world into an unprecedented situation. It even gave birth to new concepts such as social-distancing and prioritized technologies like cloud, internet of things (IoT) services, and artificial intelligence. Likewise, IoT and the internet of medical things (IoMT) have witnessed […] 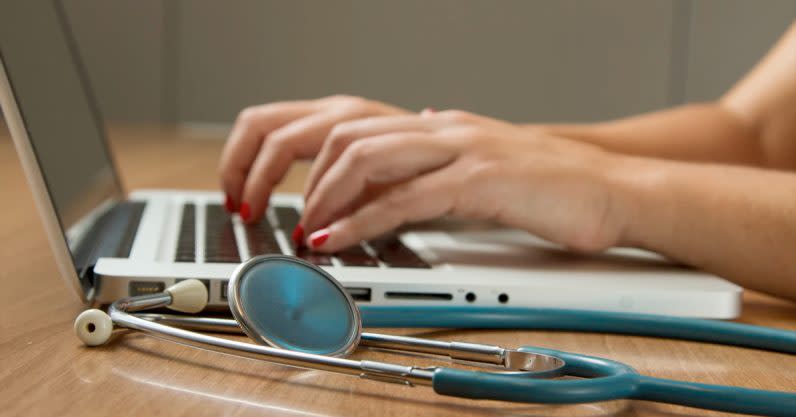