Click here to read the full article. Singer-songwriter Ryan Adams — who in February of last year was accused of sexual misconduct by seven women, including his ex-wife, actor-singer Mandy Moore — has written a statement apologizing for the ways in which he “mistreated” women in the past. In a […]

Singer-songwriter Ryan Adams — who in February of last year was accused of sexual misconduct by seven women, including his ex-wife, actor-singer Mandy Moore — has written a statement apologizing for the ways in which he “mistreated” women in the past. In a long statement in England’s Daily Mail, he wrote that he is now sober and said, “There are no words to express how bad I feel about the ways I’ve mistreated people throughout my life and career. All I can say is that I’m sorry. It’s that simple. This period of isolation and reflection made me realize that I needed to make significant changes in my life.”

Adams was the subject of a New York Times investigation that involved interviews with multiple women who claimed emotional abuse or severe manipulation by Adams, including a woman who showed reporters sexually explicit texts she said she exchanged with Adams when she was underage, as well as production clients who alleged they were pressured to indulge in sexual as well as professional relationships. Moore maintained that Adams initially mentored her but ultimately stalled her music career. In the wake of the article, the release of three planned albums by the singer through Universal Music Group were cancelled, as were tour dates and several product sponsorships with the singer.

“No amount of growth will ever take away the suffering I had caused,” he wrote. “I will never be off the hook and I am fully accountable for my harmful behavior, and will be for my actions moving forward. I hope that the people I’ve hurt will heal. And I hope that they will find a way to forgive me.”

“I’ve gotten past the point where I would be apologizing just for the sake of being let off the hook and I know full well that any apology from me probably won’t be accepted by those I’ve hurt.

I get that and I also understand that there’s no going back. To a lot of people this will just seem like the same empty bull***t apology that I’ve always used when I was called out, and all I can say is, this time it is different…

“In my effort to be a better man, I have fought to get sober, but this time I’m doing it with professional help. Sobriety is a priority in my life, and so is my mental health. These, as I’m learning, go hand in hand.” Read Adams’ statement in full at the Daily Mail.

Adams’ motivation in making the statement on July 3, on a National Holiday in the U.S., is unclear, but he posted on Instagram that he has an updated website, which usually indicates musical activity to come. In what is probably a coincidence, another musician accused of sexual misconduct, Ben Hopkins of PWR BTTM, also attempted to re-emerge last week, via an interview in Billboard that met with fierce criticism online, although i.

Sat Jul 4 , 2020
Singapore’s TraceTogether Tokens are the latest effort to tackle Covid-19 with tech. But they have also reignited a privacy debate. The wearable devices complement the island’s existing contact-tracing app, to identify people who might have been infected by those who have tested positive for the virus. All users have to […] 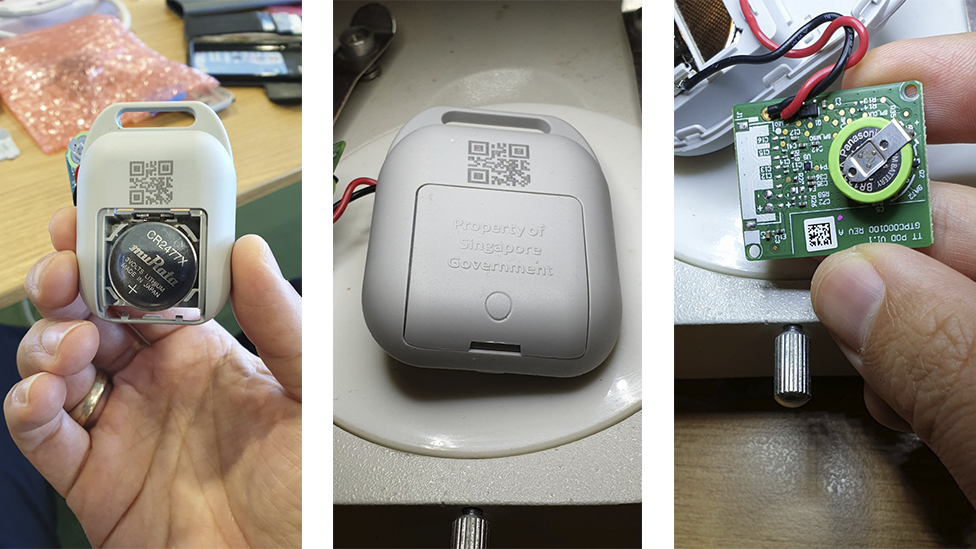