Trump administration officials and Republican lawmakers on Capitol Hill are downplaying the rise and risks associated with the coronavirus as they push to reopen the economy and the nation’s schools ahead of the November elections. Cases have risen over the previous 14 days in most states, according to a New […]

Trump administration officials and Republican lawmakers on Capitol Hill are downplaying the rise and risks associated with the coronavirus as they push to reopen the economy and the nation’s schools ahead of the November elections.

Cases have risen over the previous 14 days in most states, according to a New York Times coronavirus database. The country recorded its sixth single-day record in 10 days with almost 60,000 cases on Thursday. Hot spots include Arizona, Texas, Florida, South Carolina, and California, which keep shattering records as well.

But top Trump administration officials maintain this rise in cases isn’t as concerning because fatalities have largely decreased in recent weeks. GOP lawmakers in states like Texas and Florida have also sought to dismiss the problem by citing death statistics in their states. That stance reinforces a weeks-old Republican pattern of repeated denial in the face of increasingly alarming data on coronavirus infections, test positivity, hospitalizations and deaths.

“Because of what our health care workers have done ― because of the innovation and the medicines that we’ve been able to make available ― literally, we have seen fatalities decline by 90%,” Vice President Mike Pence, the leader of the White House coronavirus task force, said at an event this week.

Nationally, the daily death toll is still below its April peak, but fatalities are again on the rise, reaching the highest levels since early June.

Public health experts have consistently said that deaths are a lagging indicator of infections, and that the coronavirus remains a serious problem.

“It’s a false narrative to take comfort in a lower rate of death,” Dr. Anthony Fauci, the nation’s top infectious disease expert and a member of the task force, warned this week.

Dr. Deborah Birx, another member of the task force, said at Friday briefing she expected to see an increase in mortality in individuals with COVID-19 in the coming weeks.

The GOP effort to minimalize the threat of the virus applies to data on hospitalizations, as well.

White House press secretary Kayleigh McEnany, for example, claimed at a press conference on Thursday that a resumption of procedures unrelated to the pandemic are largely driving the increase in hospitalizations ― not the coronavirus.

“A lot of it is elective surgeries,” McEnany said.

Test positivity ― the percentage of people who test positive for the virus compared with the total number tested ―  is another area administration and GOP officials have sought to spin.

“We believe that the takeaway for every American, particularly in those states that are impacted, is keep doing what you’re doing because we’re starting to see the first indications … that they are having a good effect,” Pence said.

Higher positivity rates may indicate that health officials are not “casting a wide enough net to know how much of the virus is spreading within its communities,” according to Johns Hopkins.

Trump, who repeatedly has falsely attributed rising infections to increased testing, this week demanded that the nation’s schools reopen in the fall, and threatened to withhold federal funding if they don’t. He touted what he called the “pretty amazing stat” that out of thousands of children infected in New Jersey, only one has died.

The push to reopen schools, as openly acknowledged by Trump’s campaign, is fueled at least in part by concern over his increasingly poor reelection prospects.

“The suburban mom will say ’I’m going to stick with President Trump on this one ― because he wants to make sure my kid gets back to school,” Trump campaign senior adviser Mercedes Schlapp said in an online video.

Sen. John Cornyn (R-Texas) also appeared to downplayed the threat of coronavirus to younger Americans in an interview Friday with NBC 5, a Texas affiliate.

“We still don’t know whether children can get it and transmit it to others,” Cornyn said.

The claim is contradicted by health experts and data provided by the Texas Department of State Health Services, which counts more than 1,700 COVID-19 cases in people ages 19 and younger statewide.

But even if children are generally less susceptible to the disease’s worst symptoms, they still may put teachers and other school staff at risk. Moreover, public health experts say the broader threat associated with reopening schools is children unknowingly infecting family members, friends and neighbors who may be vulnerable to COVID-19. 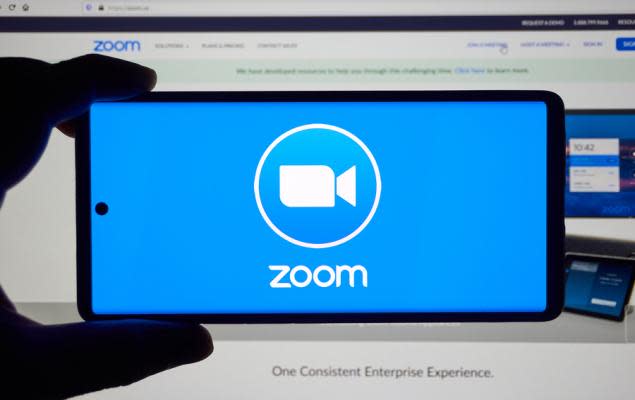