Switching from in-person to online schooling has been hard on many families – and on their budgets. About one-quarter of parents say they’ve gone into debt to pay for their kids’ at-home school expenses, with a large share blaming the cost of paying for their kids’ breakfasts and lunches when […]

Switching from in-person to online schooling has been hard on many families – and on their budgets.

About one-quarter of parents say they’ve gone into debt to pay for their kids’ at-home school expenses, with a large share blaming the cost of paying for their kids’ breakfasts and lunches when they switched to learning remotely from home.

That’s according to a new survey from Credit Karma, which wanted to examine how this school year could affect household finances. More than half of parents say they expect to spend slightly to significantly more on school supplies this year, the survey of more than 1,000 parents found.

The reasons for the debt are higher grocery prices and the sudden switch to at-home schooling in March.

Learning spaces at home: How to create an A+ space for learning at home

Delaying college has a price: Study says students could lose $90K over their lifetime

Prior to the pandemic, about 30 million children were fed daily by their schools’ breakfast and lunch programs, according to the School Nutrition Association, an association of school nutrition professionals.

Those meals are a good deal for parents, with the majority of children receiving free or reduced-cost lunches, while the regular price is about $2.50 a meal for elementary age kids. Then, when the pandemic shut down in-person schooling in March, millions of parents found themselves on the hook for providing those meals at home. About one in four parents who have taken on debt due to at-home education costs blamed the expense of providing breakfast and lunch for their kids, Credit Karma found.

“School lunch was a lot cheaper to pay for every day versus making lunch at home,” says Colleen McCreary, chief people officer at Credit Karma, whose son recently started his 2020-21 school year in online classes. “It’s all-day grazing, depending on the age of a child.”

Business women of the century: Founders of Girl Scouts, Mary Kay and Eleanor Roosevelt among USA TODAY Women of the Century

A pioneering self-made millionaire: Why Madam CJ Walker, Kamala Harris are missing from Women of the Century lists

Even though school districts across the nation provided free meals to families through pick-up locations during the pandemic, a majority of districts witnessed a drop of 50% or more in the number of meals they served, says Diane Pratt-Heavner, director of media relations for the School Nutrition Association. That could be due to conflicts with work schedules for parents, who might be unable to make it to the pickup locations, or concern about safety given COVID-19 infection rates in some communities.

At the same time, grocery prices have crept upwards, pushing up costs on  everything from eggs to peanut butter. The typical elementary school lunch costs about $2.50 per child, although only about one-quarter of students pay full price, with the remainder paying reduced fees or qualifying for free lunches.

Families with two children spent 10% more on weekly groceries at the end of July compared with the end of April, according to the Census Bureau’s Household Pulse survey, which was created to track the economic impact of the coronavirus pandemic on households.

Spending on prepared foods or deliveries has surged even more – by 25% – for parents with two children.

It’s likely that millions of parents will continue to face higher costs for food in the coming school year, given that 17 of the 20 largest school districts in the U.S. are opting for remote learning this fall, according to Education Week. About 4 million students are enrolled in those districts.

The hardships caused by the pandemic, including lost income and employment as well as higher food prices, are among the reasons why the School Nutrition Association is urging that school meals be provided for free to all students this school year. Food insecurity is on the rise as households cope with the fallout from the pandemic, a concerning development for children, Pratt-Heavner adds.

“It would be simpler for schools in the middle of a pandemic to distribute meals to any child who requests one,” Pratt-Heavner says. “There won’t be any PIN pads. There won’t be any questions or ‘Oh, my mom and dad didn’t send in any money.’ ”

Other costs are also pushing up household spending, with parents anticipating shelling out more money this year on technology such as laptops and tablets, Credit Karma said. That’s most likely due to at-home students needing better equipment to do their work.

Consider where you can cut spending as well as how to reduce technology outlays, such as looking for refurbished or second-hand computers, McCreary advises.

“When it comes to back to school, assess what you already have and prioritize must-haves,” she says. “Many of those school sports won’t happen, so you don’t need to spend on those things. Maybe it’s just a new shirt for the first day of school,” given many kids will be on Zoom calls this fall.

Aimee Picchi is a business journalist whose work appears in publications including USA TODAY, CBS News and Consumer Reports. She previously spent almost a decade covering tech and media for Bloomberg News. You can find her on Twitter at @aimeepicchi.

This article originally appeared on USA TODAY: Back to school 2020: Parents go into debt to pay for kids’ meals

How to make sure your vote counts in November 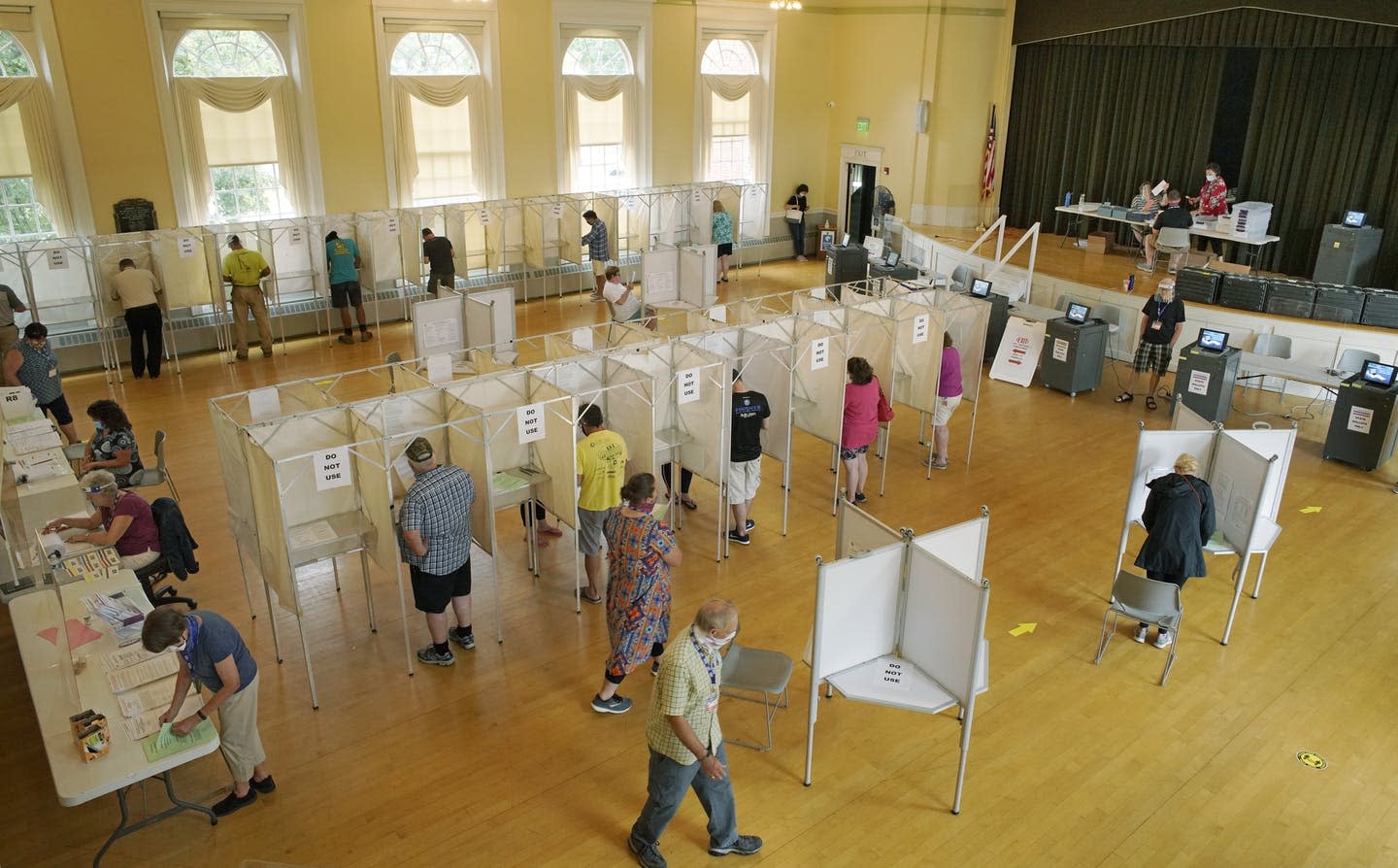