Ahead of the coming reopening of further education, universities and colleges around America are beginning to announce massive layoffs and job cuts, citing financial difficulties caused by the coronavirus pandemic.

Related: Universities plan for students’ return – but will US campus life ever be the same?

But the actions have not gone unopposed and have triggered protests, outrage and lawsuits from staff and unions in an attempt to halt, or even reverse, the layoffs.

Budget shortfalls have already resulted in steep cuts to higher education funding from state governments around the US, as state university systems are losing millions in revenue with severe gaps in federal relief to cover the losses. Private colleges are also grappling with deficits and budget shortfalls from lost revenue such as cancelled on-campus events, room and board, costs of online learning infrastructure, and declining enrollment.

Canisius College, a private Jesuit college in Buffalo, New York, is laying off 23 full-time faculty members and 71 staff members, citing financial deficits worsened by the pandemic. Faculty, staff, students and alumni have held several protests against the cuts, and the faculty senate approved a resolution of no confidence in the college’s president and board of trustees in response to the cuts.

“We had no idea it was an option and there’s no financial savings,” said Nancy Rourke, a religious studies professor at Canisius who was offered a choice of taking an immediate layoff with a severance package or a one-year contract to teach her final year as the classics department and religious studies major is being closed.

Faculty at Canisius have criticized the manner in which cuts have been announced and claim guidelines for tenured professors are not being followed.

“Higher education is set up with shared governance and processes with the American Association of University Professors that guarantee tenure,” said Dr Tanya Loughead, a professor of philosophy and president of the AAUP chapter at Canisius. “The college has not followed proper process in that way at all and when this isn’t followed at one school, it puts tenure in general in higher education at risk for all of us.”

In an emailed statement, the Canisius college president, John Hurley, said cuts were made in response to a projected $20m deficit, and claimed members of the faculty senate were involved in the budget plan.

In the City University of New York (Cuny) system, about 2,800 adjunct faculty members and part-time staff were notified in July that they were to be laid off in anticipation of funding cuts from the state of New York and New York City.

The Professional Staff Congress, which represents faculty in the Cuny system, responded to the layoffs by filing a lawsuit demanding Cuny rehire all laid off employees with back pay and benefits, and refrain from further layoffs.

“We are refusing to normalize layoffs,” said Barbara Bowen, president of the PSC and professor of English at Queens College and the Graduate Center of CUNY. “The response should be to invest more in Cuny, not to threaten with cuts.”

She cited that during the Great Depression of the 1930s, New York City opened two new public colleges, Brooklyn College in 1930 and Queens College in 1937.

“In a crisis where our university will be needed as never before, it’s bad policy to respond with mass layoffs,” added Bowden.

The University of Akron in Ohio approved a list on 15 July to cut 97 faculty and 81 staff, including several tenured professors, citing financial difficulties caused by the pandemic.

Dr Susan Ramlo, a professor of general technology in the science and engineering department at the University of Akron and vice-president of the Akron chapter of AAUP, is another tenured professor on the list of cuts.

“The sense is that destroying tenure was on the agenda of the administration when they created this faculty hitlist,” said Dr Ramlo, who just completed her 26th year of teaching at the University of Akron. “To be able to fire tenured faculty without due process is to negate that job security and in a way that will make tenured faculty not stand up for their colleagues, for their research, and that weakens the entire higher education system.”

The faculty union is currently voting on an offer from the university which still includes cuts. If denied, the union will go to arbitration with the university, in the hope the layoffs are rescinded and faculty reinstated.

“If the cuts are kept in place, it will be career-ending for most of us on the hitlist,” added Dr Remlo. “We’re in the middle of a pandemic. There could not be a worse time to be cut from an academic position than right now.”

The University of Akron denied targeting tenure, and cited a provision in their contract with faculty that allows the school to bypass the retrenchment process to reduce faculty in response to a catastrophe.

“The upheaval caused by the pandemic brought about new budget realities, including a projected $65m shortfall if we took no action,” said a spokesperson.

30 Ways Shopping Will Never Be the Same After the Coronavirus

Wed Aug 12 , 2020
The coronavirus has changed life in just about every aspect, including shopping. Many retailers with a brick-and-mortar presence have been able to shift to serving customers solely online, but essential businesses like Target and Costco have been forced to quickly adapt to new safety protocols to protect customers and employees. […] 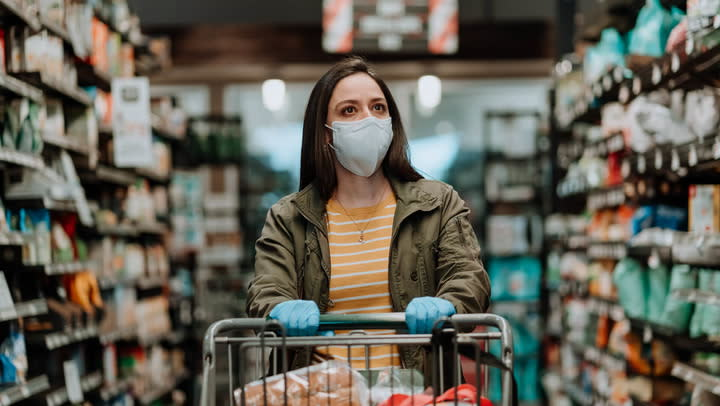