A range of Unilever products have had nut allergy warnings added to them as part of a more stringent policy – Mike Egerton/PA Nut allergy warnings have been added to previously “safe” ice cream prompting complaints from parents that their children are being unfairly denied their favourites. A petition set […]

Nut allergy warnings have been added to previously “safe” ice cream prompting complaints from parents that their children are being unfairly denied their favourites.

A petition set up by the mother of a teenage allergy sufferer has urged Unilever to roll back changes that have seen “may contain almonds” and warnings over hazelnuts added to some of its popular ice cream brands, including Magnums and Cornetto.

Unilever said the warnings were added as part of a new, more stringent labelling policy and that it has increased its range of ice cream suitable for those with allergies in recent years. It said consumer safety was its priority.

However, last night Nadim and Tanya Ednan-Laperouse, whose daughter Natasha died in 2016 after eating a Pret a Manger baguette, said that “may contain” labelling is unclear for consumers and cuts off people with allergies from food they may enjoy and love.

They said: “Magnums are ubiquitous. To cut off the supply and enjoyment of hundreds or thousands of children is unbelievable.

“Unilever are giants in the food industry and their latest stance is a poor example to others when they should be leading the industry.”

The couple founded the Natasha Allergy Research Foundation which campaigned for “Natasha’s Law”, which requires firms to have accurate food labelling.

Angela Waters, of Nut Free Living, an online marketplace for those with allergies, started the petition. Her 19-year-old daughter was diagnosed with a nut allergy aged 11.

On the petitions website, she wrote that parents and children were “upset” over the labelling changes and urged the company to make its production lines nut free.

She said: “What is even more unfortunate is that across the UK Unilever dominates the market for supply to ice cream vans, cafes and other venues leaving those with nut allergy no nut safe ice cream options this summer when out and about.

“Imagine if you were with the child that was told sorry none of your previous choices are safe anymore? Sorry there’s no ice cream here you can eat! Sadly, that’s now the reality for many.”

The Anaphylaxis Campaign, a charity, said it had received queries to its helpline about the changes. A spokesman said: “We would always advise that allergic individuals take ‘May contain’ warnings seriously.”

A Unilever spokesman said: “The safety of our products is our number one priority. We have stringent measures in place to prevent the cross contamination from nuts when we manufacture our ice creams, and we always advise people to carefully read the label.

“We know there are many people in the UK & Ireland who are allergy sufferers and we have a wide range of delicious ice creams which are suitable for those with nut, dairy or gluten allergies.

“We have also committed to increasing the amount of allergy information on our websites to make it easier for people to see which ice creams are suitable for them to enjoy.”

She added: “In recent years we’ve expanded our range of ice creams which are suitable for those with allergies, providing more choice without compromising on the safety of our products which is our top priority.”

The new labelling policy will be rolled out across all of Unilever’s food and refreshment products across the UK.

Among the ice creams the company highlighted as suitable were Mini Milks, Twisters, a range of Ben & Jerry’s flavours and two types of boxed Soleros.

The Food Standards Agency said that “may contain” labelling is voluntary but that to introduce it a firm must have carried out a risk assessment.

Peanut allergy affects one in 50 children in the UK but has been increasing in recent decades, according to the charity Allergy UK.

It usually develops in early childhood but, occasionally, can appear in later life. Around 10 people in the UK die every year from food-induced anaphylaxis.

ANGI Homeservices, The Children's Place, Hanesbrands, Crocs and Activision Blizzard highlighted as Zacks Bull and Bear of the Day 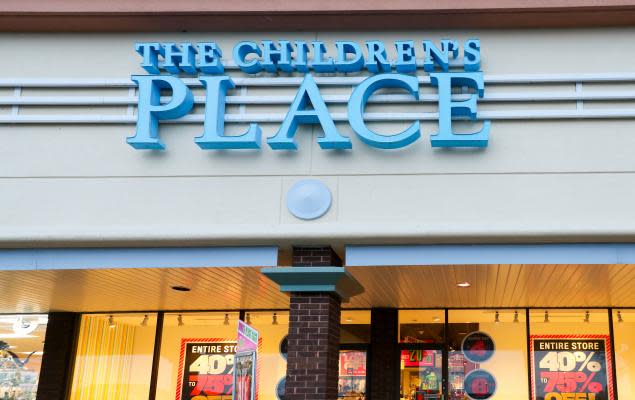