The World Health Organization is dashing hopes of those who think enough people around the globe are being infected by the coronavirus to create “herd immunity,” which could stop the spread. A researcher says we’re still a long ways off from that point in which enough people have antibodies from the […]

The World Health Organization is dashing hopes of those who think enough people around the globe are being infected by the coronavirus to create “herd immunity,” which could stop the spread.

A researcher says we’re still a long ways off from that point in which enough people have antibodies from the virus that it can halt the spread before vaccines become available, the Daily Mail reported. The big problem at the moment is younger persons, those in the 20s, 30s or 40s, with mild or no symptoms of COVID-19 who are unknowingly spreading it.

Another way to slow the spread: wear masks in public restrooms. Flushing a urinal can create an “alarming upward flow” of particles, which are present in human feces and urine, according to a new study.

The government’s response to the coronavirus, meanwhile, remains a political football. A woman whose father died from the coronavirus blamed President Donald Trump and his administration in a fiery speech during the first night of the four-day Democratic National Convention.

📰 What we’re reading: New coronavirus cases are emerging at schools. How much you know depends on where you live.

This file will be updated throughout the day. For updates in your inbox, subscribe to the Daily Briefing.

After a rapid increase in coronavirus cases, the University of Notre Dame on Tuesday paused in-person instruction a little over a week after classes started.

It was the second major university this week to halt in-person courses. The University of North Carolina at Chapel Hill on Monday pivoted its fall semester online after one week of class.

Still, Notre Dame is not sending students home, “at least for the time being,” said the college’s president, the Rev. John I. Jenkins. For the next two weeks, all undergraduate courses will be online. Students who live on campus should stay there unless there is an emergency, the university said in a news release, while students who live off campus should not come to school.

Notre Dame made the switch after reporting nearly 90 cases on Monday alone, for a total of 147 since August 3. Contact tracing, Jenkins said, showed many of the new cases were related to “off-campus gatherings.”

Also Tuesday, Michigan State University announced its in-person classes would be offered remotely. It also asked its undergraduate students planning to live on campus to stay home. Courses are scheduled to start Sept. 2.

The Navy Pier will shutter early this season on Sept. 8 and isn’t expected to open again until next spring even though this is normally its busiest time of year.

The popular tourist spot reopened in a limited capacity June 10, but officials said they’re only seeing about 15% to 20% of the usual crowds. The early closure, which will include more than 70 businesses, is expected to help reduce operational expenses and limit losses.

“While this was a very difficult decision for the organization, it was a necessary one to proactively ensure the long-term success of one of Chicago’s most treasured and important civic institutions,” said Navy Pier CEO Marilynn Gardner in a statement.

The Centennial Wheel and other top attractions on the pier haven’t been able to open and operate, officials said, and the Chicago Children’s Museum and Chicago Shakespeare Theater have been closed as well.

COVID-19 is on track to become the third leading cause of death in the U.S. this year, following only heart disease and cancer, the National Safety Council reported Tuesday. If it comes to pass, it would mark the first time since 2016 that preventable deaths, including fatal drug overdoses, auto accidents and falls, held the third-place position, the council said.

With the number of deaths attributed to the coronavirus now topping 170,000 in the U.S., the total has already blown past the 167,127 lives lost to preventable accidents two years ago, according to the council.

“In a little more than six months, COVID-19 has claimed more lives than accidental drug overdoses, motor vehicle crashes and falls combined during 2018,” the council said in a statement.

Postmaster General to delay initiatives until after election

Postmaster General Louis DeJoy said Tuesday that he is going to suspend his efforts to make reforms at the U.S. Postal Service that led to fears by Democrats that mail-in ballots, considered critical this election year, could be delayed.

In a statement, he said that the management initiatives aimed at reducing the operation’s losses were “raised as areas of concern as the nation prepares to hold an election in the midst of a devastating pandemic. To avoid even the appearance of any impact on election mail, I am suspending these initiatives until after the election is concluded.”

DeJoy, a North Carolina business executive who has been a large GOP contributor, was under fire for reductions that aimed at reducing the postal service’s losses, attributed in part to the effects of COVID-19. He had been scheduled to appear before the Senate Homeland Security and Government Affairs Committee on Friday.

Alaska and Delaware were added to the list of 31 states, plus the territories of Puerto Rico and Virgin Islands, that require 14-day quarantine periods upon arrival in New York, New Jersey or Connecticut, New York Gov. Andrew Cuomo announced.

The list is aimed at preventing infections from those traveling from states that have high COVID-19 infection rates. Visitors have to fill out a questionnaire if they arrive by air or stay at hotels and New York City has random checkpoints at its borders.

“We’ve gone from one of the nation’s worst infection rates to one of its best and have an infection rate below 1% for the 11th straight day — but that’s no excuse for getting complacent as we add two more states to our travel advisory,” Cuomo said in a statement.

Masks in restrooms? Urinals may shoot ‘plumes’ of coronavirus particles

Wearing a mask in public restrooms should be mandatory during the pandemic, researchers say, because there’s increasing evidence that flushing toilets – and now urinals – can release inhalable coronavirus particles into the air.

The coronavirus can be found in a person’s urine or stool, and flushing urinals can generate an “alarming upward flow” of particles that “travel faster and fly farther” than particles from a toilet flush, according to a study published in the journal Physics of Fluid Monday.

Researcher Xiangdong Liu and a team from Yangzhou University in China simulated urinal flushing using computer models and estimated that, within just five seconds of flushing, virus particles could reach a height of more than 2 feet off the ground.

Dobbs said 245 teachers and 199 students have tested positive in Mississippi. Those positives have led to 589 teachers and 2,035 students being placed in quarantine, too. However, many schools have yet to reopen to in-person learning.

Dobbs said most students that have tested positive caught the virus outside of campus, and “brought it with them.”

As schools continue to reopen, Gov. Tate Reeves said testing would be expanded for teachers, even if they are not symptomatic, and emergency telehealth services would be offered at schools for students covered under Medicaid, which could be an option for about half of Mississippi school campuses, Reeves said.

South Korea, heralded for its response in slowing the spread of the coronavirus within its borders, is imposing new social distancing measures as it aims to curb a new surge of cases.

Prime Minister Chung Sye-kyun said in a televised address Tuesday that the new restrictions in Seoul were inevitable given that an outbreak there could lead to a nationwide surge.

Large public gatherings will be banned and churches and nightspots shut down in Seoul as well as nearby Gyeonggi province and the city of Incheon. South Korea tallied 246 new cases Tuesday, bringing its five-day total to 959. Chung didn’t say for how long the measures would be in place.

Officials at the World Health Organization raised new alarms Tuesday that young people unaware of their infection are increasingly driving the spread of COVID-19 and the world is nowhere near herd immunity.

People in their 20s, 30s and 40s may be unaware they have an active case if their symptoms are mild or not present, but they are making up a greater share of the infected population, posing a risk to more vulnerable populations as they can still spread the virus, officials warned Tuesday.

WHO’s emergencies chief Dr. Michael Ryan said Tuesday that we should not live “in hope” of achieving herd immunity, adding, “This is not a solution and not a solution we should be looking to.”

Gov. Andrew Cuomo is writing about it.

Crown, an imprint of the Random House Publishing Group, announced Tuesday that it will publish a new book Oct. 13 by the Democratic governor, titled “AMERICAN CRISIS: Leadership Lessons from the COVID-19 Pandemic.”

Trump said Monday that New Zealand was seeing a “big surge” in virus cases after “it was like front page, they beat it.”

Arden, however, was critical of Trump’s characterization of the new case count.

“I think for anyone who’s following COVID and its transmission globally will quite easily see that New Zealand’s nine cases in a day does not compare to the United States’ tens of thousands,” she told reporters.

The Food and Drug Administration issued the alert Monday to doctors and laboratory technicians using Thermo Fisher’s TaqPath genetic test. Regulators said issues related to laboratory equipment and software used to run the test could lead to inaccuracies. The agency advised technicians to follow updated instructions and software developed by the company to ensure accurate results.

The warning comes nearly a month after Connecticut public health officials first reported that at least 90 people had received false positive results for the coronavirus. Most of those receiving the false results were residents of nursing homes or assisted living facilities.

Thermo Fisher said the company was working with FDA “to make sure laboratory personnel understand the need for strict adherence to the instructions for use.”

Florida’s vital tourism industry suffered an estimated 60.5% drop in visitors as the COVID-19 pandemic hit hard during the second quarter, with international travel off more than 90%.

And the outlook remains dim for the state following the decline of nearly 20 million visitors from April through June. The tourism industry must combat ongoing negative perceptions of Florida’s handling of COVID-19, international travel bans, people slow to return to entertainment venues and double-digit unemployment.

During the second quarter, roughly 13 million people – almost all traveling from other states – came to Florida as businesses were shut down in April and amid harried reopening efforts in May and June, according to numbers posted Sunday by the Visit Florida tourism-marketing agency.

On Facebook: There’s still a lot unknown about the coronavirus. But what we do know, we’re sharing with you. Join our Facebook group, Coronavirus Watch, to receive daily updates in your feed and chat with others in the community about COVID-19.

In your inbox: Stay up-to-date with the latest news on the coronavirus pandemic from the USA TODAY Network. Sign up for the daily Coronavirus Watch newsletter here.

Tips for coping: Every Saturday and Tuesday we’ll be in your inbox, offering you a virtual hug and a little bit of solace in these difficult times. Sign up for Staying Apart, Together here.

Tue Aug 18 , 2020
The coronavirus outbreak continues to aggravate in the United States as it recorded 35,112 new cases and 445 virus-related deaths on Aug 17, according to data from Johns Hopkins University. The world’s largest economy has already seen more than 5.4 million coronavirus cases along with at least 170,000 fatalities. Per […] 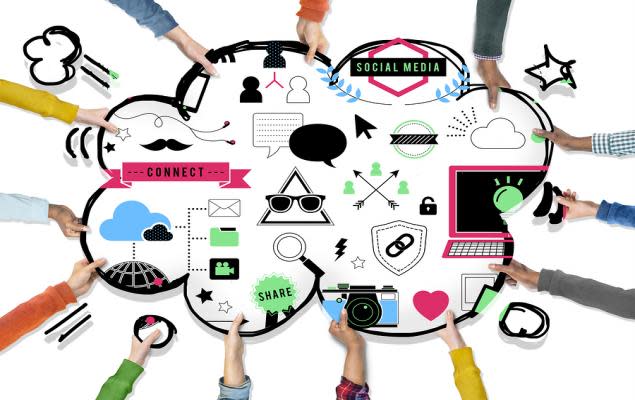