By Shoon Naing YANGON (Reuters) – Humanitarian workers battling the novel coronavirus in Myanmar’s Rakhine State have urged authorities to restore high-speed internet access to help tackle rising infections in an area where tens of thousands of people have been displaced. The region has seen the fastest spread of the […]

YANGON (Reuters) – Humanitarian workers battling the novel coronavirus in Myanmar’s Rakhine State have urged authorities to restore high-speed internet access to help tackle rising infections in an area where tens of thousands of people have been displaced.

The region has seen the fastest spread of the coronavirus in Myanmar in recent months with more than 80 confirmed cases out of the country’s total of 474.

Citing security, Myanmar has curbed internet access in large swathes of the area, where many people live in camps due to fighting between the army and ethnic minority insurgents.

Aid workers from three groups said the government should restore 4G internet access to help inform people about the virus.

“If they do not do it at this time, when information is essential, it will be recorded in history as a crime,” said Zaw Zaw Tun, the secretary of one of the aid groups, the Rakhine Ethnic Congress.

The high-speed internet blackout, imposed in June last year, is due to be lifted this month and while the internet is working in some areas, in others there is only slower 2G service.

A government spokesman did not answer telephone calls seeking comment.

Another humanitarian worker, Aung Than Tun, said the limited access was making it easier for misinformation and rumours about the coronavirus to spread.

Most recent infections have been in the state capital of Sittwe, where officials have imposed a stay-at-home order and a curfew.

Sittwe is also home to camps where about 100,000 Rohingya Muslims have been confined since an outbreak of violence in 2012. Rohingya are mostly denied citizenship and face strict curbs on freedom of movement and access to healthcare.

Myanmar leader Aung San Suu Kyi has said people of all faiths and ethnicities would be treated equally.

Three more coronavirus cases were reported on the weekend in Mrauk U town in Rakhine where internet access is limited to 2G.

Local legislator Tun Thar Sein said the service was too patchy to ensure that people got health and news updates on the outbreak.

Tue Sep 1 , 2020
The group will make a custom-made coronavirus dashboard with data verified by the school district. TAMPA, Fla. — With the school year just days away for those in Hillsborough County, teachers and parents are monitoring coronavirus data in the county.  “This is a deadly virus, and people have to be […] 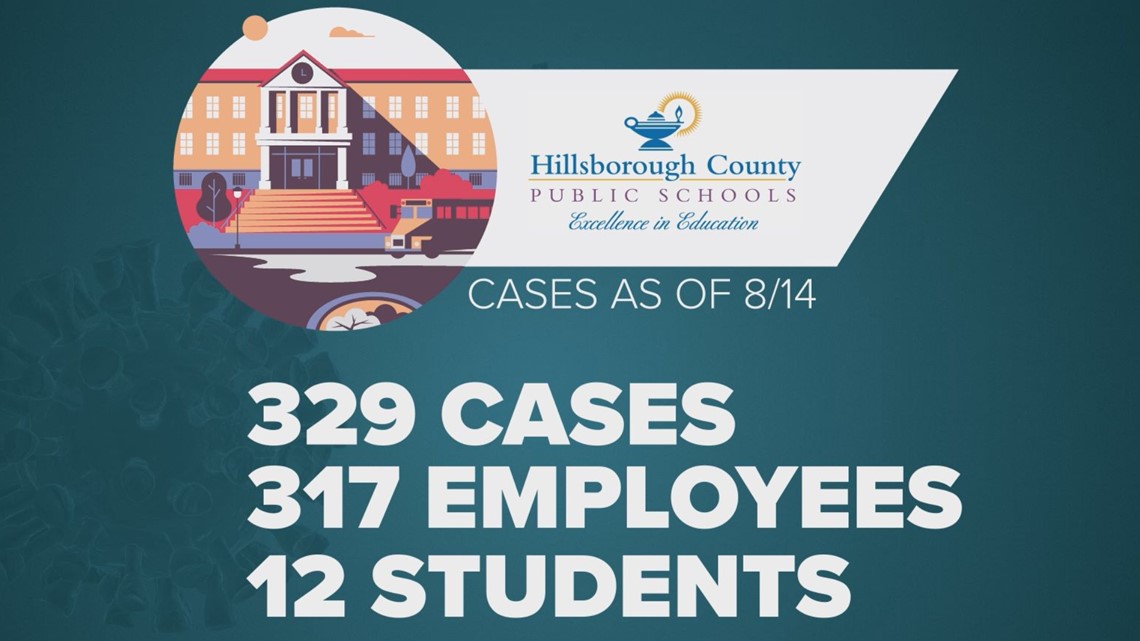