Lil Baby has the year’s most-streamed album to date. (Paras Griffin/Getty Images) Quick — who won at this year’s Grammy Awards? If 2020 has broken your brain like it’s broken ours, you might have trouble remembering that the Grammys even happened this year. But music’s premier awards show really did […]

Quick — who won at this year’s Grammy Awards?

If 2020 has broken your brain like it’s broken ours, you might have trouble remembering that the Grammys even happened this year.

But music’s premier awards show really did go down in late January, just as the COVID-19 pandemic was about to banish artists from stages — and make everything that happened before that feel like ancient history.

Billie Eilish was the night’s big success story: only the second artist in history to sweep the four major categories and the youngest ever, at age 18, to take the prizes for album and record of the year. (She’s 47 now.)

Recovering this lost knowledge the other day led us to wonder who else in music could be described as victors in this wretched year, when the only thing competing with COVID-19 for your attention is the scourge of systemic racism.

So with the first half of 2020 mercifully behind us, behold our rundown of the biggest winners — and losers — of the year so far.

Just a few months ago, the 25-year-old rapper from Atlanta was telling interviewers that he wasn’t especially interested in stardom. Now, his “My Turn” is 2020’s most-streamed album, with hundreds of millions of plays of tracks that layer his blurry yet melodic flow over throbbing trap beats. And whether or not he wants all those eyes on him, Lil Baby is taking advantage of his platform; in mid-June, he released “The Bigger Picture,” a startlingly frank account of why folks are marching in the streets: “I find it crazy the police will shoot you and know that you dead but still tell you to freeze.”

Right behind Lil Baby on this week’s Billboard 200 is Dylan, whose No. 2 showing with “Rough and Rowdy Ways” makes him the first artist to reach the chart’s top 40 at least once in every decade since the 1960s. But Dylan isn’t the only revered singer-songwriter out with his first set of original material in eight years; just as ecstatically reviewed was Apple’s “Fetch the Bolt Cutters,” which like Dylan’s album seems to have inadvertently captured the fevered emotional spirit of quarantine.

First they propelled the latest album from BTS to the biggest sales week of the year. Then they disrupted a white-supremacist social-media campaign by flooding a hashtag with video clips of their favorite acts. Yet the pièce de résistance for super-organized K-pop fans had to be the widespread credit they earned for wrecking President Trump’s rally last month in Tulsa, Okla. Having used the internet, they say, to artificially inflate expectations of a huge turnout, the fans then delighted in the endless photos of empty seats.

As half of Run the Jewels (alongside rapper and producer El-P), Killer Mike provided protesters with a welcome psychic boost on “RTJ4,” a furious hip-hop record that sublimates rage into joy. But in TV appearances and in an emotional news conference with Atlanta Mayor Keisha Lance Bottoms, Mike has also been a steady source of wisdom about the racial injustice currently under examination.

Like the Grammys, Super Bowl LIV — where this Puerto Rican rapper and singer made a surprise appearance during the halftime performance by Shakira and Jennifer Lopez — seems like it took place a century ago. Since then, though, Bad Bunny has released two full albums, including one he finished in lockdown, while his hit “Yo Perreo Sola” has become a kind of isolation anthem. Its indelible chorus translated to English? “I twerk alone.”

This grimy yet festive variant of New York hip-hop tragically lost its most promising star in February, when 20-year-old Pop Smoke was killed in a home invasion in the Hollywood Hills. (A posthumous Pop Smoke album is due Friday.) But Brooklyn drill has thrived even as its fans and principals have mourned, with songs like Pop Smoke’s “Dior” and “Big Drip” by Fivio Foreign taking a once-niche style mainstream.

A year after “Old Town Road,” the wildly popular video-sharing app has become music’s most reliable launching pad for new viral hits. The question for acts like Benee (“Supalonely”), Surfaces (“Sunday Best”) and StaySolidRocky (“Party Girl”) is whether they can create another hit on their own. Either way, TikTok’s valuation keeps growing.

The young Compton rapper dominated Billboard’s singles chart for 11 straight weeks this winter with “The Box,” his squeaky hip-hop hit that began its ascent on TikTok. Now, he’s back at No. 1 with his cameo on DaBaby’s “Rockstar,” which recently spawned a searing Black Lives Matter remix.

So her latest album, “Lover,” hasn’t devoured pop radio the way her older stuff did. By taking a vocal stand in the kind of political matters she once conspicuously avoided — President Trump, Confederate monuments, Black Lives Matter — Swift is arguably setting herself up for a long career more like those of her idols than like anyone passing her on the Hot 100.

In a year with no clubs and no festivals, you might’ve assumed dance music would go into hibernation. Instead, we’ve gotten vivid, clever dance-pop LPs from Dua Lipa, Jessie Ware and Lady Gaga — each a happy-sad soundtrack for the Studio 54 of your mind.

Deep-pocketed fans of the influential grunge band found reason to believe that Nirvana still matters when Dave Grohl’s 13-year-old daughter, Violet, joined the group’s surviving members for a stirring rendition of “Heart-Shaped Box” at a high-priced benefit gig in Los Angeles in January. Everybody else could believe it a few months later thanks to a live-streamed Nirvana tribute in which Post Malone ripped through 15 of the band’s songs with loving intensity.

Has anyone taken a more circuitous path to success in 2020? Long a familiar presence in several distinct internet demimondes, this L.A.-born singer and rapper scored a No. 1 smash in May with “Say So,” an irresistibly breezy pop jam that showed off Doja Cat’s instinct for smoothing just the right amount of eccentricity from her music.

A let’s-call-it-complicated victory, “Say So’s” trip to the top spot refocused attention on Doja Cat’s producer, Dr. Luke, for whom the song was his first No. 1 since being accused of rape in 2014 as part of a still-active legal battle between him and Kesha. And it was followed quickly by the surfacing online of footage showing Doja Cat participating in alt-right chat rooms — activity for which she quickly apologized.

After tasting disappointment when he failed to show as expected at November’s Camp Flog Gnaw Carnival — you’ll remember it as that time the all-powerful Drake was booed for appearing in Ocean’s place — the reclusive R&B star’s ultra-devoted followers were beyond ready for his long-awaited return at Coachella in April. Then the festival was postponed to October because of the pandemic before finally being called off altogether.

No classic totem of socially conscious pop has been as mishandled this year as “Imagine,” which didn’t exactly start from a place of unquestionable brilliance. Still, the late Beatle’s drippy ballad hardly deserved the abuse it experienced at the hands of Gal Gadot and her famous pals in a laughably out-of-touch (and brutally out-of-tune) rendition released in the early days of the pandemic.

The rare misstep by an artist for whom controversy has always been a boon, Del Rey’s muddled Instagram musings about her position in the culture led to accusations of Karen-hood just months after the universal acclaim that greeted her woke-folk masterpiece “Norman F— Rockwell!”

Though his slinky love song “Intentions” has been hanging around the top 10 for months, Bieber’s “Changes” album didn’t quite deliver the full-on comeback he’d been hoping for; in early March, before the concert business shut down, he moved several scheduled stadium dates to smaller arenas reportedly as a result of low ticket sales. Then the dude somehow got roped into a revival of the so-called PizzaGate conspiracy theory when an Instagram video sparked wild speculation that he’d been a victim of child trafficking.

Somebody has to be the first to bring live music back to a world changed by the coronavirus. But nobody had to do it as soon — and with so little regard for the safety of their fans — as these two grinning Nashville bros, who triggered instant criticism (including from some fellow country acts) by separately playing packed concerts last weekend to mostly unmasked crowds.

Wed Jul 1 , 2020
By Nandita Bose (Reuters) – U.S. legislation aimed at stopping online child sexual abuse material is likely to be amended to address concerns of platforms like Google and Facebook that the proposed law goes too far to weaken privacy protections for ordinary users, according to a draft of the bill […] 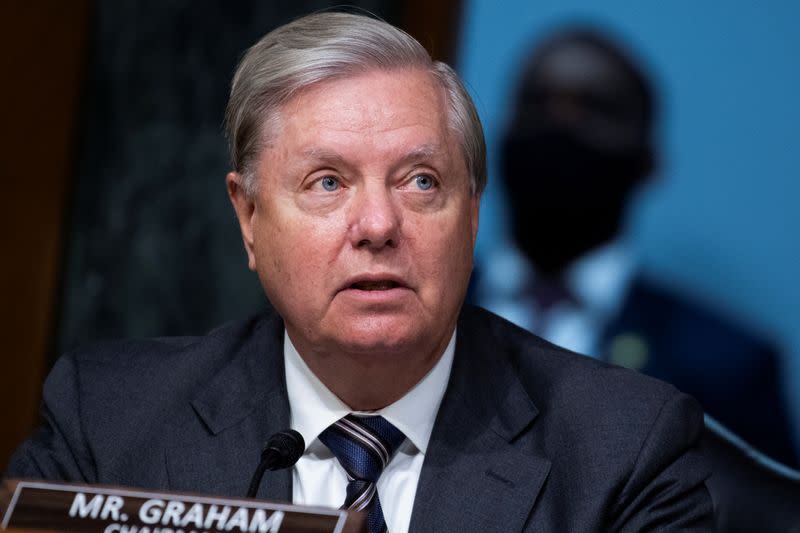