MIAMI, FL — With Florida schools scheduled to resume next month, Miami-Dade County Public Schools said officials have already given out 119,000 electronic devices to students since the start of the pandemic. Even so, a new study ranked Miami as the second worst city for distance learning in the United […]

MIAMI, FL — With Florida schools scheduled to resume next month, Miami-Dade County Public Schools said officials have already given out 119,000 electronic devices to students since the start of the pandemic.

Even so, a new study ranked Miami as the second worst city for distance learning in the United States behind only Birmingham, Alabama.

“Resuming online instruction is a real possibility across the country, and we’ve found that Miami is second among the worst cities for remote learning,” online loan marketplace Lending Tree found in a study released Monday.

Miami-Dade parents have until July 15 to submit the declaration of intent with their preferred option for their children’s fall semester enrollment. The questionnaire is available to parents online, on the Dadeschools mobile app and in schools.

“This declaration of intent is an opportunity for parents to indicate whether they plan to send their children back to school physically, for up to five days-a-week,” district officials said. “It also provides the option to select My School Online, the five days-a-week innovative online learning model, which maintains students’ connection to their enrolled schools and is facilitated directly by assigned teachers, using licensed courseware.”

Lending Tree said Miami schools scored low because only 65 percent of Miami households had computer access and only 54 percent had high-speed internet. Lending Tree also looked at median rooms per household, walkability and bikeability scores, percent of households with children under 18 and housing costs to determine the rankings.

Elmo Lugo of Miami-Dade County Public Schools told Patch the district took a number of steps to make sure its 356,000 students who attend Florida’s largest school district were prepared to resume their education at home prior to the closure of school classrooms in mid March.

“At the end of the school year, more than 119,000 devices were in the hands of students, including more than 9,000 phones that have WiFi for connectivity,” he said. “Additionally, our longstanding partnership with Comcast enabled additional connectivity.”

He said 99.9 percent of district students logged on to student portals and engaged in distance learning during the fourth grading period though Lugo declined to comment specifically on the Lending Tree study.

“M-DCPS staff members conducted direct outreach to students, including home visits to reach out to those who had not engaged in distance learning,” he said. “By the end of the school year, nearly 100 percent of students had connectivity. Over the summer, with the exception of graduating seniors, all M-DCPS students were able to keep their district devices to continue learning.”

Lending Tree said Birmingham finished last because the city ranked poorly across all metrics. “When it comes to computer access, only 59 percent of households have computers and only 52 percent have high-speed internet,” Lending Tree said.

Lugo said the Miami-Dade district, which also includes the cities of Miami Beach, Coral Gables and Aventura, had stockpiled 200,000 devices for students ahead of the pandemic. Florida schools regularly plan for hurricanes.

“Students were connected, thanks in large part to the measures this district implemented,” Lugo said.

Here are some additional measures taken by Miami-Dade County Public Schools, which is considered the fourth largest school district in the nation:

“For Miami-Dade County Public Schools alongside the entire community and nation, 2020 has been a year of challenges, yet it has also been a time to show how much can be accomplished when a school system and its educators, students, parents and the community work together for the benefit of our children,” Lugo added.

Here’s how to declare your preference for the upcoming school year in Miami-Dade County:

District Website: There is a feature for direct submission on the dedicated webpage for reopening schools. Visit here and select “Submit Your Preference Here” in the purple box.

School Site: The declaration of intent form is available at school sites, Monday through Friday from 9 a.m. to 1 p.m. until the July 15 deadline. Parents may also download the form here. They email the completed form to the student’s school principal, or drop it off in person at the student’s school.

Parent Portal: Parents can log in using their established User ID and password. Parents must have their children linked to their account. If their child is not linked, they should visit their child’s school and provide proper identification to obtain a unique six-digit pin. It takes 24 hours for the linking of the student to the parent account to take effect.

Dadeschools Mobile App: Parents can click on the first icon in the upper left corner, entitled “Schooling Pref.” They must have their children linked to their account.

Meal Distribution: The form will also be distributed during the M-DCPS student meal distributions at 50 designated school sites. Click here for a schedule and list of sites.

This article originally appeared on the Miami Patch

What does it take to be a TikTok star? Three women tell all

Tue Jul 14 , 2020
Photo credit: Hearst Owned From Cosmopolitan His mouth is distorted into the shape of a letter box and it moves, warped, as he tells his reflection off for not being “cool” enough. It sounds as if he is trapped in a dustbin underwater. It’s 1am and I’ve spent the last […] 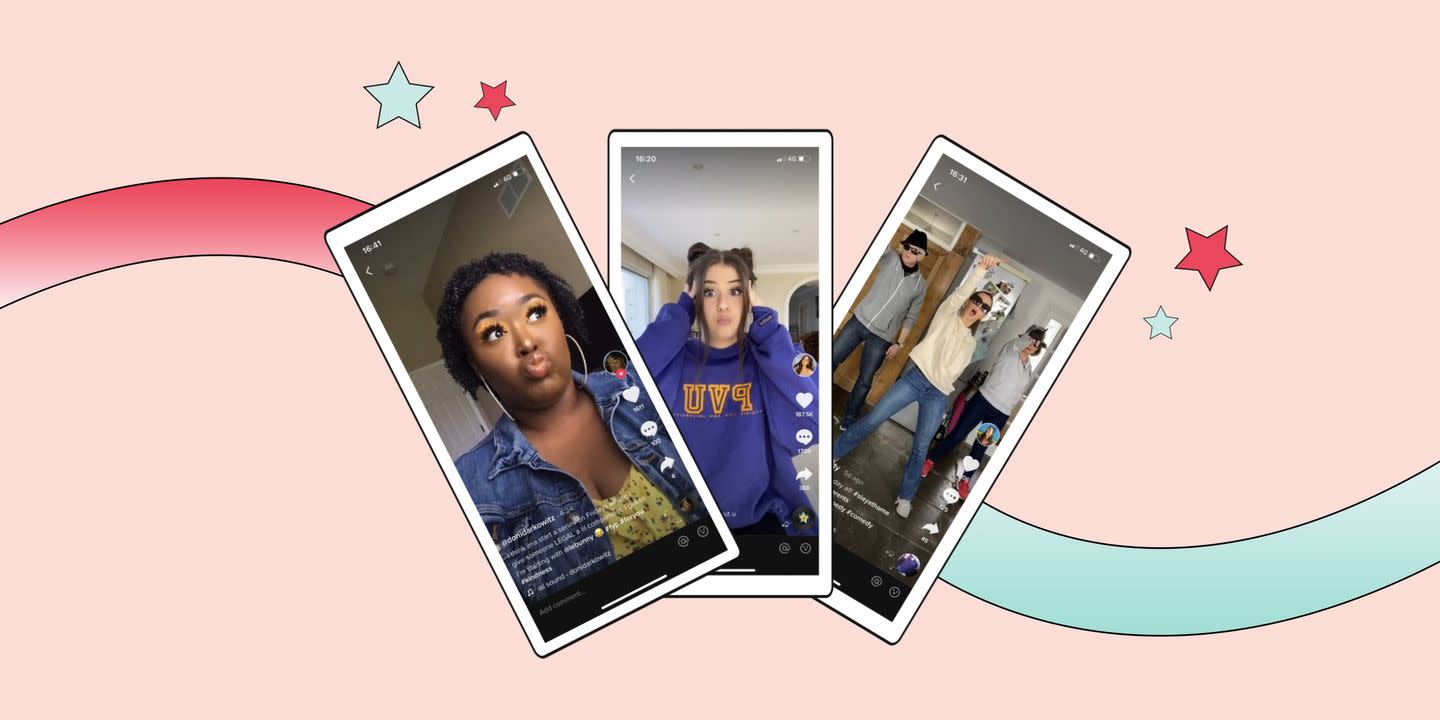