Megan Thee Stallion shared photo evidence of her gunshot wounds on Thursday, slamming “internet bulls—” and theories that she lied about the July incident.

“Lol what I have learned abt majority of the people on social media is y’all like to hear bad news before good news, a lie spreads quicker than the truth, and y’all really be believing the s— YALL make up,” she wrote in her Instagram caption.

“I got hit at the back of my feet because when I got shot I was WALKING AWAY FACING THE BACK,” she continued. “why would I lie abt getting shot? Why are y’all so upset that I don’t wanna be in the bed sad ? Why y’all upset that I can walk ?”

“I usually don’t address internet bulls— but y’all people are so sick! God was really watching over me and I’m healing so well!”

Megan has since deleted the post. Warning: The screenshots below may be considered graphic.

In the early morning of July 12, the ‘WAP’ rapper underwent surgery to remove bullets after she was shot in both of her feet

Los Angeles police had responded to reports of gunshots outside a Hollywood Hills party. Torey Lanez, whom Megan had partied with at Kylie Jenner’s pool earlier that day, was arrested for carrying a concealed weapon in a vehicle. TMZ originally reported that Megan’s foot had been injured by broken glass on the floor of a car.

Hours later, TMZ learned the police had listed Megan, real name Megan Pete, as a “victim” in the incident. After a few days, the Texas-born star herself set the record straight on Instagram.

“I suffered gunshot wounds, as a result of a crime that was committed against me and done with the intention to physically harm me,” she wrote on July 15, calling the incident “traumatic.”

The next day, Page Six reported that Lanez, real name Daystar Peterson, shot Megan while she “was outside trying to leave.” The LAPD also requested more information about the incident via an online press release, which names Lanez, but doesn’t list him as a suspect.

On July 27, Megan shared additional details of the incident in a live video on Instagram.

“I was shot in both of my feet,” she said, adding that surgery “was super scary, it was, like, just the worst experience of my life.”

Luckily, Megan said, the bullets did not hit any bones or break any tendons. She declined to name her assailant, but said she did nothing to warrant violence or backlash.

She also alluded to “jokes” and skepticism that surfaced online in the wake of her assault.

“It’s not funny,” she said. “There’s nothing to joke about. It was nothing for y’all to start going and making up fake stories about… I didn’t deserve to get shot.”

Many have expressed disappointment and even disgust that she felt compelled to “prove” her own trauma.

“It’s really terrible that Megan felt like she had to post her injuries for folks to believe her,” wrote HuffPost editor Philip Lewis. “She doesn’t owe anybody anything.”

Many others also noted that Black women are historically vulnerable to violence and often disbelieved by healthcare professionals, which results in lower life expectancy and higher rates of infant mortality, among other issues.

Conspiracy theories that Megan lied about getting shot, then, presents as a symptom of both racism and sexism.

In fact, Megan herself noted these implications in a July 17 tweet, in which she alluded to her shooting.

“Black women are so unprotected & we hold so many things in to protect the feelings of others w/o considering our own,” she wrote. “It might be funny to y’all on the internet and just another messy topic for you to talk about but this is my real life and I’m real life hurt and traumatized.”

Wed Aug 19 , 2020
MILWAUKEE, WI — The Princeton Review this week released its annual list of the country’s best colleges. This year’s list, which features 386 schools, includes 5 in Wisconsin. The 2021 Best 386 Colleges were selected based on “our high opinion of their academics,” the Princeton Review said in announcing its […] 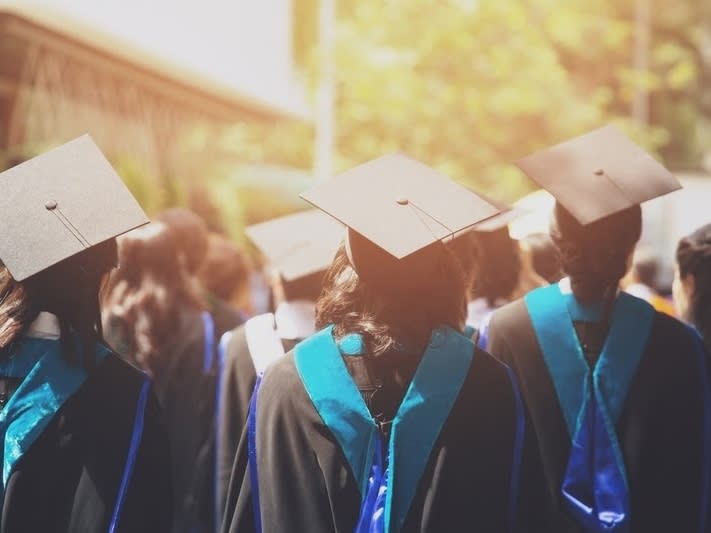