Country star Maren Morris has already proven she won’t stand for folks on the internet criticizing her parenting. Now, she’s clapping back at a troll who tried to shame her for her cleavage.

On Tuesday, the 30-year-old “Girl” singer, who welcomed son Hayes with hubby Ryan Hurd four months ago, shared a pair of selfies on Instagram to show off her cute new hairstyle. “Wavy hair,” she wrote in the caption. In the photos, Morris wears a revealing light blue top that resembles a bikini top.

One commenter took issue with the pics, writing, “Wavy hair as the camera is only on your t—. Yes it’s distasteful for sure.

“Come on if your caption reads wavy hair maybe keep the focus on the hair, or perhaps make the caption big boobs ? Just saying like holy cow,” the critic continued. “Everything in this world doesn’t make sense anymore, clearly these littles don’t have much to look up to either.”

Morris wasn’t having it. She wrote right back to the troll, “Girl BYE. Don’t let my boobs knock you on the way out.”

The singer was more playful about the pics with her hubby, Hurd, 33, who commented, “Great hair.”

She later joked about the kerfuffle on Twitter. “Mom boobs for life. If you’re offended, sign off,” she wrote next to an emoji of a baby’s bottle.

“Sorry I’ve been wearing a nursing bra and sweatpants for 4 months and decided to get dressed up,” she added in a follow-up tweet.

Earlier this month, Morris blasted back against mommy-shamers who criticized her for tweeting a pic — which has since been deleted — of herself enjoying a drink while holding baby Hayes on a pool float at a lake.

“Where is the baby’s life jacket???” wrote one angry fan.

Watch TODAY All Day! Get the best news, information and inspiration from TODAY, all day long.

After fans defended Morris by pointing out she and her baby were floating in “shallow water,” Morris commented to say she was sick of online parenting police — and may stop sharing photos of Hayes.

“Honestly, I get so many criticisms of my motherhood on anything I post of Hayes, so I may just discontinue posting photos of him. Sucks but it’s kind of where I’m at,” she tweeted.

“I mean, we talked about curbing posting photos anyway now that he’s a little bit older, but the added crap from (mostly other moms) folks definitely forced our hand,” she added in a follow-up tweet.

Hurd addressed the incident on his own Twitter page, writing, “I’d just like to say, my wife usually doesn’t need me to defend her, but she’s a great mom, and my kid was not unsafe on a float in 1 feet of water being held by an adult with 5 people watching so she could get a picture.”

“Hayes has 2 coast guard approved life jackets that he wears,” he added. “Also, sometimes moms have a drink, and homegirl earned it.”

Wed Jul 22 , 2020
BOULDER, CO—University of Colorado researchers said they have developed a rapid, portable, saliva-based COVID-19 test able to return results in 45 minutes. Such a test might eventually be deployable in community settings like schools and factories. “We are facing a serious testing shortage in this country right now as more […] 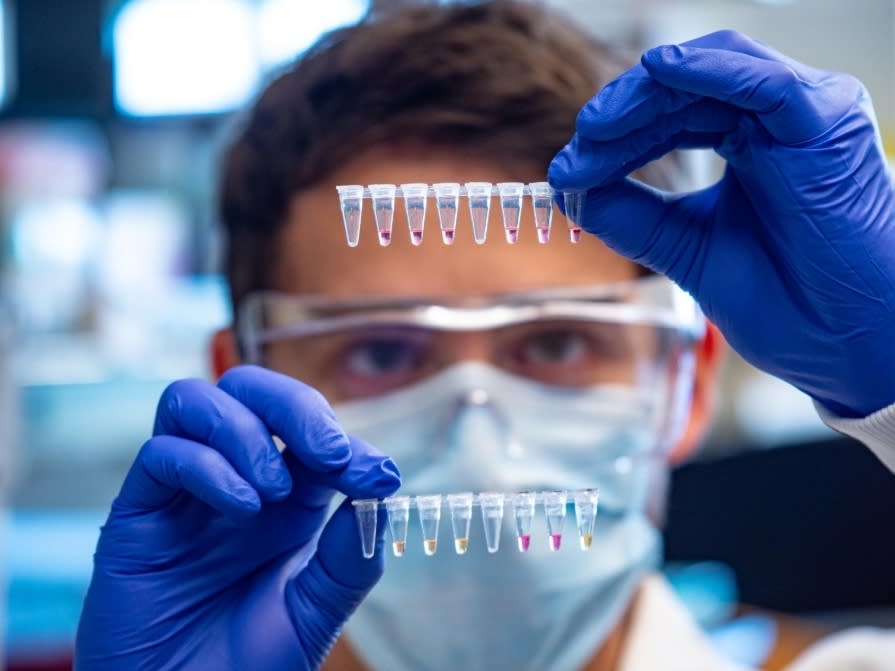 All the great things to do in Dubai