When California State University announced May 12 the school would be online for the fall semester, Graciela Moran thought she might end up homeless. The San Bernardino student is immunocompromised and had been living in her dorm as a residential assistant. But along with the Cal State announcement, her contract ended and her stipend was […]

When California State University announced May 12 the school would be online for the fall semester, Graciela Moran thought she might end up homeless.

The San Bernardino student is immunocompromised and had been living in her dorm as a residential assistant. But along with the Cal State announcement, her contract ended and her stipend was taken away. Her father, a carpet installer, had to keep working during the city’s increase in coronavirus infections, so she couldn’t move home without putting herself at risk.

“I was really thinking about living in my car,” she said. Her mind raced as she weighed finding a full-time job that would allow her to afford an apartment.

But the college stepped in. A COVID-19 relief fund from the Basic Needs Department provided the fifth-year senior, who is also the school’s student body president, with the payment she needed to stay in her dorm room. When it was safe for her to move home, Cal State provided her with a Wi-Fi hotspot and a computer to do her classwork —among the $4 million in laptops and tablets purchased and distributed to students.

Cal State, the largest public university system in the nation, was among the first schools to put learning mostly online for fall 2020 — with massive consequences for its nearly 500,000 undergraduates. One-third are the first in their family to attend college. Sixty percent are students of color. Like Moran, many are struggling to find the best way to learn, and still be a college student.

The Cal State colleges have helped out. They’re renting out laptops and providing Wi-Fi to students and have been training faculty on how to use technology, said Leslie Kennedy, senior director of technology services.

“That will minimize or remove the digital divide,” she said.

Putting courses online instantly has disproportionate effects on some students. In California, 10% of all households don’t have internet access, according to a Pew Research Center study in 2017. More than a quarter lack broadband subscriptions.

The 22-university consortium that makes up the Cal State system has already committed to eliminating equity gaps, including the digital divide, by graduation 2025.

The administration at CSUSB “saved my life in so many aspects,” said Moran — providing her with internet, a place to stay, disability accommodations and mental health support.

Still, some students and professors say the university system can only go so far in providing support.

For example, Sacramento State has converted a parking garage into a classroom where as many as 100 students each weekday park, pull out their laptops and attend class virtually or do homework from their vehicles. They access the internet through Eduroam, the school’s Wi-Fi service, in a distraction-free environment.

But the State Hornet, Sac State’s student newspaper, reported in May that the parking facility was only open for a limited time frame each day.

At the San Bernardino campus, Paola Galvez, a rising second-year, would pull into a Wi-Fi-equipped parking lot to do her reading after spring classes went online when the pandemic first struck. In April, she was surrounded by other students using the drive-in Wi-Fi.

The internet at school was faster and better than what she has at home. Students’ usage dropped off as the semester ended, she said.

Students count on their campuses for more than just Wi-Fi. They use school computers, child care facilities, spaces to work and study, food banks and clothes closets.

The clothes closet at the Dominguez Hills campus offered students casual everyday wear as well as business attire for professional environments, completely free, according to the State Bulletin, the school’s newspaper. It has closed temporarily because of the pandemic.

Then there’s the problem of how to teach students and find effective ways to test them while courses are online. The problem mainly lies with faculty, who need to be understanding and flexible toward students, said Pascale Guiton, a biology professor at Cal State-East Bay.

“How do you keep them motivated? Because they can just sit there and not do anything,” she said.

Cal State is encouraging professors to work flexibility into their classes, said Christian Roessler, an economics professor at Cal State-East Bay. When classes are flexible, students are less likely to cheat, Roessler said.

In some cases, even with all the supports Cal State is providing, there are no good solutions for students.

Rising fourth-year student Gabriel Islas didn’t have Wi-Fi at home. In the spring, when Cal State-Long Beach first went online, he took advantage of the Wi-Fi at the university to finish a podcast he had worked on with a friend.

But he was driving 35 minutes each way just to get online.

Days after he got the email telling students Cal State would be online for the fall, he bought internet access for his family.

“I wasn’t planning on waking up at 6 a.m. to drive to Starbucks for Wi-Fi to attend my class,” he said.

He also paid $240 for a desk, so he could work from the privacy of his bedroom, instead of doing homework at his kitchen table. The new workspace is lined with Funko Pop! figures, posters and LED lighting. He can get to work without even having to turn the light on in his room, he said.

Students say they understand why Cal State made the decision to move online and wouldn’t want to go back to college anyway during a pandemic. But that doesn’t make it any less hard emotionally or mentally.

As the student newspaper staff at Cal State-Fullerton was planning how they might put out the news remotely, editor-in-chief Jessica Benda, a rising third-year, remembers thinking: “It seemed like such a far-fetched scenario.

“And then, like, fast forward a couple weeks later, everything that we were talking about happened,” she said. “That was crazy to me.”

Taylor Helmes, a rising senior student at Cal State-Dominguez Hills, will graduate this year and will miss out on parts of what makes the last year of college so special.

“I grieved over my spring semester that was cut short. Plus, the hustle and bustle of the first few weeks of school always gives me butterflies,” Helmes said. “I’ll miss that, too.”

Meanwhile, students are bracing for another possible outcome: for spring 2020 to be online as well.

But for Benda, her biggest concern is staying connected through this semester.

“Everyone’s been having a difficult time,” she said. “My biggest goal for this semester is to check up on my friends and make sure everyone is doing okay, because these are tough times and we need to look out for each other.”

Fri Aug 21 , 2020
The Princeton Review this week released its annual list of the country’s best colleges. This year’s list, which features 386 schools, includes four in Colorado. The 2021 Best 386 Colleges were selected based on “our high opinion of their academics,” the Princeton Review said in announcing its newest list. The […] 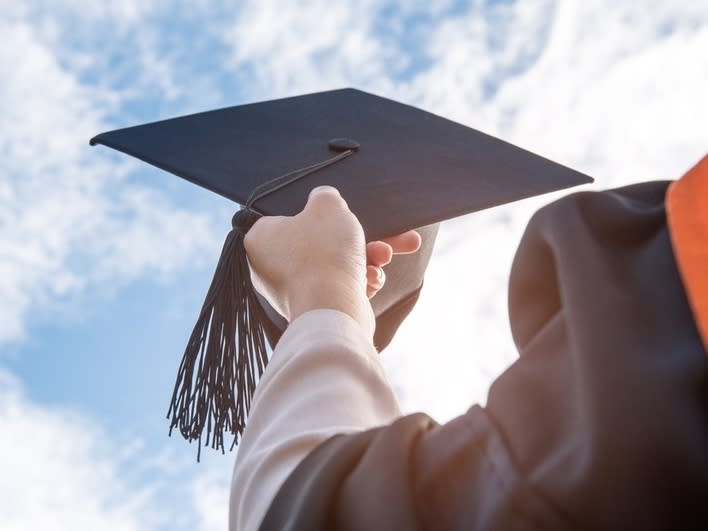