NEW YORK (AP) — Joe Biden introduced the breadth of his political coalition to a nation in crisis Monday night at the Democratic National Convention, giving voice to victims of the coronavirus pandemic, the related economic downturn and police violence and featuring both progressive Democrats and conservative Republicans united against […]

NEW YORK (AP) — Joe Biden introduced the breadth of his political coalition to a nation in crisis Monday night at the Democratic National Convention, giving voice to victims of the coronavirus pandemic, the related economic downturn and police violence and featuring both progressive Democrats and conservative Republicans united against President Donald Trump’s reelection.

The former vice president won’t deliver his formal remarks until Thursday night, but he made his first appearance just half an hour into Monday’s event as he moderated a panel on racial justice.

Kasich said his status as a lifelong Republican “holds second place to my responsibility to my country.”

“In normal times, something like this would probably never happen, but these are not normal times,” he said of his participation at the Democrats’ convention. He added: “We can do better than what we’ve been seeing today, for sure.”

The unified message, outlined in excerpts of prerecorded speeches, came as Democrats launched the first presidential nominating convention of the coronavirus era. The all-virtual affair was the first without a central meeting place or cheering throngs. And there were real questions about whether the prime-time event would adequately energize the disparate factions Biden hopes to capture.

Trump sought to undermine the Democrats’ big night by hosting a political rally in Wisconsin, where Biden’s party had originally planned this week’s convention. He called the Democrats’ event “a snooze” before it even began.

“You know when you hear a speech is taped, it’s like there is nothing very exciting about it, right?” the Republican president said.

Monday’s speeches were framed by emotional appearances from average Americans touched by the crises that have exploded on Trump’s watch.

Philonise and Rodney Floyd led a moment of silence in honor of their brother, George Floyd, the Minnesota man whose death while in police custody sparked a national moment of awakening on racial injustice.

Kristin Urquiza, an Arizona woman who lost her father to COVID-19, which has killed more than 170,000 Americans as of Monday evening.

“My dad was a healthy 65-year-old,” she said. “His only preexisting condition was trusting Donald Trump, and for that, he paid with his life.”

And Rick Telecz, a Pennsylvania farmer, warned that Trump’s trade war has had a “truly a devastating effect” on his farm before the coronavirus brought another blow with what he called “misinformation” coming from the country’s leadership.

“My biggest concern is that if these trends with this type of leadership, I will be the last generation farming this farm,” he said.

Democrats abandoned their plans for an in-person gathering in Milwaukee because of the pandemic. The unprecedented gathering is not only testing the bonds of the diverse Biden-Kamala Harris coalition but the practical challenges of running a presidential campaign in the midst of a pandemic.

At this moment, Biden sits in a stronger political position than Trump, who has struggled to expand his political coalition under the weight of his turbulent leadership and prolonged health and economic crises. But 78 days before votes are counted, history is not on the Democratic challenger’s side. Just one incumbent president has been defeated in the last four decades.

Polls also suggest that Biden, a 77-year-old lifelong politician, is on the wrong end of an enthusiasm gap. His supporters consistently say they’re motivated more by opposition to Trump, who is 74, than excitement about Biden. Democrats hope to shift that dynamic beginning with the convention.

Biden will accept the nomination Thursday night in a mostly empty ballroom in his home state of Delaware. California Sen. Harris, the first Black woman on a national ticket, speaks Wednesday.

Michelle Obama, whom Gallup determined was the nation’s most admired woman last year, described Biden as a “profoundly decent man” in a video excerpt of her remarks recorded at least six days earlier.

“He was a terrific vice president,” she said of the man who served for eight years as her husband’s No. 2. “He knows what it takes to rescue an economy, beat back a pandemic and lead our country.”

The former first lady appeared in a video sitting alone in a quiet room with a sparsely decorated shelf, a burning candle and a small blue Biden sign behind her. With no live audience for any of the speakers, convention organizers were forced to get creative in their high-stakes quest to generate enthusiasm.

The campaign hosted drive-in viewing stations in six states, much like drive-in movies, where viewers could watch on a big screen from the safety of their vehicles. There were also many online watch parties featuring celebrities and elected officials to make the experience more interactive.

It was impossible to fully gauge America’s interest in the all-virtual format on the first night. Broadcast TV networks are showing the final hour each night live, cable news is showing both hours and many viewers plan to stream from the rivals’ websites or on social media.

Trump, as he often does, was ensuring he’d be a part of the conversation.

The Republican president made two swing-state campaign appearances on Monday, first in Minnesota and then in Wisconsin, which was to be the location for the Democrats’ convention before the coronavirus outbreak.

Trump said he had “no choice” but to campaign during the convention in order to address voters in the face of what he described as hostile news media.

“The only way we’re going to lose this election is if the election is rigged,” Trump said in Wisconsin, raising anew with no evidence the specter of significant voting fraud.

North GA Moves To Virtual Format For Saturday Of Service

Tue Aug 18 , 2020
NORTH GEORGIA — The University of North Georgia already planned to expand its Saturday of Service, traditionally held the first week of the fall semester on the Dahlonega Campus, to all five campuses this August. Now with the COVID-19 pandemic limiting large gatherings, the university will employ a “pay it […] 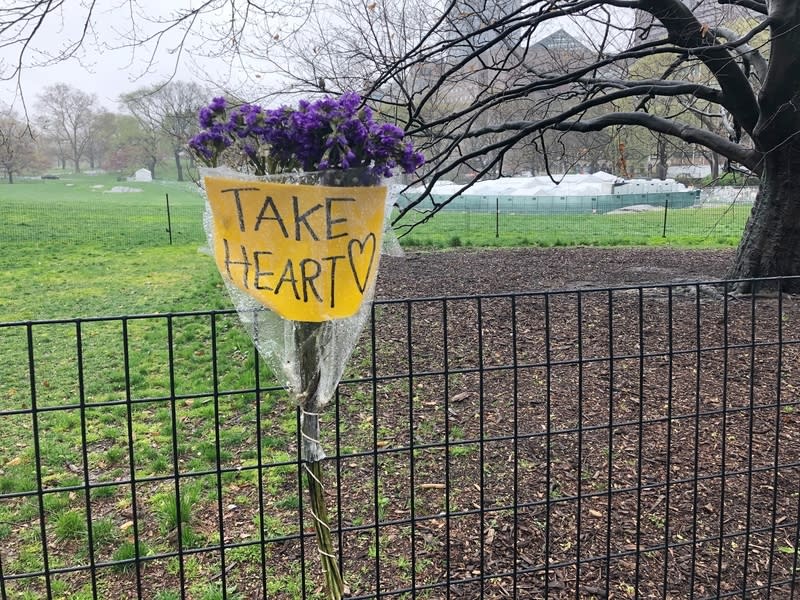