DUBAI, United Arab Emirates (AP) — An online video and messages purportedly claiming responsibility for a fire that analysts say damaged a centrifuge assembly plant at Iran’s underground Natanz nuclear site deepened the mystery Friday around the incident — even as Tehran insisted it knew the cause but would not […]

DUBAI, United Arab Emirates (AP) — An online video and messages purportedly claiming responsibility for a fire that analysts say damaged a centrifuge assembly plant at Iran’s underground Natanz nuclear site deepened the mystery Friday around the incident — even as Tehran insisted it knew the cause but would not make it public due to “security reasons.”

The multiple, different claims by a self-described group called the “Cheetahs of the Homeland” included language used by several exiled Iranian opposition organizations. They also focused almost entirely on Iran’s nuclear program, viewed by Israel as a danger to its very existence.

The disparate messages, as well as the fact that Iran experts have never heard of the group before, raised questions about whether Natanz again had faced sabotage by a foreign nation as it had during the Stuxnet computer virus outbreak believed to have been engineered by the U.S. and Israel. Tehran’s reaction so far shows Iranian officials are increasingly taking the possibility seriously.

“If it is proven that our country has been attacked by cyberattacks, we will respond,” warned Gen. Gholam Reza Jalali, the head of Iran’s military unit in charge of combating sabotage, according to a report late Thursday by the Mizan news agency.

Iranian officials have sought to downplay the fire, which erupted early on Thursday, calling it only an “incident” that affected an “industrial shed.” However, a released photo and video of the site broadcast by Iranian state television showed a two-story brick building with scorch marks and its roof apparently destroyed. Debris on the ground and a door that looked blown off its hinges suggested an explosion accompanied the blaze.

Iranian nuclear officials did not respond to a request for comment from the AP on the analysts’ findings. However, the semiofficial Tasnim news agency quoted the spokesman of Iran’s Supreme National Security Council as saying authorities know the cause of the fire.

“Due to some security considerations, the cause and manner of the accident will be announced at the appropriate time,” Keyvan Khosravi reportedly said on Friday, without elaborating.

The International Atomic Energy Agency said none of its inspectors were at Natanz at the time of the fire and “that the location where the incident occurred does not contain nuclear materials.”

Before news of the fire became public Thursday, the BBC’s Persian service says its journalists received emails from the self-proclaimed “Cheetahs of the Homeland” claiming an attack at Natanz.

A video claimed the group included “soldiers from the heart of regime’s security organizations” who wanted to stop Iran from acquiring a nuclear weapon. Iran long has maintained its atomic program is for peaceful purposes. However, the IAEA has said that Iran “carried out activities relevant to the development of a nuclear explosive device” in a “structured program” through the end of 2003.

The video and one written statement also referred to Supreme Leader Ayatollah Ali Khamenei as “zahhak,” a monster in Persian folklore. But the tone across the messages clashed, with one using terminology often associated with Iran’s Mujahedeen-e-Khalq exile group, or MEK, and the video seemingly showing Iran’s Shiite theocracy as worse than the rule of Shah Mohammad Reza Pahlavi. The video also included parts of the nationalist song “Ey Iran,” which reformists and opposition groups both sing.

The MEK group said it was not responsible for the fire. Its statement described the blaze as a “reaction to the nuclear project of the religious fascism ruling Iran, which has afflicted the Iranian people (with) only poverty, repression, terrorism and war.”

Supporters of the shah’s exiled son, Crown Prince Reza Pahlavi, did not respond to a request for comment. The AP received no response to an email sent to one address associated with the “Cheetahs of the Homeland” statements.

The purported group’s name, “the Cheetahs of the Homeland,” also struck some as odd, given that “cheetahs” is a nickname of Iran’s national football club. Ronen Bergman, an Israeli journalist who works with The New York Times and published a book on the Mossad titled “Rise and Kill First,” questioned why an Iranian opposition group would name itself that.

“It’s highly unlikely that a serious opposition movement would use such a name, which is probably exactly what the people who came up with it, were aiming people to think,” Bergman wrote Friday on Twitter in English, without elaborating. He also tweeted a similar message in Hebrew.

Suspicion over the incident immediately fell on Israel, including in a commentary published by Iran’s state-run IRNA news agency Thursday.

Meir Javedanfar, an Iran lecturer at the Interdisciplinary Center in Herzliya, Israel, who viewed the “Cheetahs of the Homeland” video, said any domestic group that managed to penetrate Iran’s heavily guarded nuclear facilities would be unlikely to risk being captured by distributing such a video. He said “it’s difficult to know” if Israel’s Mossad or another foreign intelligence agency produced the video.

“It could be a foreign intelligence agency, in order to sow discord in Iran … or maybe it’s a false flag by the Iranian regime in order to crack down,” Javedanfar said.

The video did, however, call it the Kashan nuclear site, rather than Natanz. Kashan is a nearby city once home to a large, historic Jewish community. Iranians uniformly call the nuclear site Natanz.

Destroying a centrifuge assembly facility could greatly impact Iran’s ability to more-quickly enrich greater amounts of uranium, which would be a goal for either Israel or the U.S.

Iran had begun experimenting with advanced centrifuge models in the wake of the U.S. unilaterally withdrawing two years ago from Tehran’s 2015 nuclear deal with world powers. However, it took years for Iran to perfect its first-generation IR-1 centrifuge off designs it purchased from Pakistani scientist A.Q. Khan’s black market network. It’s unclear if Iran has another similar-size assembly facility.

The fact that the Natanz fire also comes less than a week after an explosion in an area east of Tehran that analysts believe hides an underground tunnel system and missile production sites also raises suspicions.

The Texas-based private intelligence firm Stratfor said either incident could “have been the result of a domestic group acting with or without foreign support, or the result of a U.S. or Israeli cyber attack.”

“If there is a campaign by the United States, Israel and/or local groups in Iran underway, then Iran is likely to eventually respond in kind, potentially against Western targets in the Persian Gulf,” Stratfor warned.

Associated Press writers Joseph Krauss in Jerusalem and Frank Jordans in Berlin contributed to this report.

Release Calendar for July 3, Plus Where to Watch the Latest Films

Fri Jul 3 , 2020
Staying home? Good. Looking for something new to watch while you do it? Even better! As the world shifts to accommodate a wide range of in-home viewing options for movie lovers, it’s not just platforms that are expanding, it’s the very type of films they host. There’s more than ever […] 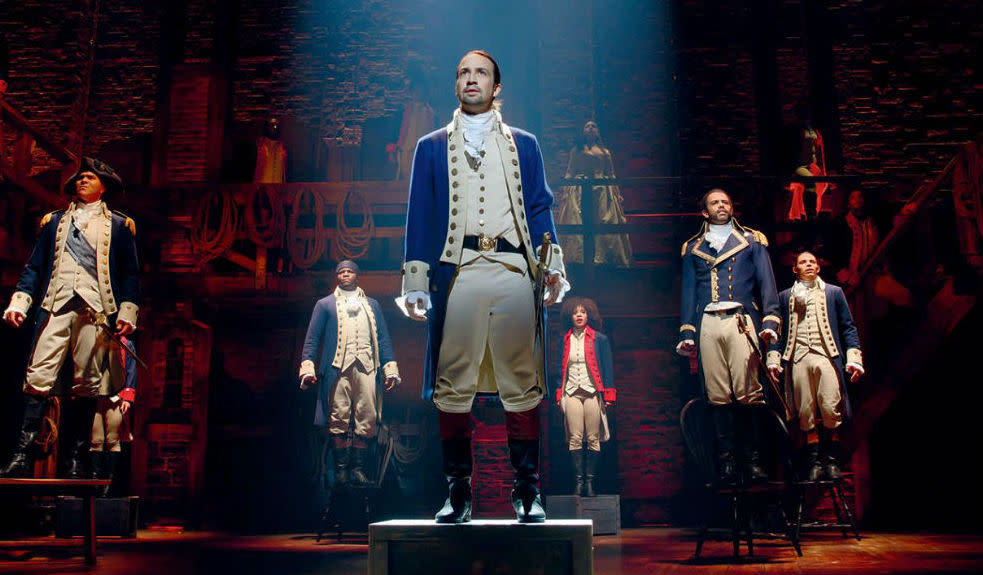