(Bloomberg Opinion) — The Covid-19 pandemic is creating a deeper appreciation for things such as one’s health, getting together with friends, the great outdoors — and printers. Yes, home printers, those clunky deskside contraptions of a bygone era, are suddenly making a comeback, and it may outlast this crisis. As a recent Deloitte report put it, […]

(Bloomberg Opinion) — The Covid-19 pandemic is creating a deeper appreciation for things such as one’s health, getting together with friends, the great outdoors — and printers. Yes, home printers, those clunky deskside contraptions of a bygone era, are suddenly making a comeback, and it may outlast this crisis.

As a recent Deloitte report put it, when the virus hit, hundreds of millions of people “brought their laptops home in a bag … but left their printers behind!” And oh, how we’ve missed them — not for the whir of the machine grabbing a sheet, nor the whoosh of the paper hitting its landing (though plenty of ASMR printer recordings do exist). Rather, it’s because we still print a lot more than we probably realized. One example: During regional Covid-19 lockdowns, consumers turned to online shopping, and that brought with it the inconvenience of needing to make returns and print shipping labels. That’s something office workers may have tended to do — shh! for I must whisper this part — at the office.

Office printer mischief aside, there are plenty of jobs that entail regularly creating hard copies of reports or documents to sign, which is part of the reason some companies paid one-time allowances in the wake of Covid-19 to help employees configure their work-from-home setups. Deloitte predicts that sales of all-in-one home printers — the kind that scan and email — will surge 15% this year to nearly $29 billion. That’s double the annual growth rate that had been predicted before the coronavirus outbreak.

Printers aren’t the only piece of 1990s nostalgia to see a resurgence lately. Social-media apps such as Instagram and TikTok show evidence of a revival of rollerblading, as cooped-up consumers look for safe activities to do outside. Food shortages, combined with the desire to make fewer trips to the grocery store, have led to a surge in sales of canned goods, home-baking ingredients and other pantry staples that had been waning in popularity during the last decade amid the rise of fresher foods and ready-to-eat items.

But if any of these trends were to last as states and countries reopen and virus fears eventually subside, it’s probably printers. The lockdowns showed lots of companies that it’s more than possible to have large portions of their workforce working remotely. And there are signs that many will continue to embrace work-from-home policies, whether as a perk to retain and attract talent or to save on costs. Some offices that have already reopened are also running into post-Covid challenges, such as having open floor plans with side-by-side desks that may be more conducive to spreading the virus, and finding it difficult to get everyone up and down elevators safely without causing crowds in lobby areas.

This sudden demand for home printers must be good news for manufacturers such as HP Inc., Canon Inc. and Xerox Holdings Corp., right? Not necessarily. These companies primarily make their money by selling business equipment, and from the recurring need for printer ink and other services; consumer hardware is generally less profitable. In fact, while printing normally accounts for just one-third of HP’s revenue, it drives more than half the company’s operating profit. However, HP’s managed print services experienced a 40% monthly decline in pages printed from February to April. Its commercial graphics solutions, such as its Indigo digital presses that can make brochures and catalogs, also suffered: “Indigo impressions went from being up 9% year-over-year in February to down 24% year-over-year in April,” CEO Enrique Lores said on HP’s earnings call in May.

Still, Lores sees a silver lining for HP’s computer business. It used to be that one household sharing a single computer was enough, especially with tablets around. Now, he sees more homes having one PC per person. “What this crisis has shown is that if you want to be productive working from home, if you want your kids to be productive learning from home, you need to have access to a PC,” Lores said at an investor conference in May. “This is going to be changing the amount of PCs per household.” On the business side, while corporations are trying to cut back on printing to save money and the environment, HP and its rivals have their sights set on 3D printing as a way to stay relevant and keep growing. (SmileDirectClub Inc. makes its teeth aligners with HP’s 3D printing, which it used to make coronavirus face shields for hospitals, too.) HP is also pushing subscriptions to its Instant Ink delivery service, which counted more than 7 million customers last month, up from 6 million in February.

And there you have it: The printer, the underappreciated office wallflower, has inked its place in the work-from-home future, for now. Just don’t count on that changing the fortunes of the companies that make them.

Tara Lachapelle is a Bloomberg Opinion columnist covering the business of entertainment and telecommunications, as well as broader deals. She previously wrote an M&A column for Bloomberg News.

Meet the Finest Bombers, Fighters, Aircraft Carriers, and Submarines Ever Made

Tue Jun 30 , 2020
Click here to read the full article. Key Point: These weapon platforms are the ones everyone wanted. Here is the definitive list. In today’s world, where everyday it seems a new piece of military technology is poised to take over the battlefield and make everything else obsolete, there are several weapons […] 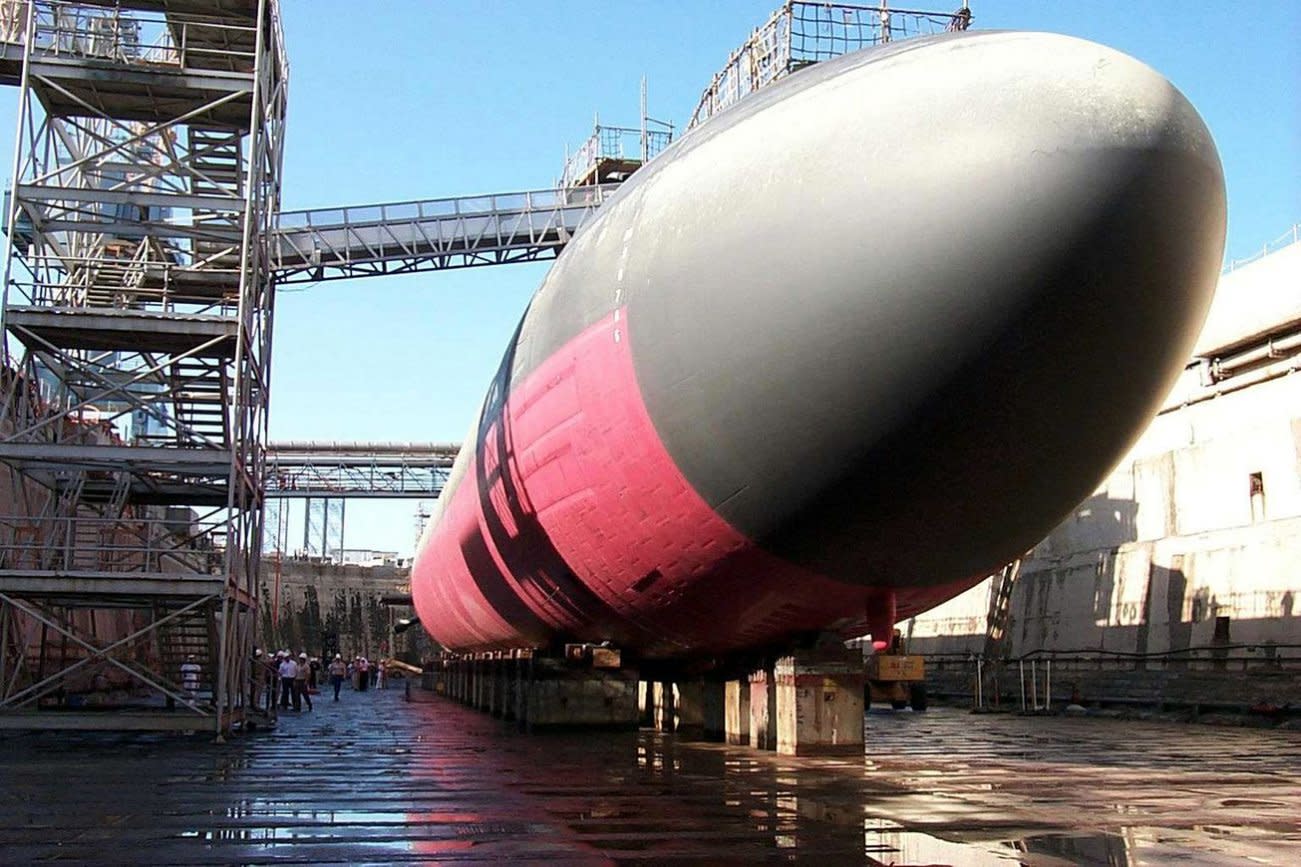