As the United States prepares to celebrate its 244th birthday, this year’s time-honored festivities, like barbecues, lawn games and fireworks, may look and feel a little different than usual for many. Amid a pandemic and social distancing concerns, smaller groups and fewer parties may mean more eyes from home will […]

As the United States prepares to celebrate its 244th birthday, this year’s time-honored festivities, like barbecues, lawn games and fireworks, may look and feel a little different than usual for many. Amid a pandemic and social distancing concerns, smaller groups and fewer parties may mean more eyes from home will be looking toward the skies — or the flatscreen TVs — to see the annual firework displays. However, not every area of the country will enjoy an equally great view of the spectacular pyrotechnics shows.

In New York City, the Independence Day celebration has been turned into a week-long affair with fireworks starting to light up the sky on Monday night and running through July Fourth on Saturday. In South Dakota, current plans include a firework display over Mt. Rushmore for the first time since 2009, and President Donald Trump plans to be in attendance.

Annual shows in some major cities, like Washington, D.C., are still on, but the weather in other cities, such as Denver and Sante Fe, New Mexico, has forced planned events to be canceled. Meanwhile, the coronavirus pandemic has forced many other cities to shutter celebrations as well.

For those cities still putting on events, read on to see how the weather and conditions may affect the celebration:

Some places in the Northeast, like Boston, have canceled annual shows weeks ago because of the pandemic, but New York City went in the opposite direction and ramped up its celebrations to make this year’s Fourth of July a weeklong event that aims to discourage people from congregating on one specific night.

For the millions watching in person and on television, however, the start of the week’s weather may not be cooperative.

“The next few nights there are going to be showers and thunderstorms,” AccuWeather Senior Meteorologist Dean Devore said. “But while the shower and thunderstorm chances have a pretty high percentage of happening in the next couple of afternoon and evenings, it looks like those chances kind of go away a little bit by the end of the week as the atmosphere stabilizes a bit.”

Devore added that “some models think it could be pretty nice this holiday weekend,” referring to computer weather models meteorologists look at when formulating a forecast, but that “there are other models that there may be some chances of thunderstorms popping up in the afternoons and evenings. We’ll have to wait to see how it plays out.”

According to Devore, weather conditions along the East Coast will remain problematic and spotty through the beginning portions of the holiday week due to a slow-moving system.

Farther north and inland, Devore said more stormy concerns could arrive from a system moving through the Great Lakes.

“There’s a system that will come through the Great Lakes and bring just general thunderstorm and shower chances into the weekend,” Devore said. “The concern is towards the weekend: Is enough of the system going to stamp itself out towards the Eastern Seaboard? We could get, in addition to daily thunderstorm chances, an enhancement of even more than that.”

After 11 years of celebrating the Fourth of July without fireworks, the Independence Day show is set to return this year on Friday, July 3, with the president in attendance. Daytime hours should be sunny and warm with an AccuWeather RealFeel Temperature of 95, and there’s a chance for a spotty thunderstorm in the afternoon. At night, the weather should be mainly clear and mild with temperatures dropping to the mid-60s, but the heat during the day could make for a volatile atmosphere heading into the evening.

“Spotty showers and thunderstorms are forecast to fire up across the area Friday afternoon and evening before they push eastward across the state,” AccuWeather Meteorologist Isaac Longley said. Longley went on to say that storms could “hinder viewing conditions for a time,” but added that “the rain is much needed to prevent any fires from breaking out at the fireworks display.”

However, fire danger concerns have some experts worried about the Mt. Rushmore show.

AccuWeather Senior Meteorologist Dan Kottlowski explained that the sap of the black cedar trees commonly found in Black Hills National Forest, which surrounds the national memorial, make for a very effective wildfire fuel that can easily turn any fire risk into a very dangerous situation.

Drought conditions have lessened slightly in recent weeks thanks to a near-normal rainfall total in June and recent thunderstorms, Kottlowski explained.

According to the National Weather Service (NWS) office in Custer, South Dakota, the area surrounding Mt. Rushmore has had 13 days with rain this month, totaling 2.88 inches of rainwater. That amounts to 102% of the normal rainfall to date for June, which is 2.83 inches.

In recent weeks, temperatures in the area have also trended above normal on several days, as they will likely be throughout the holiday week, potentially driving more spectators out to see the fireworks.

The drought conditions, increased temperature and lower relative humidity are a recipe for increased wildfire risk. On top of that, winds could present a concern too.

“That’s going to be the number one thing. It doesn’t matter how wet or how dry an area is, if a fire gets going and you get lots of wind, it’s going to spread,” Kottlowski said. “It looks like the moisture that’s in the soil is probably going to be a negative factor for fire development, but the wind and maybe the low relative humidity certainly contribute to the possibility of there being a little bit higher-than-normal fire danger.”

Fires may not be the only concern for participants amid the pandemic, but people will need “to focus on personal responsibility,” South Dakota Gov. Kristi Noem said in an interview with Fox News. The thousands of spectators will not be required to practice social distancing and masks will be optional, according to NBC News. The event website explained that an online lottery will be used to limit the number of participants.

The annual fireworks extravaganza in the nation’s capital famously draws large crowds and is one of the premiere fireworks shows in the country. While the crowds won’t be as dense this year, the weather may make for a tough year for the spectators that do attend. AccuWeather RealFeel Temperatures in D.C. will reach into the triple digits during the day and cool off only to the mid-70s during the evening hours.

Devore said the aforementioned system moving in from the Great Lakes may clash with the warm and stickier air gripping the Southeast, making for a potentially stormy week for cities such as Washington, D.C., caught in the middle.

“D.C. will be one of those battlezones as we get later into the week,” he said. “There’s a pretty good bet there may be some showers and thunderstorms towards the weekend.”

In the Southwest, particularly in states that have already seen heightened wildfire risks, many locations are canceling fireworks plans due to drought conditions.

New Mexico Gov. Michelle Lujan Grisham issued an executive order earlier this week urging New Mexico cities and counties to ban the retail sale of fireworks due to drought as the state face high risks of wildfires. According to The Santa Fe New Mexican, the Bureau of Land Management, U.S. Forest Service and National Park Service also have bans.

Farther north in Colorado, most communities around Denver have also canceled fireworks shows due to a mix of coronavirus and wildfire risk concerns.

Throughout the nation and particularly in the East, Devore said residents should keep an updated eye on the forecasts as holiday plans may need to be shifted around with Mother Nature’s plans. Android users and iPhone users can do that easily by using the free AccuWeather app, which offers minute-by-minute forecasts and fast delivery of severe weather alerts.

“As your weekend plans evolve including fireworks or a trip to the beach, this will be one of those patterns where you’ll need to continue checking in because the amount and frequency of thunderstorms can change by day and even times of the day,” Devore said. “There may be some days where it’ll be really nice in the morning and then get not so nice by the afternoon, or vice versa. So those are the kinds of things that people should keep checking back with us for as we get towards the end of the week.”

Keep checking back on AccuWeather.com and stay tuned to the AccuWeather Network on DirecTV, Frontier and Verizon Fios. 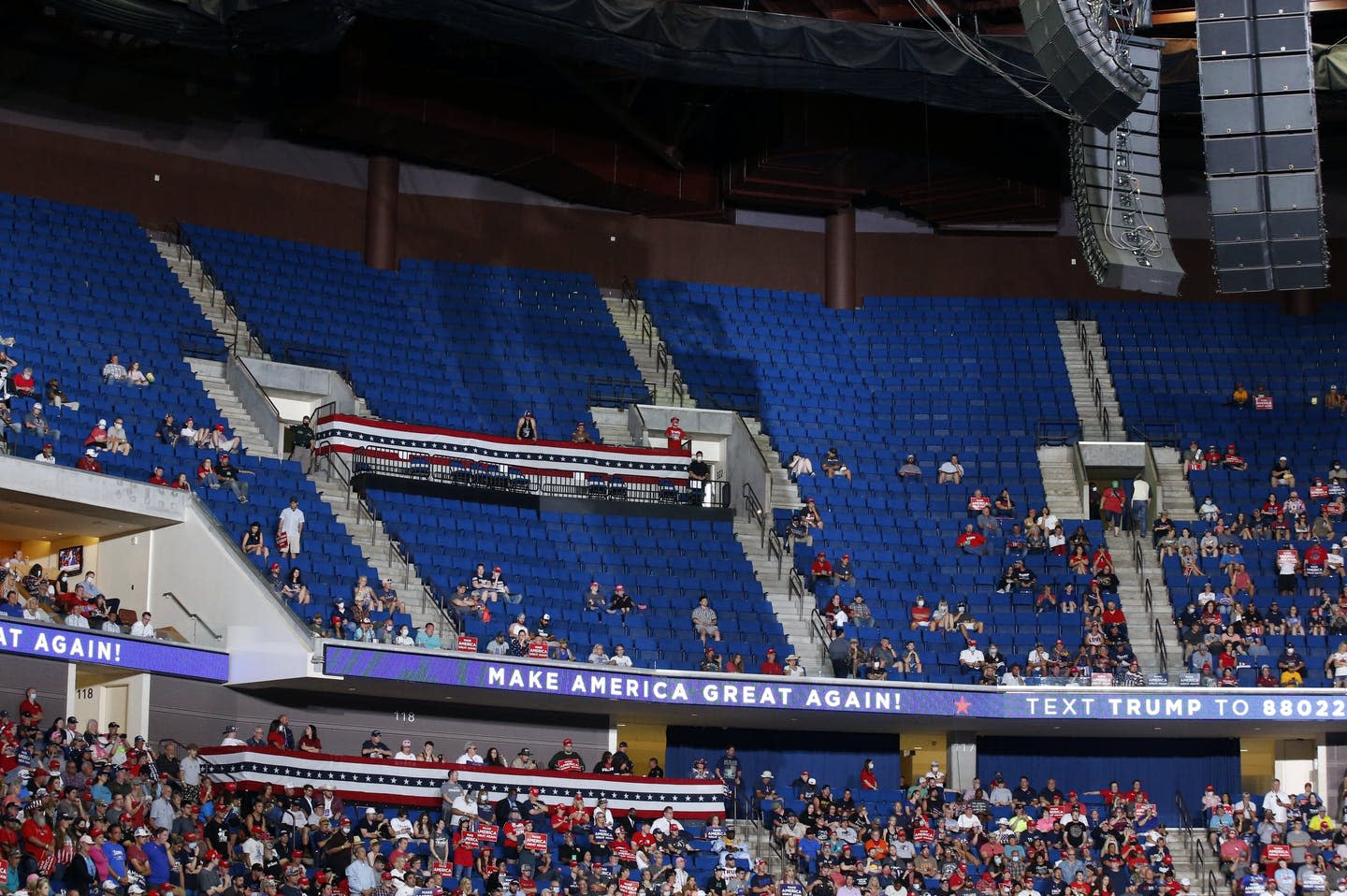