Click here to read the full article. As a believer and crusader for the theatrical experience, the closure of movie theaters all over the world was a punch in the gut. There was an immediate consensus among pundits of all stripes that this was the end of theatrical moviegoing. People […]

As a believer and crusader for the theatrical experience, the closure of movie theaters all over the world was a punch in the gut. There was an immediate consensus among pundits of all stripes that this was the end of theatrical moviegoing. People would just get used to the idea that they could see what they want at home, so why would they ever go out to see a movie again?

Yet in the art films world, a remarkable thing happened: Several independent distributors created something called “virtual cinema.” Pioneered by Kino Lorber, Magnolia, Oscilloscope, and others, they made their stranded films available, online, in partnership with the independent theaters where the films were scheduled to play. Theaters used their patron lists to market the films; in return, they took a percentage of the gross as if they had presented the films in their physical theaters.

In any normal time, this idea would have been shut down almost immediately. Why, the art film theaters would ask, should we promote home viewing to our audience? But in the COVID world, the idea of any income stream — no matter how small — held plenty of appeal, and might keep their customers engaged.

Unfortunately, the speed at which this art-film initiative took place meant that no part of it was coordinated. Repercussions — large and small, immediate and long-term — were not considered.

On the consumer side, the purchasing and viewing experiences are a confusing hodgepodge of platforms and instructions for each film. This veritable Tower of Babel led to numerous technical problems, where customers paid for a film but then have trouble actually watching it. Theaters unwittingly discovered that they had to provide tech support operations.

On the industry side, everyone claims to be disappointed in the actual number of tickets sold. Distributors complain that the theaters are not doing a great job of marketing the films — but what is their incentive to spend time and money on marketing if distributors control transactions and capture the consumer data? These customer lists were built over decades; are theater owners supposed to hand them over as they train audiences to watch at home? Of course they’re ambivalent!

Since no platform currently offers an end-to-end solution that is adaptable to everyone’s needs, the technology is jerry-rigged; it requires building specialized links for each theater. In some cases, distributors must upload the films multiple times. Not exactly scalable.

Even worse, this new model creates its own chaos by upending the traditional exhibitor/distributor model. Normally, theaters collected the money at the box office, tracked grosses, and paid distributors their share. These new arrangements are just the opposite, and distributors have no systems to track and pay the theaters.

It’s kind of a mess.

Position the “virtual cinema” window ahead of existing VOD services, whether transactional or subscription-based. The distinction has to be clear to consumers and to the industry. Every aspect transaction and delivery must be branded and controlled by the theaters, not the distributors.

2. Design a specialized app for the experience.

In my dream scenario, a consumer would log into a unified app go on the device they use for streaming, whether it’s a computer or a Roku or Apple TV. Let’s call it “My Local Art House.” Upon opening, it would geolocate a theater near you, or you could pick a theater via a drop-down menu. Now the screen changes to the branding of that theater, with photos and information. It would also tell you what is currently playing, both physically in the theater and virtually through the app. There would be trailers available to watch, for both sets of films, including those that are coming soon. Maybe a pitch video to solicit memberships or contributions.

3. Designate the virtual screen as part of the overall exhibition strategy.

For booking purposes, this “virtual screen” would act as an additional screen — i.e., a theater might have three physical screens and one virtual screen. Exhibitors know that additional screens are the best strategy for increasing profitability; they offer flexibility that allows for the most efficient use of available seats. (This is why so many theaters have added tiny auditoriums that seat as few as 20 or 30 people.) The virtual screen could be used to book films that might be deemed “too small” for the physical theater, but would fulfill the art-house mission of showing films that the community might not otherwise encounter. It could be used as a move-over screen to hold on to films that might still have some box office left in them, even as a new film is opening in the physical theater. It could be used for special wraparound programming, such as the retrospective for a filmmaker whose newest film is opening in the physical theater.

The theaters’ film buyers would make the deals with the film’s distributor. If the film is only playing on the virtual screen, opening and closing dates would be negotiated in the same way as physical bookings. If it’s a move-over, this would all be hashed out on Monday morning, as usual. Distributors and exhibitors would set their own parameters: A distributor might set a policy that it won’t book something on the virtual screen unless it had played some minimum amount of time on a physical screen; exhibitors could limit the virtual screen to one program at any given time, to make sure it doesn’t resemble a VOD platform, and to avoid “clutter” that might hide what is available in the physical theater.

5. The ticketing process doesn’t change, either.

Once customers enter the virtual theater, sees what’s available, samples the trailers, and decides what to watch, they are taken to the ticketing page, which would ideally be integrated into the theater’s usual ticketing system. It should be possible to buy tickets to upcoming shows on the virtual screen as well as the physical screens, while also allowing contributions and membership purchases.

Here’s something completely radical that definitely would differentiate this transaction from VOD: Ticket prices would be exactly what they are at the theater — different prices for adults, children, students, seniors, and members. Better yet, allow the choice (on the honor system, of course) to buy multiple tickets. If a couple is going to watch a film on the virtual screen in their living room, why not sell them two tickets?

Will some people cheat? Of course. But the suggestion of multiple tickets makes this a different (special?) experience than Amazon or Apple TV.

The pricing would be the same as tickets to the theater: It would likely be more expensive than traditional VOD rentals, which are mostly $4.99, but less than the $19.99 that the majors are charging for premium VOD — unless, of course, they buy multiple tickets, which I still think would feel like less money.

Since virtual cinema would use the theater’s ticketing system, the theaters would collect the money, get the consumer data, and continue to build their customer bases. It also incentivizes them to use all available marketing channels to support the films; cross promotion between the physical and virtual screens incentivizes them even more. It also means that grosses from the virtual screen can be reported and included in the perceived theatrical success of film.

All of this creates a different-enough experience for the consumer and a different-enough business model for the industry, removing any confusion with traditional VOD. It opens a distinct window that would allow films to be exhibited in partnership with theaters, while preserving the traditional VOD window that would come later and retain its value. It’s even possible that films could be made more valuable for VOD platforms by the number of venues the film played and additional box office it generated.

6. There must be an open, universal platform.

The most commonly used streaming services, Vimeo and Cinesend, would have to make their APIs available to be integrated securely into all of the theaters’ various ticketing platforms. Vimeo and Cinesend charge distributors for their accounts and for each time the film streams, so they have a profit incentive to make it all as easy as possible.

To make a film available in the Virtual Cinema window (notice that I am now capitalizing it), the distributor should only have to upload the file and the metadata once. The theaters should be able to book a film with the distributor as they always have done, and then go into the ticketing application and add the booking. This would make the film available in the theater’s Virtual Cinema app for the agreed upon dates, and would also populate all the menus, listings, web sites etc.

7. Theaters will have to force this to happen.

Certainly, some distributors will balk at much of this. They would prefer that revenue collection and control shift to them. They would also prefer to capture the customer relationship in order to promote their own VOD channels. I would encourage exhibitors to use their collective clout to insist that it be done this way — or else, this new source of potential income will cease to exist.

Current conventional wisdom is once theaters can reopen and things get back to some kind of normalcy, Virtual Cinema will have run its course. But the COVID impact is not going away anytime soon. Even when theaters reopen, capacities will be limited. What does one do with a 50-seat theater that is limited to 25% capacity? Also, the aging art film audience — among the most at-risk from the virus — is likely to be among the last to go back to public venues. So Virtual Cinema, even in its current form, has a long-term place in the market.

I would like to propose that, as an industry, if we adopt Virtual Cinema as something new and distinct, and tweak it to conform to theatrical-industry norms, it could grow into something radically transformative. As much as I admire what distributors have done to pull together this concept in such a short period of time, now is the time to get it right.

Ira Deutchman is a long-time independent producer, marketer, and distributor and a Professor in the film program at Columbia University. 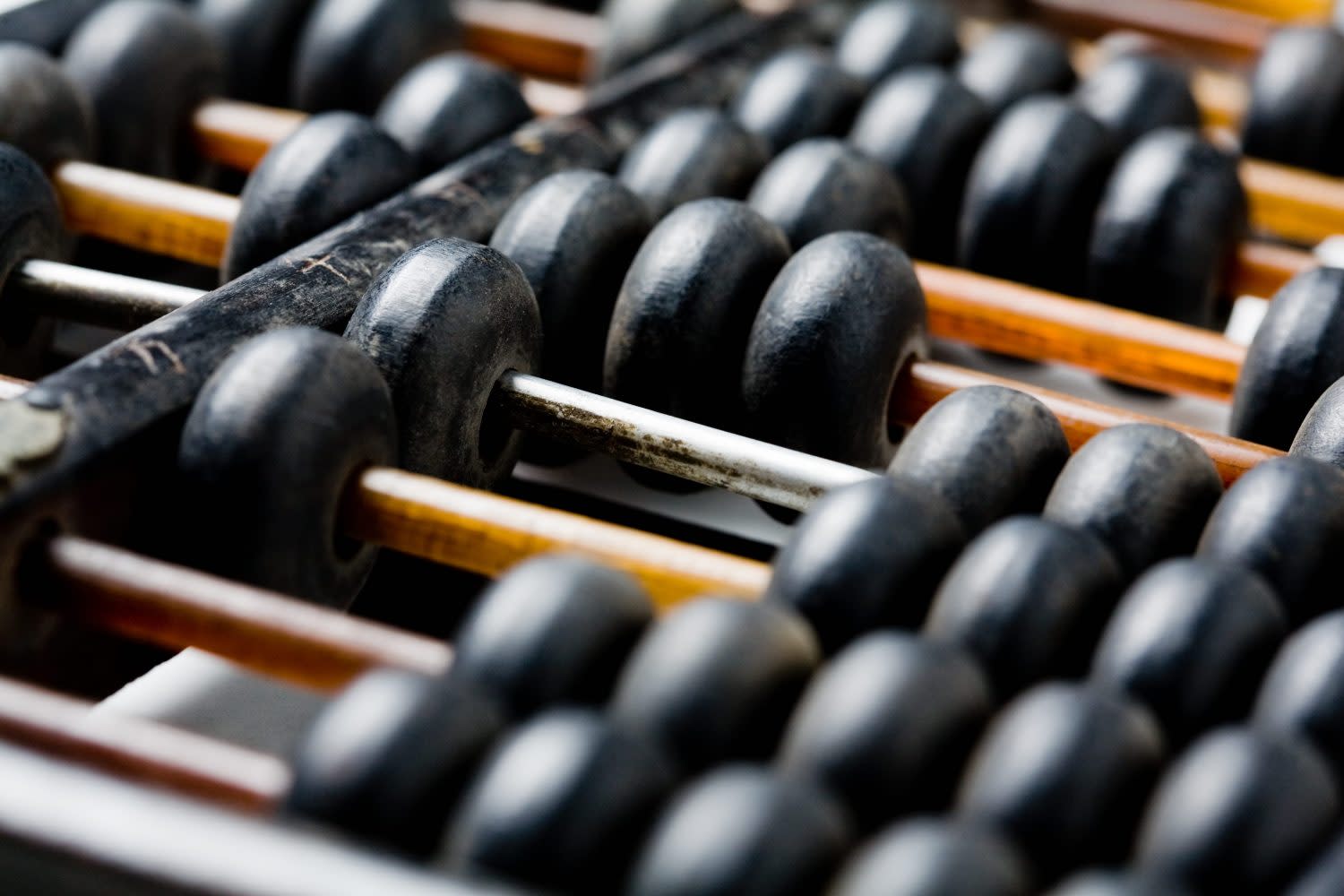