If you’ve been working from home over the past few months, you may well save on travel costs and lunches, but you’ll run up other bills, including heating and electricity. Some employers give their staff an allowance to cover those excess costs. But if they don’t, employees can still claim […]

If you’ve been working from home over the past few months, you may well save on travel costs and lunches, but you’ll run up other bills, including heating and electricity.

Some employers give their staff an allowance to cover those excess costs.

But if they don’t, employees can still claim a small reduction in their taxes for the time they were forced to work at home.

How much can I claim?

It would be very tricky to calculate exactly how much of your electricity bill is used for work – so HM Revenue and Customs (HMRC) lets you claim up to £6 a week of expenses without having to provide bills or paperwork to justify it.

And you must be working at home because you have to, not out of choice.

It is possible to claim more than £6 a week, but you have to provide paperwork to support your claim.

If your employer provides a working from home allowance, that’s tax free up to £6 a week – so you can’t make another claim for tax relief on top.

These allowances have been available for years, but awareness has grown since the pandemic forced many offices to close.

“We have had quite a few calls about this,” says Yvonne Graham, tax manager at Ensors accountants in Ipswich. “It’s not going to make people rich, but it is a useful amount.”

Before 6 April 2020, you were allowed to claim only £4 a week without providing evidence. It’s still possible to claim back as far as April 2016, but for prior years you can only claim the lower rate.

Emma Peck, who works in financial services in Buckingham, has been claiming the full allowance since she started working from home in 2017.

She has no office to go to, so she is obliged to work from home and therefore entitled to claim.

Previously, she was self-employed, and was used to claiming for expenses to reduce her tax bill, as many self-employed people do.

So every year when she gets her “notice of coding” from HMRC, which says how much she can earn before paying tax, it includes an allowance for “Job Expenses” – the cost of working at home.

Emma has encouraged many of her home-working colleagues to claim too. “The thing with people who are PAYE, they are used to having everything done for them. They are scared to go onto the HMRC website.”

How do you make a claim?

There are two ways to claim expenses – either on your annual tax return, if you file one, or on a special form called a P87, which is available electronically via Government Gateway, or on paper.

If you’re working at home indefinitely, you can get your tax code changed like Emma to get the savings regularly.

If you’re only working from home for a short period of time, it makes sense to wait until you’re back at work, so you know how much to claim for.

HMRC said in a statement: “Employees can claim the P87 expenses at any time but claiming when they return to their place of work means their claim will be for the right amount and they will only have to contact us once.”

Can you claim for other things?

If you’ve had to buy, say, a computer or an office chair to be able to work from home, your employer might pay you back.

If not, you can claim tax relief on what you have bought, as long as it is used “wholly, exclusively and necessarily” for work.

You will need to keep records, and claim the exact amount.

You can also claim for work telephone calls on top of the £6 flat rate – again, you will need to keep records and claim the exact amount.

But you can’t claim for home-related costs that don’t increase because you’re now working there. That includes council tax payments, rent, mortgage interest, or water – unless you have a water meter.

Jonathan Griffin from South Yorkshire works in IT. He has been working from home since 23 March.

He filed a claim using a P87 form for the tax on seven weeks’ worth of expenses from 6 April.

He filed the claim online with HMRC on 23 May, which he found “quite straightforward”. There is a tracker on the HMRC website, which initially said it would be processed on 15 June.

But at the time of writing the payment still hadn’t arrived and the tracker says it is still being processed.

Sat Jul 25 , 2020
WESTPORT, CT — As with last weekend, Westport officials said on Friday that the town’s beaches might be closed at certain times this weekend if there is overcrowding and social distancing cannot be maintained. The potential closures are the result of the ongoing coronavirus pandemic, and residents who want to […] 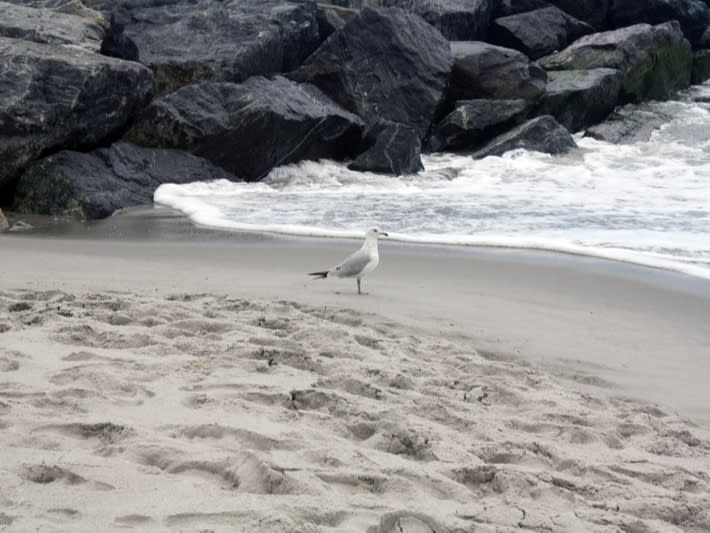