Pediatricians say schools should strive to bring kids back to classrooms. Teachers unions are on the verge of revolt, in fear of infections. Local school districts are struggling with everything from technology to staging schools for socially distanced learning. And Education Secretary Betsy DeVos is largely on the sidelines, saying […]

Pediatricians say schools should strive to bring kids back to classrooms. Teachers unions are on the verge of revolt, in fear of infections. Local school districts are struggling with everything from technology to staging schools for socially distanced learning.

And Education Secretary Betsy DeVos is largely on the sidelines, saying the coronavirus back-to-school planning is a state and local issue.

No wonder parents across America are freaking out.

The CDC issued additional guidance this week on safely reopening schools, with infections spiking in the South and West. Some education leaders fear the guidelines are being disregarded, casting doubt anew on how the new school year will even be able to launch. Yet the beginning of the school year is nearing and worried parents are wondering if they will be able to count on in-person classes resuming by the time they must return to work, inextricably tying school reopenings to the revival of the economy.

In Virginia, Fairfax County’s teachers unions say teachers aren’t comfortable returning to schools and are encouraging members to state their preference for online learning until more information about face-to-face instruction is available. In Texas, the governor is now requiring face masks in public spaces in counties with 20 or more Covid-19 cases — but his order didn’t mention schools. Arizona has delayed schools’ reopening date until mid-August as cases surge.

From social distancing to health checks, the list of concerns is seemingly endless as school districts draft their plans, many of which are still in the development stages. Those concerns are only intensifying as Covid-19 cases begin to skyrocket.

“There are no plans for most of these places,” said Lily Eskelsen García, president of the National Education Association, the nation’s largest union. “People are panicked and parents should be panicked.”

Teachers increasingly are on edge and leaning on unions for help. “I’m being bombarded with, ‘How the hell are we going to do this?’” said Eskelsen García. “We’re worried that school districts will give in to a politician or some business that wants their workers freed up to come back and work in a factory somewhere, and that then they will be forced to open unsafe schools.”

Overall, a combined 54 percent of American voters said they are somewhat uncomfortable or very uncomfortable with reopening K-12 schools for the beginning of the coming school year, according to the latest POLITICO/Morning Consult poll that assessed the nation’s mood about students returning to day cares and schools shut down by the pandemic.

Some districts are offering either virtual learning or in-person learning that “almost totally” disregards CDC guidelines because social distancing won’t be possible and students might not be wearing masks, said Daniel A. Domenech, executive director of a school superintendents association.

“A lot of states along the Southern belt are just planning to move ahead with, all students, all come, and to me, that is going to be a horror,” he said.

The patchwork of approaches across the country will leave many kids at a disadvantage.

Eskelsen García said there is “no national response to this, good or bad.” But she added that the infection rate data, needed for making decisions, will be different in localities across the country and DeVos’ help “never goes to a good place.”

DeVos’ lack of reopening guidance has prompted some congressional skepticism. A bipartisan pair of House members, Republican Van Taylor of Texas and Democrat Josh Harder of California urged DeVos last week to issue “guidance and training” to educators on how to reopen schools.

They haven’t heard back.

“We sent a bipartisan letter to her asking for guidance and we’ve gotten radio silence in response,” Harder said in a statement. “Teachers and parents need to know what the fall is going to look like and how we’re going to keep our kids safe. We need answers.”

But Jeanne Allen, the founder and chief executive of the Center for Education Reform, said, “The most important federal guidance is what health authorities have to say, and other than that, I think the Department should simply be available to respond to questions, provide ideas or examples from what they are learning and seeing around the country, and distribute funds.”

DeVos spokesperson Angela Morabito said state and local authorities will “take the lead” on reopening guidance and the department continues to issue guidance and resources to help them “make the next best decisions.”

That may be just as well for public education leaders and advocates who have spent the last couple of months battling DeVos, a school choice advocate, over emergency relief for private school kids and teachers.

“Maybe not having guidance from them isn’t such a bad idea,” Domenech said.

A review of 100 districts by the Center on Reinventing Public Education found that most are in the planning process, shooting for an early July release of their reopening plans. “How well districts set clear expectations, anticipate and solve problems, and strategically deploy resources will determine whether schools allow learning gaps between students to grow wider,” researchers wrote.

“Our educators are overwhelmingly not comfortable returning to schools. They fear for their lives, the lives of their students and the lives of their families,” said Tina Williams, the president of the Fairfax County Federation of Teachers, last week.

Kimberly Adams, president of the Fairfax Education Association, said the community “should not return to in-person learning until a vaccine or treatment is widely available for Covid-19.”

Arizona Gov. Greg Ducey used an executive order this week to bar schools from reopening for in-person classes until mid-August, though the state’s elementary and high schools can still reopen before then for distance learning.

The Texas State Teachers Association has said GOP Gov. Greg Abbott is in “too big of a hurry” to reopen schools and they’ve been calling on the state to mandate that everyone should wear a mask and be screened for Covid-19 symptoms on school campuses, among other things. On Thursday, Abbot issued an executive order requiring face masks in public spaces in counties with 20 or more Covid-19 cases, with few exceptions, according to his office. It’s unclear if schools will be included.

“We are 100-percent concerned everywhere,” said Eskelsen García. “There’s nowhere where people are just breathing a sigh of relief and this is all over.”

Jeffree Star is staying quiet while Shane Dawson's career lies in tatters. Here's why celebrities like him seem uncancelable.

Sat Jul 4 , 2020
Will Jeffree Star actually be canceled this time? Jeffree Star / YouTube Karmageddon is currently tearing its way through YouTube’s beauty community, with Tati Westbrook claiming Jeffree Star and Shane Dawson manipulated her into almost destroying James Charles’ career in May 2019. But while Dawson is currently experiencing a catastrophic […] 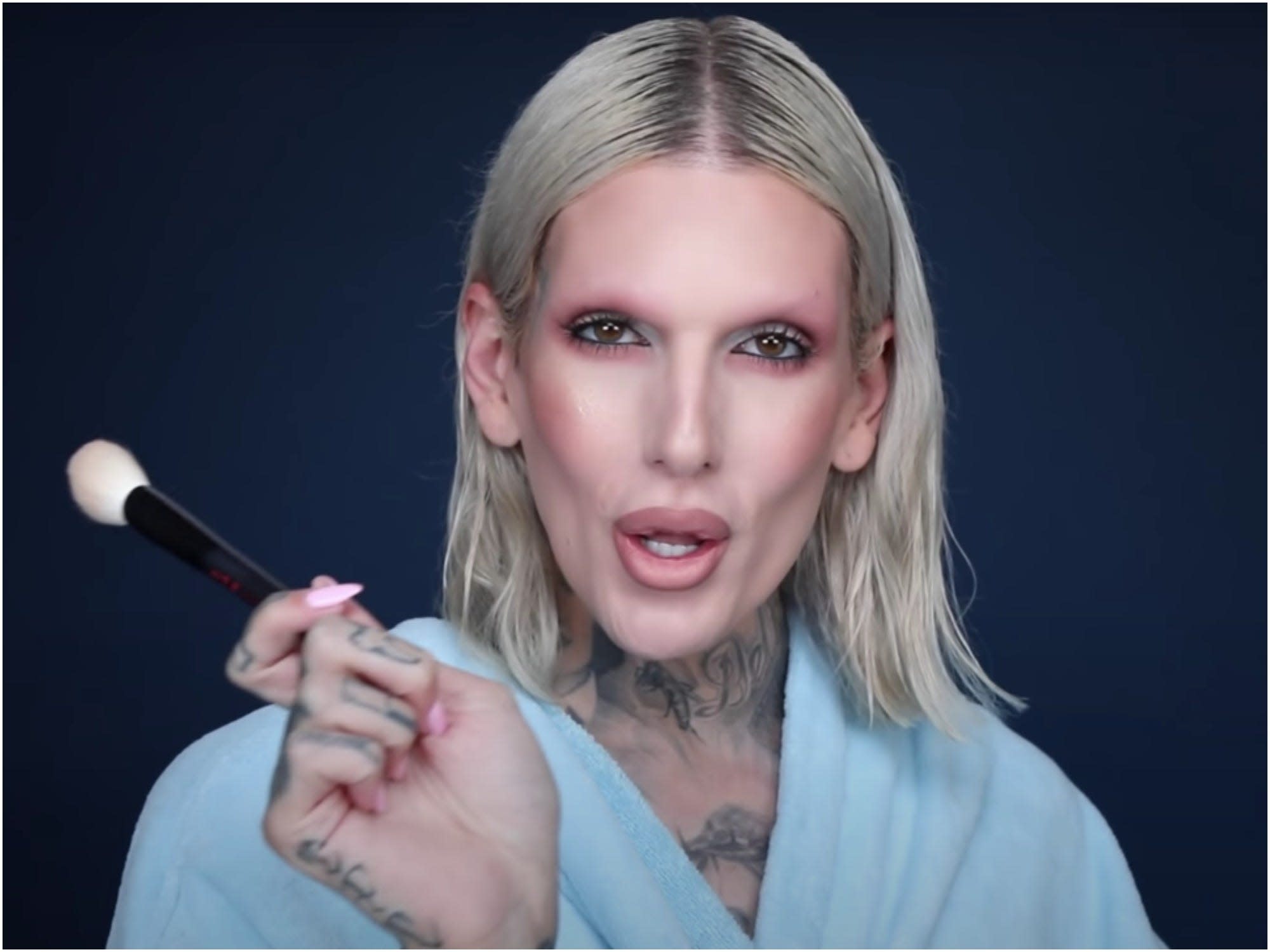