The Clinton Hill School in New York, July 22, 2020. (Mark Wickens/The New York Times) With some combination of optimism, anxiety and wishful thinking, many educators spent their summers planning, in minute detail, how to safely reopen classrooms. Teachers stocked up on sanitation supplies as superintendents took a crash course […]

With some combination of optimism, anxiety and wishful thinking, many educators spent their summers planning, in minute detail, how to safely reopen classrooms. Teachers stocked up on sanitation supplies as superintendents took a crash course in epidemiology and studied supply chain logistics for portable air filters.

But with the pandemic now surging across a wide swath of the country, many of those plans have been shelved, and a different reality has emerged for the nation’s exhausted and stir-crazy families: Millions of American children will spend their fall once again learning in front of laptop screens.

In places where schools haven’t already reopened — in some, to just as quickly close again — educators are spending the little time they have left before the new academic year moving to focus more fully on improving online instruction, which failed to reach and engage many children in the spring, leading to growing achievement gaps by income and race.

But what if they had started much sooner?

“Clearly, lots of time was lost, and it’s unfortunate,” said Morgan Polikoff, a professor of education at the University of Southern California. “We’re not going to have a ton of in-person instruction in this entire school year,” he predicted, echoing some public health experts.

When schools abruptly moved to remote learning in March, the majority of districts did not require teachers to provide any live instruction, and many interactions between educators and students took place over email and text message.

Lessons were often passive, revolving around online videos and worksheets. Students without access to computers and Wi-Fi, or without a tech-savvy adult to help them, fell behind, in some cases with consequences that are expected to be long-lasting. An alarming number of students didn’t show up for remote learning at all.

To avoid a repeat, Polikoff said, “We should be pouring absolutely everything we can into making the online experience as good as possible.”

Instead, American educators spent the late spring and summer planning to welcome students back to classrooms. They did so at a time when the outbreak appeared to be under control, and the message from politicians, pediatricians and many parents was clear: Reopening schools, in person, was a priority to restart the economy and educate children.

But as districts stocked up on face shields and disinfectant sprays, many governors were allowing bars and restaurants to reopen. Delays in providing virus test results grew. And local leaders were left to figure out the details of running schools during a public health crisis largely on their own.

Most of the country’s largest districts settled on some mix of in-person and remote learning, but they have been forced to shelve those plans in recent weeks as virus cases soar in their communities. Of the nation’s 15 largest school systems, only two, New York City and Hawaii, now plan to start the year with open classrooms, even part-time. On Friday, Gov. Andrew M. Cuomo of New York cleared the way for schools in the state to choose to reopen, but the decision remains in the hands of local officials.

President Donald Trump and his education secretary, Betsy DeVos, have threatened to withhold federal funding from schools that do not teach in person but have provided no detailed recommendations on how to do so safely. Nor has Congress provided the billions that local officials say they need to cover the costs of retrofitting buildings for pandemic conditions.

Governors and state education departments, too, focused more on the hope for an in-person reopening than the chance that online eduction could continue.

Only 11 state reopening plans require districts to put in place specific strategies for delivering a quality education remotely, according to research from the Center on Reinventing Public Education, a think tank and advocacy group. Just a few states — such as Maine, Connecticut and South Carolina — have taken a centralized approach to making sure students have access to computers and internet connections in their homes.

Local control of education is a centuries-old American tradition, but one that may not be well suited to emergency planning during a pandemic.

“Every system, every school had to think through this, often in isolation,” said Jamila Newman of TNTP, formerly the New Teacher Project, a nonprofit that provides consulting services for districts across the country on staffing and student achievement. “Districts were spending the lion’s share of their time focused on an in-person plan or a hybrid plan that feels incredibly untenable in most places.”

Fewer than half of districts offered summer professional development programs for educators, or have a plan in place to continue coaching them on remote teaching practices during the school year, according to a database of more than 100 local plans, including those for the nation’s 30 largest school systems, compiled by the Center on Reinventing Public Education.

In many parts of the country, collective bargaining agreements between districts and teachers play a large role in determining how services are administered. Part of the summer was spent renegotiating emergency work agreements created for the pandemic, with the assumption that teachers would be in classrooms at least part of the time.

But in recent weeks, those discussions have shifted quickly from focusing on social distancing and ventilation to tense debates over how many hours of live interaction teachers will be expected to provide to students, and whether they should use their vacant classrooms as television sets, of sorts, for video instruction.

Newman said the continued uncertainty over when students might return to schools could hamper the ability of educators to provide quality remote learning. In some regions, she suggested, it might make sense to consider the possibility of spending the entire school year online.

“People won’t necessarily be able to get back into the comfortable cadence of instruction,” she said, “if there’s always this hope that right around the corner — next week, next month — we can transition back.”

There are places where educators have already forged ahead in the past months with creative plans for remote learning.

During the spring, KIPP New Jersey, a charter school network of 15 schools that overwhelmingly serves Black and Latino children from low-income families, did not require its teachers to provide live instruction. But it is planning big changes for the fall semester, which, pending state approval, will be online until October.

Students in kindergarten, first grade and second grade will begin the day with a 30-minute social-emotional check-in with teachers and peers, followed by 90 minutes of live instruction in reading, writing and math. For academics, they will be placed into small groups of 10 students.

The network has learned that limiting class sizes may be even more important online than in the physical classroom, said its chief executive, Ryan Hill. On Zoom, for example, it is helpful for a teacher to be able to see all of their students’ faces at once, instead of having to scroll through multiple screens.

“I do think one benefit of us staying remote is we can get really good at remote instruction,” Hill said. “And I think there is a lot of promise in it.”

Los Angeles Unified, the nation’s second-largest school system, decided last month that it would start the school year online. It has published data showing that when schools closed in March, about a third of middle and high school students did not actively participate each week in online learning — a national problem.

The district plans to use staff members such as bus drivers to help make phone calls to track down students who do not turn in assignments or show up for online classes.

Another major concern is how schools will facilitate socialization and warmth between students and teachers. When schools suddenly shut down this spring, children continued to interact online with the classmates and teachers they knew and loved; that won’t be the case for many in a new academic year.

To address that, the Esperanza Community School in Tempe, Arizona, plans to keep most students with their teachers from last year, according to Hannah Wysong, a teacher leader at the school.

Esperanza is a public school led by a collective of teachers, so it is able to operate outside of the typical bureaucracy that can make it hard to embrace nontraditional practices, Wysong said.

In Odessa, Texas, the Ector County school district, which plans to open this month under a hybrid model that combines remote and in-person schooling, has come up with a plan to provide internet access to its rural population, some of whom live in areas not reached by broadband providers.

During days when students are slated for remote learning, they will be able to come to school buildings to access devices and internet in a supervised, socially distanced space.

As difficult as remote learning was for many teachers and students in the spring, it could be just as tough for parents and caregivers who juggled their jobs and basic child care while trying to help students navigate a seemingly endless array of apps and logins.

Miami-Dade County, the nation’s fourth largest district, is trying to address that problem through online training for parents.

Shelley Gonzalez, the mother of a rising second grader, participated in several sessions this summer. During one, she learned about the importance of giving her son, Luis, breaks for “sunlight activities,” like basketball or playing with LEGOs, that allow him to recharge.

She was also introduced to a tool called “Immersive Reader” that helps Luis, who has been diagnosed with attention deficit-hyperactivity disorder and vision problems, focus on specific passages he is supposed to read, by reducing distractions on the screen.

“I am hoping this teaches parents and kids you can learn anywhere,” Gonzalez said. “You don’t have to be sitting in a classroom.”

Coolest Cars For Sale On Motorious To Beat The August Heat

Sat Aug 8 , 2020
⚡️ Read the full article on Motorious We check out some of the most interesting cars up for grabs right now! The classic and collector car market is a fantastically diverse tapestry of vehicles from every breed and era. Delving into the classifieds reveals some real gems waiting to find […] 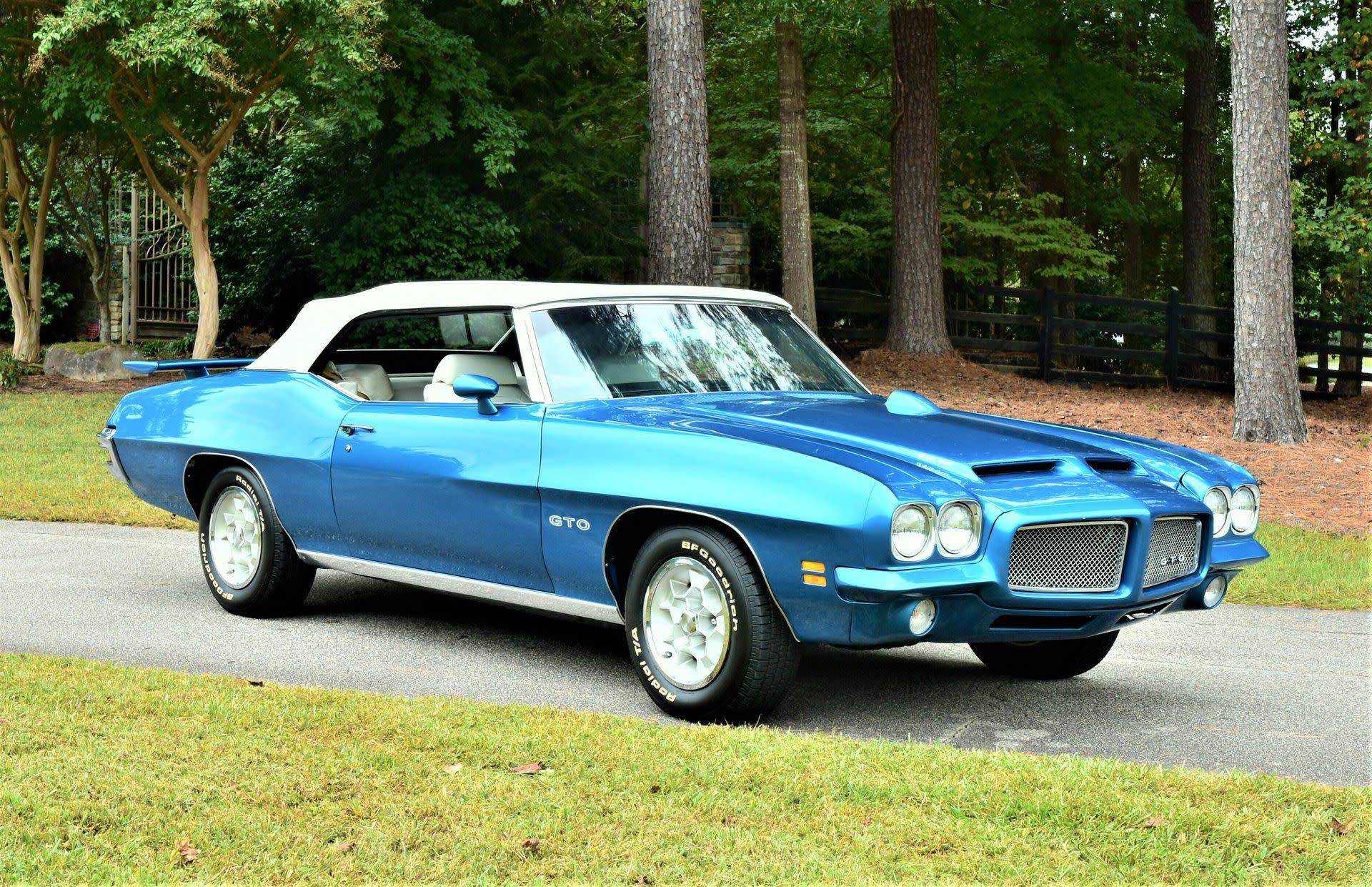