Paris (AFP) – How do you create dance in the age of coronavirus, when dancers are not supposed to touch each other and stay one or two metres apart? All across the world choreographers are grappling with the challenge of coming up with safe, socially distanced pieces that still set […]

Paris (AFP) – How do you create dance in the age of coronavirus, when dancers are not supposed to touch each other and stay one or two metres apart?

All across the world choreographers are grappling with the challenge of coming up with safe, socially distanced pieces that still set the heart aflutter.

It may be completely counter-intuitive, but the very rigidity of the restrictions has been liberating for some — allowing them to play on the new taboos and the dramatic tension around personal space the virus has brought with it.

“In ballet, we are so used to being free in the way we touch,” he told AFP.

“Sometimes we take this for granted, because we touch everybody almost everywhere in doing pas de deux, in doing a lift. And now we have a situation where we cannot touch, where there is a distance, which immediately gives a new sense of tension.”

With all the usual advance planning thrown to the wind, Neumeier said the virus has allowed him to create without thinking about what the costumes or sets would look like.

“I was working with the purest material — just dancers in an empty space,” he said.

The restrictions have forced him to “concentrate much more on the art of the solo” for his new work, “Ghost Light”, which will premiere — virus permitting — on September 6.

Neumeier is using 57 dancers, but he can’t bring them all together for now. “It is a kind of mosaic,” he told AFP.

Annabelle Ochoa Lopez has become dance’s queen of Zoom over the last few months, making a series of short pieces on the teleconferencing app.

Like so much else in the lockdown, it happened by accident, said the Belgian-Colombian choreographer.

“Two French dancers who were retiring from the Norwegian Ballet approached me because they couldn’t do their farewell show. They asked if I could make something for them on Zoom.

“I thought, ‘OK, that will be very awkward but let’s do it,” said the Netherlands-based creator.

“They had three children… and sometimes the children would be there saying hello from the couch.”

In the work they made together, “Where do the birds go?”, which is now on YouTube, the couple — Julie Gardette and Francois Rousseau — actually dance on their sofa.

“I have to talk a lot more to get my ideas across, and I have to direct their eyes more too because the frame is so much more intimate than the stage,” she said.

“I am constantly coming in close to my computer and then going right out again to show the movement… sometimes I even lie on the ground to show them my feet,” she added.

In a second video she made with a dancer from New York’s Ballet Hispanico, she used the windows in her apartment as a framing device, and in another she channelled the French mime legend Marcel Marceau as well as using a live chicken for a piece set around a table with two dancers from the Tulsa Ballet.

“Of course I miss the studio,” Ochoa Lopez told AFP. “But I think that I will take something from this experience.”

Kader Belarbi, the artistic director of Capitole Ballet of Toulouse in southwest France, hopes digital direction will not be the end of actually being there with a dancer.

With the screen there are “things that don’t come across anymore as they do in a live performance”, he argued.

Belarbi is now creating a ballet about the artist Toulouse-Lautrec, working with soloists and four couples on “single phrases that will later be combined”.

But for some the biggest thing to come out of the lockdown may be a trend towards shorter works.

“A lot of companies are going to make small pieces which are cheaper and easier to handle in terms of social distancing,” said Martin Harriague, a choreographer with the Malandain Ballet, Biarritz.

He is working on a solo with a dancer from the company in his apartment, separated by the glass of his veranda.

“A lot of freedom can come from restraints,” he insisted.

Tue Jun 30 , 2020
Verizon Communications Inc. VZ recently inked a strategic deal with Cooler Screens to extend its digital advertising footprint in order to enhance the in-store shopping experiences of brick and mortar retail stores. The partnership is likely to redefine the way advertisers seek to reach consumers in the aftermath of the […] 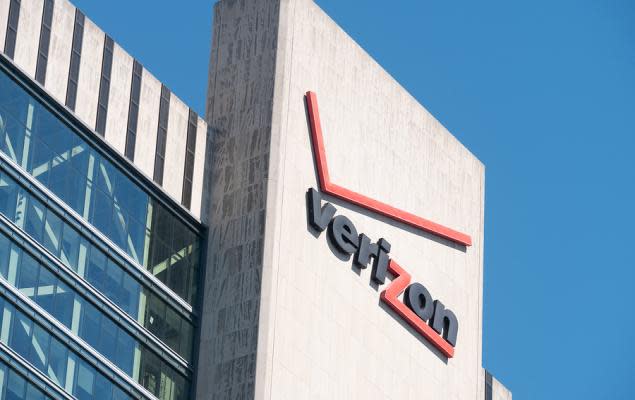