Bosch Nyon Bosch has announced its new model features for 2021, and the big update is increased functionality and connectivity for the Nyon and Kiox on-board computers as well as some new navigation features that will greatly improve e-bike riders’ experience, whether commuting, riding for fun or hauling cargo around […]

Bosch has announced its new model features for 2021, and the big update is increased functionality and connectivity for the Nyon and Kiox on-board computers as well as some new navigation features that will greatly improve e-bike riders’ experience, whether commuting, riding for fun or hauling cargo around town.

Alongside these new computers, Bosch announced new variants of its eShift concept and software updates for the Performance and Cargo Line motors, which increase torque by 10Nm for better acceleration and low-cadence performance.

Bosch has completely redesigned the head unit of the Nyon computer to make it more user-friendly and to bring its overall functionality up to date.

The new form factor features a 3.2-inch high-resolution colour display with a coating to reduce glare and fingerprints. To make it easier to read in changeable light conditions, there’s a backlight that automatically adjusts to ambient light. Bosch claims that even in dusty or wet conditions, or when wearing gloves, that the touchscreen will still be easy to operate. The Nyon still uses a separate control unit rather than relying solely on the touchscreen.

Navigation is now fully integrated using Open Street Map, and Bosch has been able to integrate some neat features. Navigating to a destination can be performed using the touchscreen to select the destination, or choosing from a recent or saved destination. Routes and bike tours can also be created and loaded into the Nyon using the eBike Connect online app, which is now integrated with Outdooractive or Komoot. The Nyon now also takes the unknown out of remaining battery range: it smartly combines the topographical information against remaining battery power to accurately estimate the range.

New maps and software updates can be downloaded and installed through Wifi, while routes and ride data can be synchronised using the eBike Connect online app, as well as changing users’ settings.

The Nyon can track a range of fitness data, collecting speed, power and cadence from the motor and offering connectivity to heart rate monitors. Riders can track their fitness and calorie consumption, and target fitness goals. Graphic displays on the phone app or web portal give an analysis of your performance, and the Nyon can also connect with fitness apps such as Strava and Komoot. Beyond Outdooractive, Komoot and Strava, the Nyon includes third-party connectivity with Apple Health and Google Fit, Spotify and Audible.

The new computer is available from late September 2020 and can be retrofitted to all bikes with MY 2014 motors.

The update introduces navigation to the Kiox, and while it doesn’t get the in-built mapping of the Nyon, the breadcrumb-trail-style on-screen navigation gives riders a blue line to follow. The screen also orientates to represent the direction that the rider is facing to assist with navigation.

Routing and navigation are set up through the eBike Connect online app, and riders can also utilise Outdooractive and Komoot routes and touring options.

The Kiox will still record ride data and include fitness metrics on screen in real-time, which can later be shared to Komoot or Strava, or analysed further in the eBike Connect online app or online portal.

Dinosaurs, fossils and other homeschooling resources

Tue Jun 30 , 2020
As your new-found role as a teacher, there’s plenty of free online help to make it as smooth as possible: iStock Primary schools in England are now open for pupils in reception, year 1 and year 6 in smaller class sizes, as well as all children of critical workers and […] 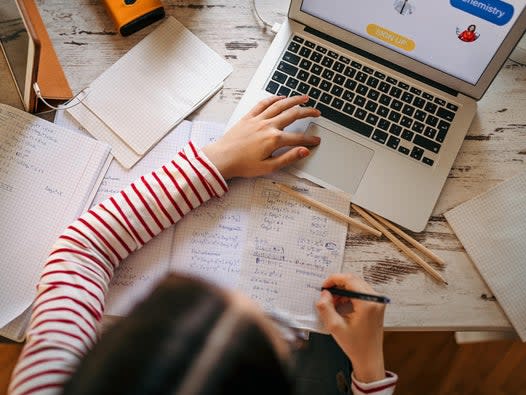