From Women’s Health When he uttered the words, “Will you accept this rose?”Alex Michel started a sensation. As the very first Bachelor, he also forever transformed Monday nights as fans discovered the joy of following his journey to find love—and all the drama along the way. His tenure on The […]

When he uttered the words, “Will you accept this rose?”Alex Michel started a sensation. As the very first Bachelor, he also forever transformed Monday nights as fans discovered the joy of following his journey to find love—and all the drama along the way.

His tenure on The Bachelor was 18 years ago. (I know, mind blown.) It’s all coming back, though, as part of ABC’s The Bachelor Greatest Of All Time. That seems like a lifetime ago, and to be sure, some recent contestants were definitely not old enough to remember Alex’s season when it aired.

In case you need a refresher on the guy who started it all, here’s what you need to know about Alex Michel as The Bachelor and everything he’s been up to the last two decades.

Alex was a ‘normal guy’ when he joined The Bachelor.

When Alex became The Bachelor, he was 31 years old and a Harvard and Stanford-educated businessman. Not to mention, he was tall, dark, and handsome. “Alex was just a normal guy who agreed to jump into the unknown,” Bachelor host Chris Harrison told People. “He was brave to take it on.”

He gave Amanda his final rose, but he didn’t propose during the finale. The couple continued dating, though briefly, after the show.

Alex opened up about his true feelings after the whirlwind romance. “I thought I was falling in love. Looking back, it’s not reality,” Alex told People. Alex and Amanda made a handful of public appearances in their short-lived post-show romance.

Alex became a Match.com spokesperson in 2003.

After his 15 minutes of fame on The Bachelor, Alex became a spokesperson for Match.com and dished out dating advice, per a press release. “Whether you’re a Bachelorette television star with 25 bachelors to choose from, or one of the millions of singles with profiles on Match.com today, who often have hundreds of compatible matches from which they can make their dating selections, so much of dating success depends on your choices. I encourage singles to follow both their heads and their hearts, as romantic magic is part strategy and part chemistry.”

He was also the Romance and Proposal Expert for Princess Cruises, per People.

He worked on The ReRun Show and Our Very First Sex Tape, according to IMDB. He appeared as George on The ReRun Show, which “recreates your favorite sitcoms verbatim without all the boring stuff.”

Alex also attended the Gigli premiere with a mystery date who was not Amanda.

He was a VP at Bernstein Global Wealth Management, where he advised high net worth individuals and families on investment strategies, according to LinkedIn. While working for Microsoft, he lived in London and managed strategy for Microsoft’s online businesses in Europe, nbd.

Then, Alex co-founded a tech startup.

He served as founding CEO for NewCo, a media and technology startup, and doesn’t have an end date listed. He led product development and oversaw software development team, and helped recruit prominent media executives to the company, per LinkedIn.

Alex lives and works in the Washington, D.C., area.

He’s a managing director for Generation Consulting, a business consulting company, according to his LinkedIn. He added some detail to clear up the somewhat vague title he’s held for over four years. Alex oversaw a large project to drive corporate tax reform via social media marketing, citizen engagement, and collaboration with government officials and business leaders. He also met regularly with tax professionals on the Senate Finance Committee and the House Ways and Means Committee.

He also appears to be single RN.

The first Bachelor ever also seems to be a bachelor IRL to this day. Unlike recent leads who have shared the ins and outs of their post-show life on Instagram, Alex has kept a low profile. He appears to be single, according to US Weekly.

Mon Jul 6 , 2020
KING OF PRUSSIA, PA — After three long months of closure, City Works Eatery & Pour House in King of Prussia will reopen its doors on Wednesday. And, it’s implementing a number of procedures to keep its staff and guests safe and healthy. In a release, City Works Eatery & […] 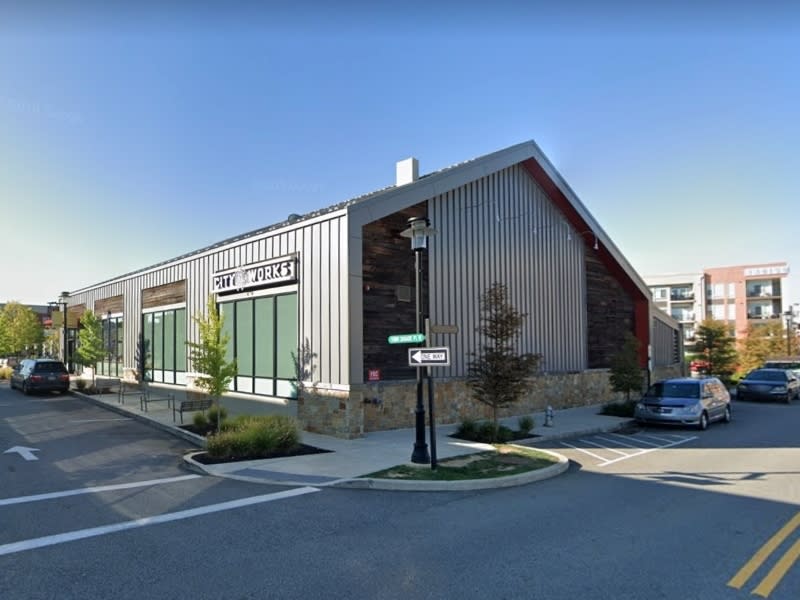