Amazon is getting into palm-reading — but it wants to sell you groceries rather than tell your fortune. The e-commerce colossus on Thursday officially announced a new device which will allow shoppers to pay for groceries at retail stores using the palms of their hands, a year after The Post first […]

Amazon is getting into palm-reading — but it wants to sell you groceries rather than tell your fortune.

The e-commerce colossus on Thursday officially announced a new device which will allow shoppers to pay for groceries at retail stores using the palms of their hands, a year after The Post first reported that the project was in the works.

The so-called Amazon One device uses high-tech imaging and algorithms to create a “unique palm signature” based on the ridges, lines and veins in each person’s hand.

The system, which the company has rolled out at two of its Amazon Go stores in Seattle, uses the biometric information to link each hand to a credit card the shopper has on file.

“We believe Amazon One has broad applicability beyond our retail stores, so we also plan to offer the service to third parties like retailers, stadiums, and office buildings so that more people can benefit from this ease and convenience in more places,” Dilip Kumar, Amazon’s vice president of physical retail and technology, wrote in a blog post.

The Post reported last year that Amazon’s ultimate goal is to roll out its hand scanners at all Whole Foods supermarkets.

At the time, an Amazon spokesperson refused to answer The Post’s questions about the technology, which at the time was codenamed “Project Orville,” saying “we don’t comment on rumors or speculation.”

While a regular card transaction typically takes between three and four seconds, Amazon’s new technology can process the charge in less than 300 milliseconds, a person familiar with the project said.

“Retailers have always been interested in faster checkout,” Majd Maksad, founder and CEO of Status Money, a personal finance site, told The Post at the time. “You only have to walk into Whole Foods to see the massive lines of people waiting to check out. It’s a massive friction point.”

If successful, the technology also could help encourage consumers to spend more when they visit Whole Foods, he said.

“People tend to spend more when they don’t have the experience of touching something tangible like money,” Maksad said. “The utility of money becomes more ephemeral.”

The gadget builds on the “Just Walk Out” technology that Amazon uses in its Go stores, which detects the items shoppers pick up and charges them once they leave without the need for a checkout line.

Amazon is also planning to expand the cashier-less technology to the Whole Foods, as The Post reported last month.

The palm images Amazon One uses are encrypted and stored in a “highly secure” cloud, and customers can request to have their palm data deleted, Kumar said.

Fri Oct 16 , 2020
Vice President Mike Pence touted Operation Warp Speed, President Donald Trump’s project to churn the development of a Covid-19 vaccine, during the vice presidential debate on Wednesday, October 7. In the debate, Pence was asked about the rising death toll of Americans due to Covid-19 by moderator Susan Page, the […] 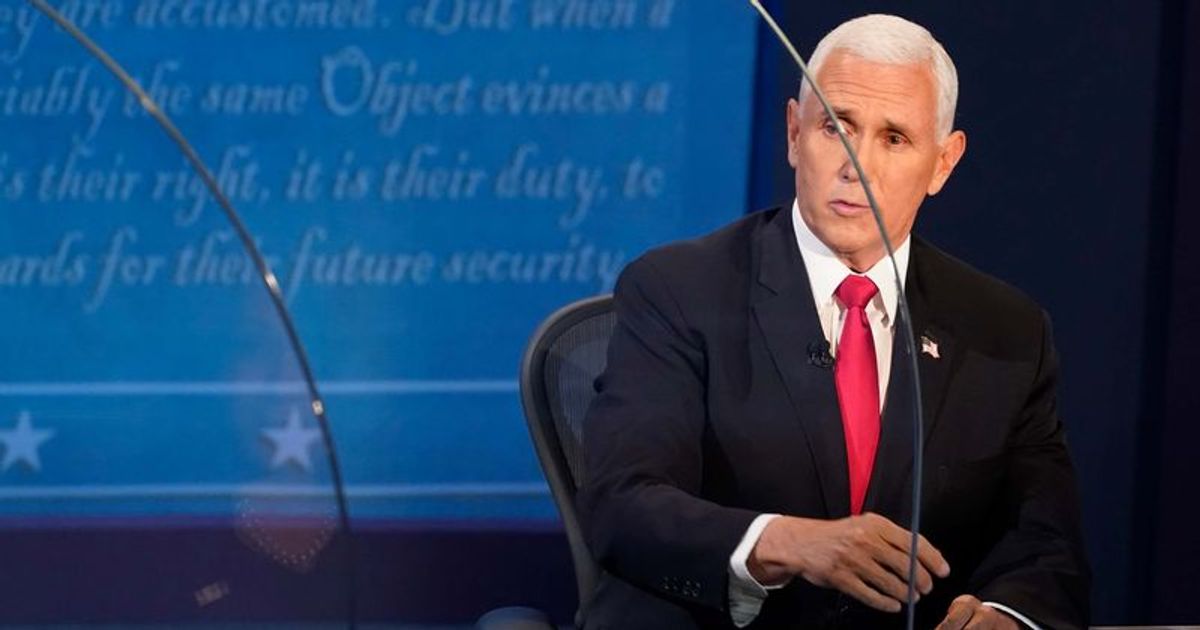