Amazon AMZN is sparing no effort to strengthen the retail business in India. This is evident from its new initiative, Smart Stores, which provides the stores with digital log software and a QR code.

The new initiative enables India-based local stores to offer customers with contactless discovery of their products and make payments online.

Under the program, customers will first need to scan the QR code using the Amazon app. This code allows the customers to explore and select the products available within the store. Once the customers have finalized their products, they can then make the payment using UPI, credit and debit cards or directly through their Amazon Pay balance.

Once the transaction is completed, the bill will be delivered digitally to the customer, making it a hassle-free process in today’s time wherein visiting shops is a big risk.

Notably, Amazon has partnered with more than 10,000 such shops so far across India. Apart from these local shops, many retail chains such as Future Group-owned Big Bazaar, MedPlus and More supermarkets have signed themselves up to the new digital system.

We believe the recent Smart Stores launch is expected to drive Amazon’s momentum across the country’s shoppers, and mom-and-pop shops. Consequently, this will bolster the company’s presence in the retail space of India, which holds immense prospects.

Amazon’s growing India-based initiatives are expected to yield good returns. Moreover, these initiatives bode well for the company’s strengthening global footprint. This is likely to help the stock rebound in the near term.

All Parties to Benefit

The latest move will help the shoppers buy the essentials without visiting the shop.

Further, the payment through Amazon Pay will give the shoppers an opportunity to get rewards. Not only this, Amazon’s Pay Later feature enables them to pay for their purchases in installments.

The move will definitely cater to the interests of the owners of these mom-and-pop stores. These new Smart Stores features will allow the shop owners to attract customers who are nowadays hesitant to visit the shops due to the CIVID-19 pandemic. Hence, this will improve their sales.

Further, these shops play a vital role in the daily lives of customers. In fact, customers in India have a very strong preference for these shops as they offer almost every kind of product.

Thereby, Amazon — by partnering with these store owners — will be able to deliver products at an ultrafast speed, which in turn will hugely benefit customers.

On the back of these deals, Amazon has gained an edge against Facebook FB Walmart WMT and Alphabet GOOGL, among others, which are also trying to build the mom-and-pop network.

It is likely to give a tough competition to Google’s Spot Platform, under which merchants in the country are offered with Spot Codes to make payments. Also, recently, the company announced plans to offer loans to merchants in India by the end of this year.

Apart from the latest move, Amazon recently secured an approval to deliver alcohol in West Bengal, looking to get into the multi-billion dollar alcohol delivery market in India.

In addition, it announced that it intends to create 1 million jobs in both direct and indirect form in India by 2025.

Further, the company announced $1 billion investment in the country, with the help of which it plans to build digital centers in 100 Indian cities and villages in order to bring more than 10 million small and medium businesses online.

Additionally, it has entered into an agreement with Future Retail that will authorize it as the official online sales channel for Future’s retail stores. Furthermore, Amazon has reportedly agreed to acquire a 49% stake comprising both voting and non-voting shares in Future Coupons, a Future Group entity.

Tue Jun 30 , 2020
MeWe is a social network that says it has no ads, spyware, targeting, political bias, or newsfeed manipulation. In other words, it bills itself as the “anti” Facebook.  Parler is a social media app with one point of view – conservative. It’s a place for folks who don’t like the spin at […] 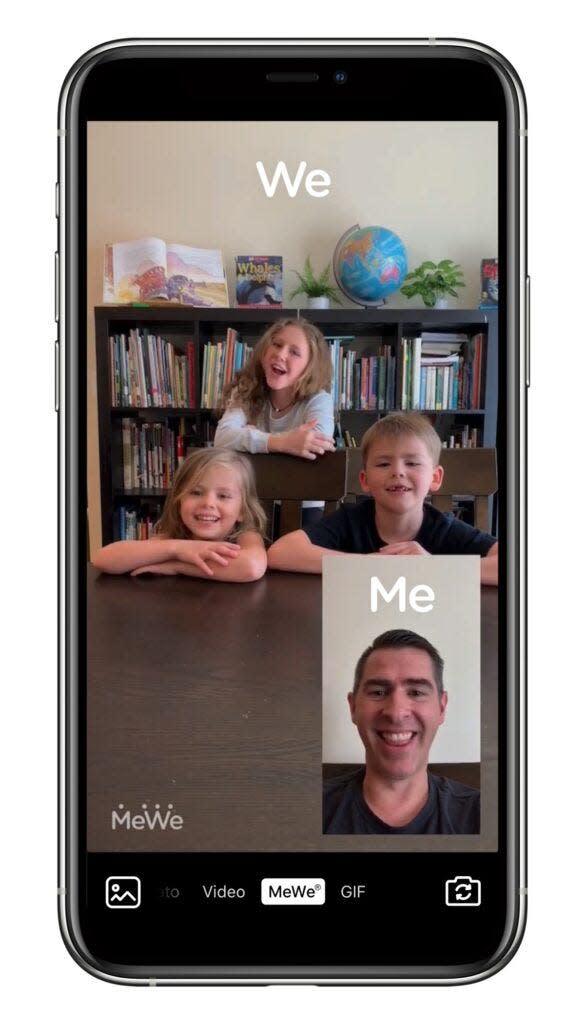