The risk for the severe form of COVID-19 increases with age, so like many older adults, Katharine Esty spent many weeks this spring without leaving her home at all. Esty, who turns 86 this week, knows all too well the toll such self-isolation can take on mental health. She’s still […]

The risk for the severe form of COVID-19 increases with age, so like many older adults, Katharine Esty spent many weeks this spring without leaving her home at all.

Esty, who turns 86 this week, knows all too well the toll such self-isolation can take on mental health. She’s still a practicing psychotherapist who helps patients cope with life — though the sessions are now by phone as the coronavirus outbreak grips the country.

Esty has stayed “amazingly healthy,” she said, in part because her busy schedule and the company of her live-in partner Peter, whom she met after her husband of 59 years died, made the quarantine easier.

“But there are lots of people who are alone and it’s been really hard… it’s just devastating,” Esty, who lives in a retirement community in Concord, Massachusetts, told TODAY.

“Aging well is really all about connections and being socially active.”

Studies show she’s right. Social isolation and loneliness are “serious” public health risks that affect a significant portion of the older adult population, with about one-quarter of Americans who are 65 or older considered to be socially isolated, according to a recent report from the National Academies of Sciences, Engineering, and Medicine.

That increases their risk of dementia and premature death from all causes, and is associated with higher rates of depression, anxiety and suicide, the Centers for Disease Control and Prevention noted.

Loneliness can compromise a person’s immune system — and even a cold may feel worse if you feel alone.

The health damage of loneliness and social isolation has been compared to smoking 15 cigarettes a day, according to the Health Resources & Services Administration.

Staying socially fit, on the other hand, is key to longevity.

Researchers at the University of Otago in New Zealand recently reported that being socially engaged in older age was one of two key factors associated with being a healthy centenarian. (The other was not smoking.)

That meant physically leaving home and interacting with people other than your family, including visiting friends, volunteering, going to a concert or playing golf, said lead author Yoram Barak in a statement.

But that’s not possible for most older Americans during a pandemic. So what’s the best way to cope? Esty offered this advice to stay mentally healthy:

Stick to a routine:

“What’s hard for old people and everybody is that we’re surrounded by this cloud of uncertainty — we don’t know when it’s going to be over. It takes a lot of special effort to stay calm, peaceful and steady in this time. A routine is a great way to do it,” Esty said.

She starts her day with stretches and other exercise, then always has some sort of virtual meeting planned with friends or professional colleagues on her computer. She also writes a blog, meditates, counsels patients and spends time with her partner. The routine helps her feel centered, grounded and in touch with other people, she said.

“It fills up the day in a nice way. You’re not just sitting there with a blank calendar and feeling purposeless,” Esty noted.

Esty didn’t know about Zoom before March, but soon learned how to use it and now her life is made up of Zoom calls, she said. That’s how she meets with her book group, friends, family and members of a psychotherapist group — a full schedule of interacting with others.

If someone doesn’t use Zoom, phone calls work great, too. Besides friends and family, she advised calling up old high school classmates, coworkers, neighbors and other people you may have lost touch with and are curious about.

“The main thing is to reach out,” she said. “When you’re feeling really blue, call a friend who is worse off than you. There’s nothing that will make people feel better than doing something nice for somebody else.”

Esty volunteered for a program in her community that organized phone calls to people who were alone — she called 12 people each week for 12 weeks to engage them in conversation.

Older adults’ loneliness increased slightly in March but leveled off in April, suggesting reaching out did help, a recent study found.

Birding is one particularly enjoyable activity Esty and her partner have discovered since the quarantine. They bought a bird feeder and bird seed online and love watching feathered creatures visit their home. Others may want to try genealogy, photography or another new hobby.

Older people who are computer literate can take virtual tours of famous museums — including the Louvre or the Metropolitan Museum of Art — or go for a virtual walk in the Swiss Alps to explore and feel active.

Some of her acquaintances are getting politically active in this election year. Some kind of purpose helps: it brings energy and well being, Esty said.

“People get enormous pleasure out of their dogs and cats. For people who are alone, a pet is just a life saver in terms of health and not feeling so lonely. It’s great companionship,” she noted. Some animal shelters have been arranging adoptions through Zoom.

Take advantage of a calmer brain:

Esty, who interviewed 128 octogenarians for her book “Eightysomethings: A Practical Guide to Letting Go, Aging Well, and Finding Unexpected Happiness,” was surprised by how happy people were and how much fun they were having — at least before the quarantine.

Research shows the human brain evolves in a way that makes people less stressed, less worried and less angry as they get older — they’re calmer and have inner peace, which can help with surviving the pandemic, she said: “I’m trying to get across to the world that old age can be a very pleasant and enjoyable stage of life.”

ADA does not provide blanket exemption from face mask requirements

Wed Jul 15 , 2020
The claim: The Americans with Disabilities Act exempts people from face mask requirements imposed by governments and retailers  Face mask use has been a source of confusion and contention amid the COVID-19 pandemic. As new outbreaks of the coronavirus grow across the country, some anti-mask activists have claimed that policies mandating mask-wearing […] 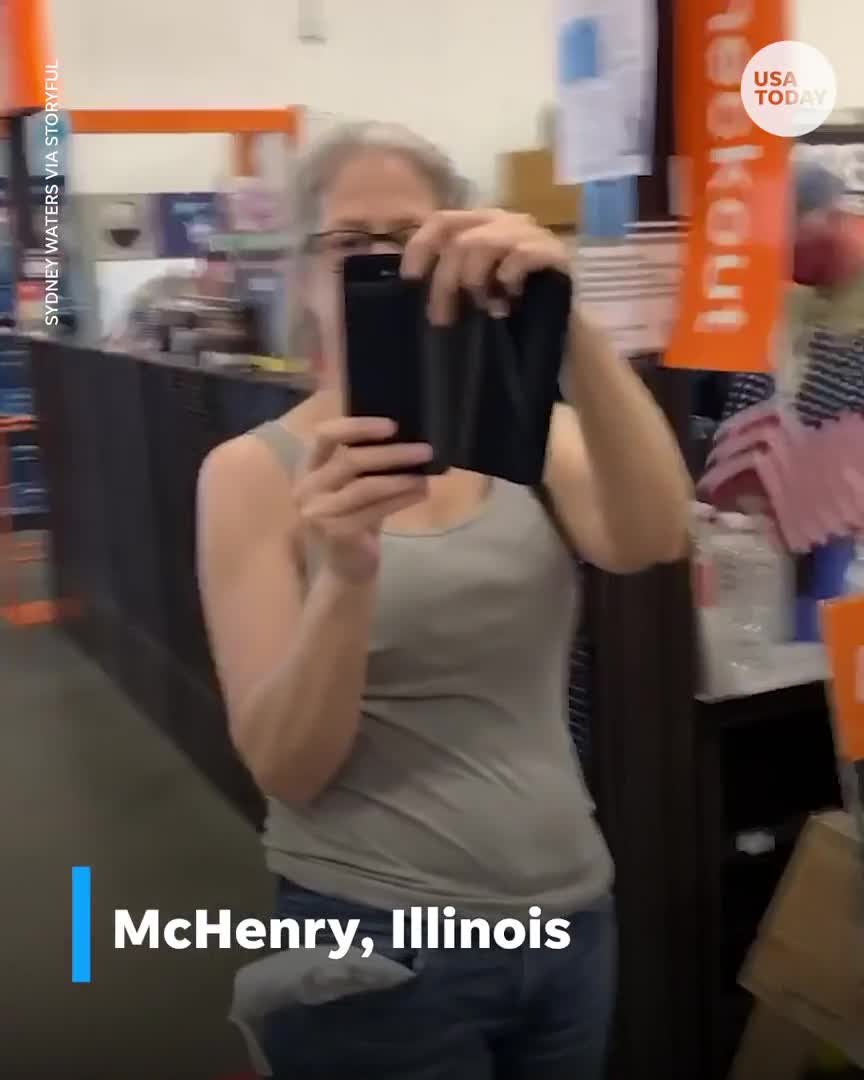