8 popular Disney movies on Netflix that you can watch right now If you haven’t subscribed to Disney+ but are missing those magical movies, you’ll be glad to know that Netflix is still showing a handful of Disney films. The streaming service offers a varied collection of Disney features, from […]

If you haven’t subscribed to Disney+ but are missing those magical movies, you’ll be glad to know that Netflix is still showing a handful of Disney films.

The streaming service offers a varied collection of Disney features, from traditional animations to newer live-action hits. While all these will likely migrate to Disney+ in the future, now’s the time to catch them on Netflix while you still can.

Get ready to use your imagination as we take a closer look at eight Disney movies you can watch via Netflix right now.

1. The Princess and the Frog

In 2009, Disney graced the world with Tiana, its first Black princess. She’s bold, hardworking, and a true icon due to her perseverance and down-to-earth personality.

Tiana’s story takes place in 1920s New Orleans, where she dreams of trading in her waitress jobs for that of a restaurant owner. However, after she kisses a prince-turned-frog in hopes of making him human again (and getting money for her eating establishment in exchange), she is transformed into the slimy creature herself.

While the heroine is the No. 1 reason to see this fairytale, the dreamy hand-drawn animations are a close second.

Where to watch: The Princess and the Frog is now streaming on Netflix.

The smashing sequel to The Incredibles has found its home on Netflix. While the first film has Mr. Incredible attempting to get back into hero work, this one has his wife Elastigirl taking the lead after she is recruited to scout out a mysterious villain known as the Screenslaver.

Meanwhile at home, Mr. Incredible learns that he can best serve his family (and the world) by taking care of his three kids. Unfortunately, managing a love-struck teenager, a hyper 10-year-old, and a baby who just discovered his superpowers is no easy task.

Maybe the story is a little predictable, but the humorous scenarios and cutting action sequences make it worth your time.

Where to watch: Incredibles 2 is now streaming on Netflix.

If you’re looking for a more mature Disney hit, this period drama, which tells a slightly glossed-over version of how the original Mary Poppins came to the big screen, might be worth a watch.

In Saving Mr. Banks, Walt Disney (Tom Hanks) attempts to convince author P.L. Travers (Emma Thompson) to give him creative freedom in adapting her Mary Poppins children’s books into a movie. However, Travers is reluctant to let Hollywood profit off of her stories, especially due to the significance they have in her life.

Flashbacks reveal that Travers’ difficult childhood has forced her to become possessive of her characters, particularly that of George Banks.

Where to watch: Saving Mr. Banks is now streaming on Netflix.

Like with The Incredibles, the original Wreck-It Ralph film is only available on Disney+, but its sequel remains ready to stream on Netflix.

Ralph Breaks the Internet kicks off with the games of Litwak’s Arcade getting online. While the stars of the arcade know little about the new WiFi tunnel that has opened at Game Central Station, Ralph and Vanellope venture inside after Sugar Rush’s wheel breaks off and the game is put at risk of getting permanently unplugged. Their goal: to buy a new wheel on eBay. As the pair soon learns, however, navigating the internet is no easy task.

Though the film’s snappy online references might not be relevant years down the road, it’s colorful, sharp, and well-animated — so you should watch it while it still hits right.

Where to watch: Ralph Breaks the Internet is now streaming on Netflix.

The stories of Winnie-the-Pooh were given a fresh perspective in this 2018 comedy-drama. And while many of the characters from the classic children’s franchise were brought to life in Christopher Robin, the film’s layered themes and warmth gave it universal appeal.

A grown-up, all-business Christopher Robin (Ewan McGregor) has forgotten about his friends from Hundred Acre Wood after he sees his father die, marries an architect, has a daughter, and serves in World War II. Worried about the security of his job, Christopher spends little time with his family and opts to stay home from the trip they had planned to take to their cottage. This is when Pooh stumbles into London and finds Christopher, who needs Pooh’s help just as much as the bear needs his.

Where to watch: Christopher Robin is now streaming on Netflix.

This collection of shorts is perfect for those wanting a taste of Disney magic but not the commitment of a full movie. There are twelve short films in total including the Mickey-centric “Get a Horse,” the romantic “Paperman” and the puppy-perfect “Feast.”

While these movies are distinctly Disney, they each feature different animation techniques and themes that set them apart. Their blend of emotion and style will leave you charmed.

Bolt (John Travolta) is the hero of a television series alongside his child-star owner, Penny (Miley Cyrus). Though the dog uses his “super bark” to rescue her from villains on-screen, he believes he can also save the day off-screen because the producers of the show have tricked him into believing his TV show is real life. So after an episode ends on a cliffhanger, Bolt escapes from his Hollywood trailer to find Penny, only to realize the off-screen world plays by different rules.

Bolt is sometimes passed over in favor of Disney Renaissance films or newer hits like Frozen and Moana, but it shouldn’t be. It has a creative story, smart visuals, and tons of cute animals.

Where to watch: Bolt is now streaming on Netflix.

The original Mary Poppins was released in 1964, but that didn’t stop Disney from creating a sequel over 50 years later. This time, Emily Blunt took the role of the titular nanny, and Lin-Manuel Miranda tagged along as her new lamplighter sidekick.

In 1930s London, Mary Poppins heads back to the Banks household where the kids she used to care for, Jane and Michael, are still grieving the loss of Michael’s wife. Additionally, Michael is at risk of losing his childhood home if he can’t find the money he needs. Despite the dark circumstances, Mary Poppins decides to take his three kids on a whimsical adventure and give them new reasons to stay hopeful.

Where to watch: Mary Poppins Returns is now streaming on Netflix.

Sat Jul 4 , 2020
Click here to read the full article. Singer-songwriter Ryan Adams — who in February of last year was accused of sexual misconduct by seven women, including his ex-wife, actor-singer Mandy Moore — has written a statement apologizing for the ways in which he “mistreated” women in the past. In a […] 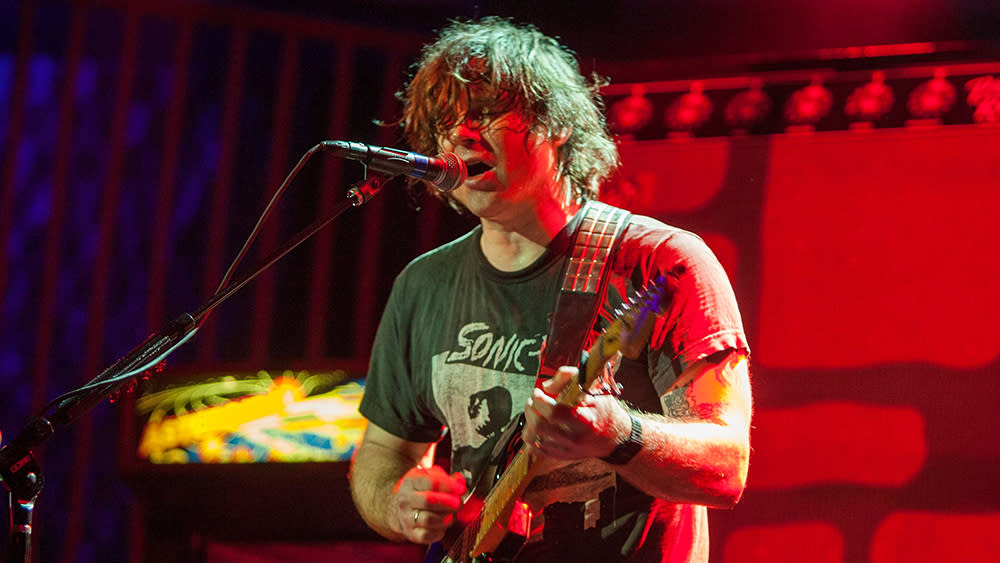