The second day of the 2020 Democratic National Convention saw the party formally nominate Joe Biden as its presidential candidate and, of course, Biden formally accept the job. But it wasn’t the only big moment of the evening. Like the previous night, it saw a cross-political sampling of speakers (like […]

The second day of the 2020 Democratic National Convention saw the party formally nominate Joe Biden as its presidential candidate and, of course, Biden formally accept the job. But it wasn’t the only big moment of the evening. Like the previous night, it saw a cross-political sampling of speakers (like former Bush Secretary of State Colin Powell), as well as some truly touching moments.

Among those highlights: Jill Biden gave the keynote speech from the high school she once taught at; former acting Attorney General Sally Yates, who infamously because the first person Trump fired after she refused to defend his first travel ban against legal challenges, spoke out against Trump; congresswoman Alexandria Ocasio-Cortez was on hand to symbolically nominate Bernie Sanders, a convention requirement afforded to all candidates whose delegate counts meet a required threshold; and people whose lives were saved by one of Biden’s signature accomplishments s Vice President, the Affordable Care Act

Read on for the five most memorable moments from night two of the 2020 Democratic National Convention.

Former Second Lady and potential future First Lady Jill Biden shared her keynote remarks from her a classroom at Brandywine High School, where she used to teach English, in Wilmington, Delaware.

Walking through the halls before reaching the classroom, Biden spoke of the “anxiety that echoes down empty hallways” as students have continued their education online due to the COVID-19 pandemic.

“There’s no scent of new notebooks or freshly waxed floors. The rooms are dark as the bright young faces that should fill them are now confined to boxes on a computer screen,” Biden said. “I hear it from so many of you: The frustration of parents juggling work while they support their children’s learning are afraid that their kids might get sick from school. The concern of every person working without enough protection. The despair in the lines that stretch out before food banks. And the indescribable sorrow that follows every lonely last breath when the ventilators turned off.”

Before her remarks, a video shared how the couple fell in love and contended with the death of Joe Biden’s first wife and daughter and, later, their son Beau. Jill Biden touched upon those themes again in her speech and discussed how the country, like her family, could be mended again.

“As a mother and a grandmother, as an American, I am heartbroken by the magnitude of this loss by the failure to protect our communities by every precious and irreplaceable life gone. Like so many of you, I’m left asking how do I keep my family safe?” she said. “How do you make a broken family whole? The same way you make a nation hold. With love and understanding and with small acts of kindness. With bravery, with unwavering faith, you show up for each other in big ways and small ones, again and again.”

Watch her complete speech below:

In a symbolic procedural move, Rep. Alexandria Ocasio-Cortez nominated Sen. Bernie Sanders to be the Democratic Party’s presidential candidate during her brief remarks on Tuesday night. She also spoke of the future for the progressive movement and some of its key goals, including “guaranteed health care, higher education, living wages and labor rights for all people in the United States.”

“In a time when millions of people in the United States are looking for deep systemic solutions to our crises of mass evictions, unemployment and lack of health care, espíritu del pueblo and out of a love for all people, I hereby second the nomination of Senator Bernard Sanders of Vermont for President of the United States of America,” Ocasio-Cortez said.

Sally Yates, the former acting attorney general whom Trump fired after she refused to defend his travel ban against Muslim-majority countries, shared her blunt assessment that Trump was treating the United States like “his family business” — and bankrupting it too.

“His constant attacks on the FBI, the free press, inspectors general, federal judges, they all have one purpose: to remove any check on his abuse of power. Put simply, he treats our country like it’s his family business — this time, bankrupting our nation’s moral authority at home and abroad,” Yates said. “But our country doesn’t belong to him. It belongs to all of us.”

This is obviously the reason for the convention, but while the formal end of the primary is a big deal, we were more amused by how the moment was celebrated with one of the best songs ever written specifically to get plated at celebrations. Watch the it below:

After Joe Biden was formally announced as the Democratic nominee for president, the DNC ran a heartfelt segment about healthcare. It began with a bit about Biden’s family — in 1972, his wife, Neilia, and daughter, Naomi, were killed in a car accident, and his sons Beau and Hunter were seriously injured. Jeff Bridges, narrating this part of the show, described how lucky the family was to have health coverage through that tragedy, and how this experience means that Biden is emotionally invested in enhancing healthcare for Americans.

“This fight is personal for Joe. As personal as it gets,” Bridges said.

Then we saw Biden on a video conference with Americans who have each suffered their own health crises — and whose lives, or the lives of family members, were saved by the Affordable Care Act. The law was a signature accomplishment of the Obama administration and Biden, who played a large role in winning over lawmakers, was famously heard on a hot mic telling Obama it was “a big f—ing deal” when it was signed into law.

And then, for the last few minutes of the segment, even more folks were able to tell similar stories. It was a poignant segment, and one that reminds us of the very real, and very human stakes in every election.

You pay what for your phone bill? Here's how to save $40 per month

Wed Aug 19 , 2020
Yahoo Life is committed to finding you the best products at the best prices. The product written about here is offered in affiliation with Yahoo Life’s parent company, Verizon Media. Stay connected anywhere, anytime—guaranteed. And no contract required. (Photo: Getty) Reliable wireless service is always important—but during uncertain times like […] 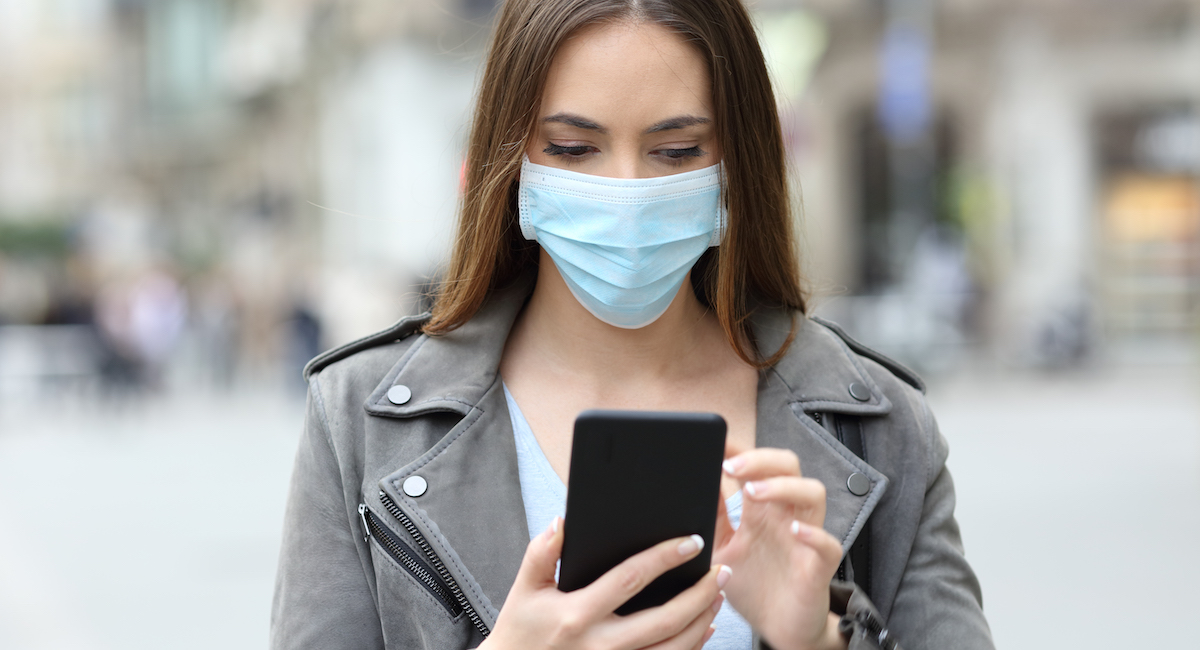