It’s no secret that multilevel marketing companies have destroyed people’s relationships and left many in financial ruin. MLMs often employ cult-like tactics to recruit and motivate participants. They’ve even used coronavirus anxiety to exploit people in the midst of quarantine and rising unemployment.  Still, it seems like everyone has at […]

It’s no secret that multilevel marketing companies have destroyed people’s relationships and left many in financial ruin. MLMs often employ cult-like tactics to recruit and motivate participants. They’ve even used coronavirus anxiety to exploit people in the midst of quarantine and rising unemployment.

Still, it seems like everyone has at least a few high school acquaintances hawking essential oils, dietary supplements or leggings on Facebook. Luckily, the funny folks of Twitter have found humor in the nightmare of what many describe as pyramid schemes.

Below, we’ve rounded up 45 funny and relatable tweets about multilevel marketing companies and pyramid schemes.

Who would like to come to my MLM party where I teach you how to avoid MLMs? It’s only $20, but free if you can get 6 of your friends to come.

If it’s true that your social life suffers after you become a parent, explain how just this week alone, I managed to score invitations to three online pyramid scheme sales parties.

If you say I need to lose weight in the mirror three times, a high-school acquaintance appears and tries to rope you into their pyramid scheme.

April Fools Day pranks are like Pyramid Schemes. You have to decide which of your friends you’re willing to lose over your “great idea”

Are we sure the wise men who brought frankincense and myrrh weren’t just trying to sign Mary up for their essential oils pyramid scheme?

pyramid schemes: “hey girl I came across ur page & ur absolutely gorgeous! Would u be interested in trying our new weight loss plan? All you do is snort a couple lines of cocaine as a meal replacement & bam! ur down 30 pounds! 😍 let me know if ur interested girly 🥰”

I got a friend request from a girl I went to school with who sucked but I accepted it because I’m a masochist. Then she liked a bunch of my posts and I was like “maybe she’s cool now” because I’m a narcissist. Then she invited me to her pyramid scheme. Always trust your gut.

A girl selling Arbonne messaged me her number asking me to join her team & the next day a girl selling Monat did the same thing, so I gave her Arbonne girl’s number. Feel like I just opened a pyramid scheme black hole. A “hey girl! ✨” vortex

Don’t try your pyramid schemes on me Becky, the only essential oils I’m interested in are the ones that made these delicious boneless wings.

Wrote every man in my fam a personalized Fathers day card to show my love and invite them to join my pyramid scheme.

Do I have a moral obligation to tell the girls I went to college with that their life-changing side hustle is a pyramid scheme?

MLM person on IG: I see you watched my Instagram stories and I just wanted–
Me: First off, they auto play. So don’t flatter yourself.#saveme

im gonna start a pyramid scheme where i make one friend, they make two friends, those two each make three friends, and then i have a birthday party

A panic alarm but for when someone is trying to rope me into a pyramid scheme.

Pyramid scheme guy: I have a better idea.

Shout out to the old friends from high school trying to leverage a global pandemic quarantine to drive sales in their Facebook pyramid scheme.

How is sharing different from a pyramid scheme.

I would go to sleep, but then how will I learn to be sucked into a real estate pyramid scheme via infomercial?

Old friends I haven’t heard from for a while are great! They ask for help moving or try selling me a pyramid scheme. Good to hear from you!

Multi Level Marketing? I think you’re confused. MLM stands for “Make Lotsa Money!” Haha well anyway, while you’re here, would you happen to feel like buying $30,000 worth of Crustacian Shears and Ballerina Powder? I’m in a lot of trouble.

If at first you don’t succeed, try Pyramid Schemes apparently

We really gave lana too much room with that normcore aesthetic, out here dating a cop like her next album will come with Rodan+Fields instead of merch

Kids: (pointing) What is that?

Me: Oh, just a clown in the sewer.

My friend got a degree in egyptology, but can’t get a job, So he’s paying more money to get a Phd, so he can work teaching other people egyptology. In his case college is literally a pyramid scheme.

Don’t Tell Mom She Bought Into a Pyramid Scheme Again

Phone scams that change their number to look like yours are operating on the false belief that I won’t think a number from my hometown is scamming me when in reality every girl from my high school is now involved in a pyramid scheme.

A pyramid scheme but the base isn’t very wide, it’s more narrow, in fact its more like a skyscraper scheme

Got another invite to an MLM night disguised as a “fun girls’ nite”. If anyone wonders why I set my computer on fire, now they’ll know why.

MLMs Are A Nightmare For Women And Everyone They Know

How MLMs And Cults Use The Same Mind Control Techniques

Wed Aug 19 , 2020
Apple seeks to make India an important manufacturing hub in the near future, as the company aims to produce its upcoming iPhone 12 in the country by mid-2021. According to a report by Business Standard, the Cupertino-based giant is planning to manufacture its upcoming flagship device in a facility in […] 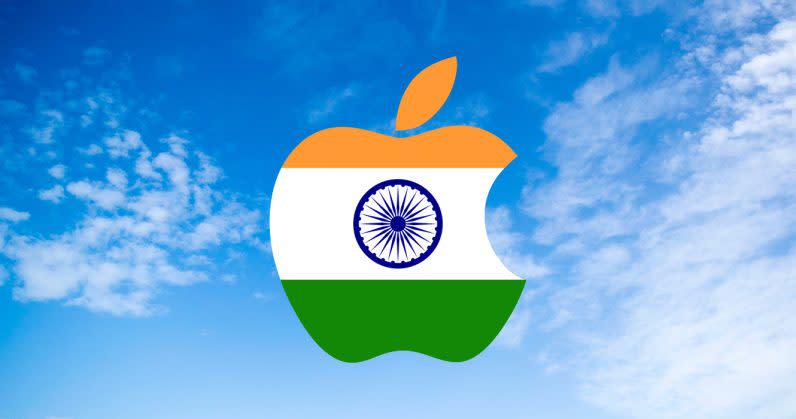