The 2020 election is just three months away, which means it’s time for voters, particularly young voters, to make sure they are informed about the races and registered to vote. Millennials and Generation Z will comprise 40% of voters in this year’s election, according to Rock the Vote, a nonpartisan, […]

The 2020 election is just three months away, which means it’s time for voters, particularly young voters, to make sure they are informed about the races and registered to vote.

Millennials and Generation Z will comprise 40% of voters in this year’s election, according to Rock the Vote, a nonpartisan, nonprofit organization that works to get young people to the polls.

While voter turnout among young people is historically low, it has been on the rise.

MORE: Taylor Swift encourages fans to register to vote in 2020 election: ‘This is so important’

Over the past few months, the lives of many young people have been turned upside down by the coronavirus pandemic — which canceled schools, sports and activities and slowed job opportunities — and the racial unrest across the country, which saw young people take to the streets in protest.

Now the question is whether young people will turn out to vote on Tuesday, Nov. 3.

“If young people vote early, if they get in the habit of voting when they’re young, they’re more likely to vote throughout their lives,” said Rick Weissbourd, the faculty director of the Making Caring Common project at the Harvard Graduate School of Education, which has launched a Get Out the Vote effort aimed at mobilizing young people. “

Here are three things young people need to know now to make sure their voice is heard on Election Day.

1. There is more than just the presidential election at stake.

Yes, the presidential race between Donald Trump and Joe Biden makes the most headlines, but on Election Day in November, voters will also get to decide who runs their cities, school boards, states and more.

“A lot of the issues that are at the forefront of voters’ minds right now and are impacting communities, particularly communities of color, a lot of those issues are actually dealt with at the state and local levels,” said Carolyn DeWitt, executive director of Rock the Vote. “It’s important for individuals who seek to see change on those issues elect leaders who share their values and are going to implement that change.”

The coronavirus pandemic has put local elected officials in the spotlight like perhaps never before as they have led the response on everything from whether schools and business will reopen to whether their constituents will need to wear face masks.

The racial protests across the country have done the same, putting in the spotlight the leadership and decisions of everyone from police chiefs to mayors, district attorneys and judges.

“Your mayor appoints your police chief. You can vote for your sheriff in most places. The district attorney, the person who is going to prosecute or defend someone, you have to understand that you actually vote for that person,” said Stephanie Young, chief officer of culture and communications for When We All Vote, a nonpartisan voter mobilization initiative launched by former first lady Michelle Obama.

“I hope it’s an empowering moment to realize that you actually do have a lot of power here,” she said. “Voting for every elected office on your ballot really does impact your life.”

2. There is still time to register to vote.

Voting is a constitutional right, but it is a right for which you have to register in all but one state, North Dakota.

Each state sets its own deadlines for when residents must register to vote, so you can check this guide from RocktheVote.org to find the requirements in your state.

National Voter Registration Day is Sept. 22, a day in which the start of voter registration deadlines are announced, according to DeWitt, who said that people need to register to vote as early as possible.

Rock the Vote’s website will take you through the process of registering to vote and make sure you are registered in your state, even if the state does not have online voter registration. You can also use the organization’s Election Day Reminder program to be informed of deadlines and information like a new polling location.

The website iamavoter.com is a one-stop way to register to vote, find out if you’re already registered and sign up for election reminders. You can also register to vote through Vote.gov, which is a U.S. government website.

The voter registration process is generally quick and simple. In most states you need an address from which you plan to vote and an ID number, either your driver’s license number or social security number, but make sure to check your state’s requirements so you have all the information you’ll need.

3. Voting during a pandemic will be different.

The coronavirus pandemic places new barriers around Election Day that organizations like Rock the Vote are adapting to so that every American still has a chance to make their vote count.

“What we’re trying to do is reduce the number of people who are going to vote in person on Election Day while making sure that we maximize voter turnout,” said DeWitt, who added that people need to look up the flexible voting options now so they can plan and prepare.

Rock the Vote has a state-by-state guide on flexible voting options.

One flexible voting option is early voting, which is the designated time, usually two to three weeks before an election, where you can cast a ballot in-person.

DeWitt recommends finding out now when your state will have early voting and where, because early vote polling sites can be different than Election Day polling sites.

Another flexible voting option is absentee ballots, which DeWitt recommends finding out now about both the deadlines to request an absentee ballot and also the deadline to return it, while also noting the options that exist for returning the ballot.

MORE: Why It Matters: Americans share which issues inspire them to vote in 2020

“There is this idea that it’s all vote by mail and the reality is you can drop off your absentee ballot either at a drop center or an early polling site or a polling place on Election Day” she said. “You can complete it and drop it off rather than mailing it in if you have concerns about it making its way through the mail.”

One way young people can help get out the vote this election amid the pandemic is to volunteer to be poll workers, according to DeWitt.

In the 2018 general election, 58% of U.S. poll workers were ages 61 and older, according to Pew Research Center. That demographic in the high-risk category for COVID-19, the respiratory illness caused by the novel coronavirus, according to the CDC.

“Over the last few years one of the major reasons we’ve seen long lines is due to the shortage of poll workers, and that existed before coronavirus,” said DeWitt. “This year obviously we have more concerns about it because the shortage of poll workers will and has already resulted in the closure of hundreds of poll sites, which leads to longer lines and a lot of confusion about where to vote.”

3 things to know about voting 3 months ahead of the 2020 election originally appeared on goodmorningamerica.com

Mon Aug 3 , 2020
Florence Pugh Says All the Criticism on Her Relationship With Zach Braff Is Belittling to “I’m 24 and I can’t choose who I love.” Florence Pugh and Zach Braff took their time making their relationship official, but fans and internet sleuths alike were in on the love story before the […] 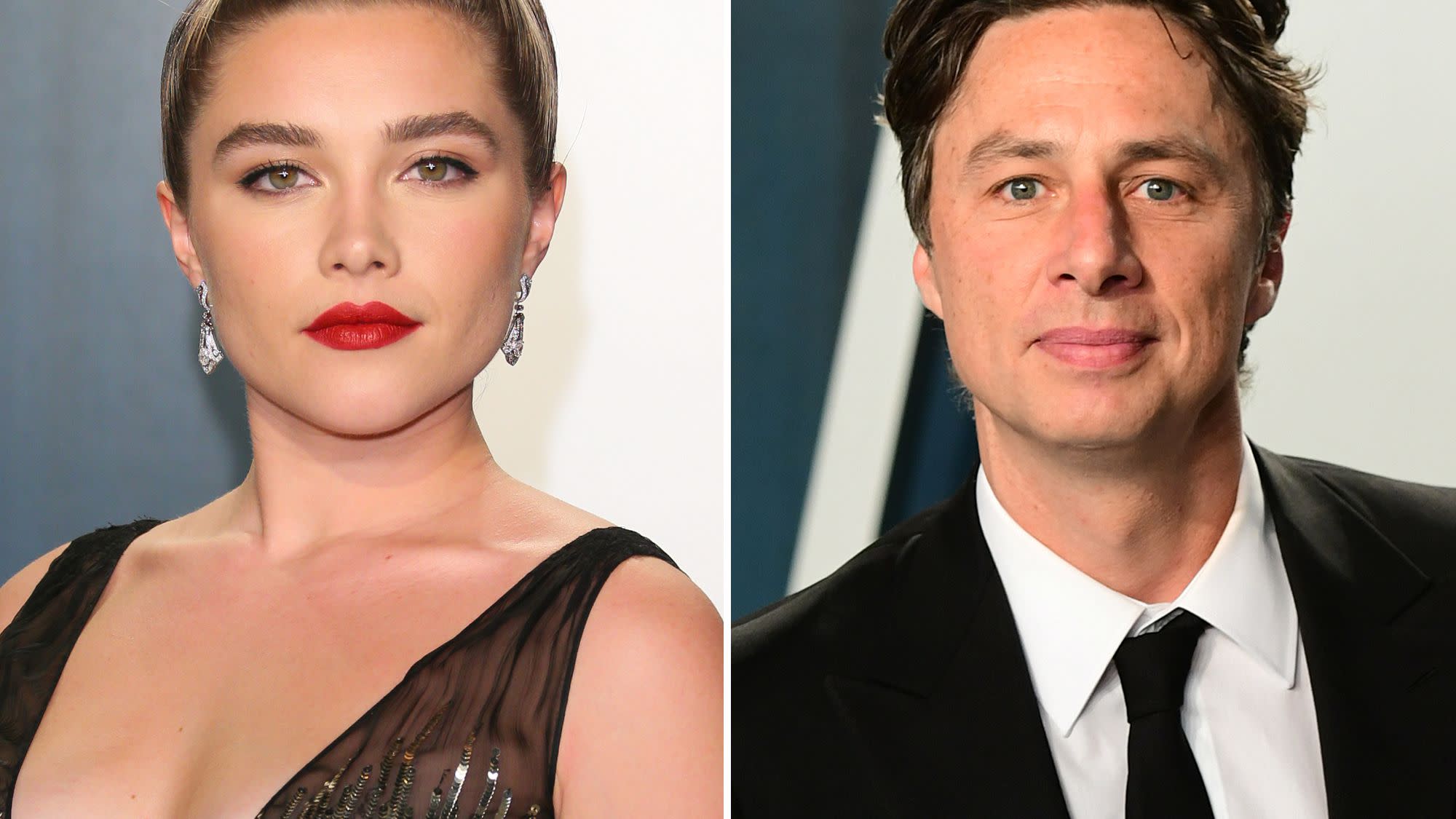