On his third bid for the White House, former Vice President Joe Biden became the Democrat’s official nominee for president Tuesday night, elevated by an online roll call that underlined the challenges he would face leading a nation still in the grip of the coronavirus crisis. “Thank you very, very […]

On his third bid for the White House, former Vice President Joe Biden became the Democrat’s official nominee for president Tuesday night, elevated by an online roll call that underlined the challenges he would face leading a nation still in the grip of the coronavirus crisis.

“Thank you very, very much from the bottom of my heart,” Biden said from the library of the Delaware school where his wife, Jill, gave a speech in his honor. ”Thank you all. It means the world to me and my family. And I’ll see you on Thursday. Thank you, thank you, thank you.”

Day Two of the bizarre, yet creative Democratic National Convention featured more attacks on President Trump by a host of Democrats — and some prominent Republicans — whose full-throated support of Biden is withstanding even the logistics of one of the most challenging nomination gatherings ever.

Whether it was Sunday school teacher and former President Jimmy Carter preaching about “integrity and judgment,” or former Secretary of State Colin Powell, a Republican, talking about values, speakers were united in their support of Biden, in whom they have pinned their strong-willed Oval Office hopes.

But no one articulated the Biden story with more emotion and expertise than the woman who has been by his side through every primary, debate and late-night phone call.

Speaking from her former classroom at Brandywine High School near the family home in Wilmington, Delaware, former teacher Jill Biden told the empathetic life story of her husband, who was left a widower when his first wife and infant daughter died in a 1972 car crash.

“I couldn’t imagine how he did it, how he put one foot in front of the other and kept going,” Jill Biden told her online and TV audience. “But I’ve always understood why he did it.. He does it for you.”

“How do you make a broken family whole?” Jill Biden said. “The same way you make a nation whole. With love and understanding, and with small acts of compassion. With bravery. With unwavering faith.”

She touched on the devastating blow coronavirus has dealt schools and children, especially now that many are unable to safely reopen because of the still-raging pandemic in many parts of the country.

“You can hear the anxiety that echoes down empty hallways,” the would-be first lady said. “The rooms are dark and the bright young faces that should fill them are confined to boxes on a computer screen.”

Jill Biden uplifted her husband on the same day he was officially nominated as the Democratic candidate for President of the United States with an online roll call from every corner of the country, but not before a former president tore into Trump for passing the buck on the coronavirus crisis and spending too much time on Twitter.

“If you want a president who defines the job as spending hours a day watching TV and zapping people on social media, he’s your man,” former President Bill Clinton said of Trump. “Denying, distracting and demeaning works great if you’re trying to entertain or inflame. In a real crisis, it collapses like a house of cards. COVID doesn’t respond to any of that.”

Clinton described Biden as a “go-to work president” and a “down to Earth, get the job done guy.”

“You know what Donald Trump will do with four more years, blame, bully and belittle,” Clinton said. “And you know what Joe Biden will do, build back better.”

“Joe Biden will be a president we will all be proud to salute,” Powell said. “With Joe Biden in the White House you will never doubt that he will stand with our friends and stand up to our adversaries. Never the other way around. He will trust our diplomats and intelligence community. Not the flattery of dictators.”

Even without a balloon-filled convention hall and rows and rows of placard-waving pols, delegates from Alaska to Alabama enthusiastically cast their votes for Biden and runner-up Bernie Sanders, the senator from Vermont.

“As an immigrant and registered nurse, I am proud to be part of America’s fight against COVID-19,” Tannis said. .

“But many healthcare workers don’t get paid sick leave or have enough protective equipment. I have two children with asthma and a mother who is high risk. I worry every day about bringing this virus home to them. Joe Biden’s plan will help us take better care of your loved ones as well as our own. Along with Lt. Gov. Kathy Hochul, I cast New York’s votes. 44 for Bernie Sanders. And 277 for our next president, Joe Biden. It’s Joe time.”

Fake fireworks, video conference applause and Kool and the Gang’s “Celebration” greeted the new nominee after his home state of Delaware cast the final 32 votes in his favor. He will officially accept the nomination in a Thursday speech.

“There’s nobody I trust more to lead our party, unite the country and restore our standing in the world,” said Delaware Sen. Thomas Casper. “What’s more he’s humble and tells the truth. He treats everybody he encounters with respect and builds bridges not walls. He’s a leader made for the moment and the finest public servant I have known.”

Wed Aug 19 , 2020
Iconic UK music brand NME has launched in Asia, even as the entertainment industry is hit by the coronavirus. NME says its new Singapore-based website will deliver a fresh approach to the South East Asian music scene. The company says it will initially focus on Singapore, Malaysia and the Philippines […] 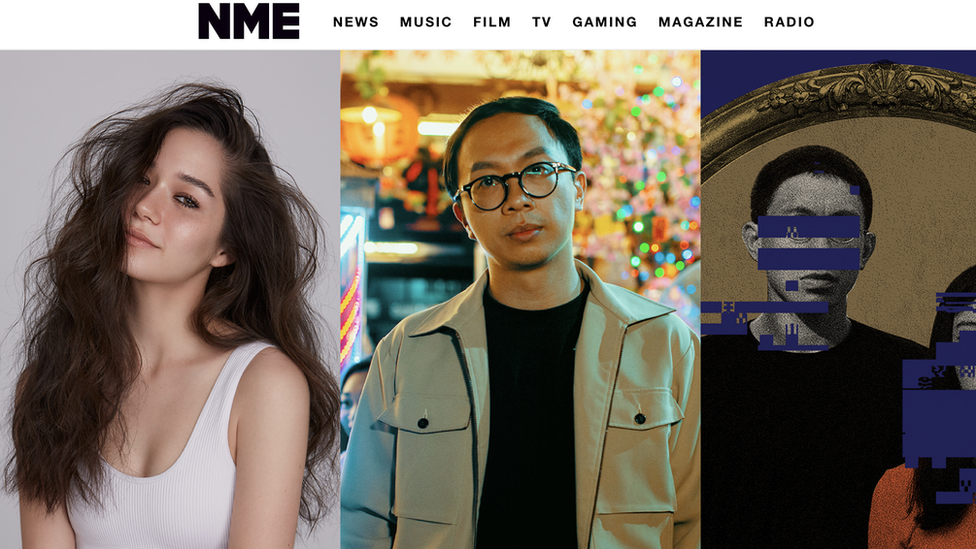